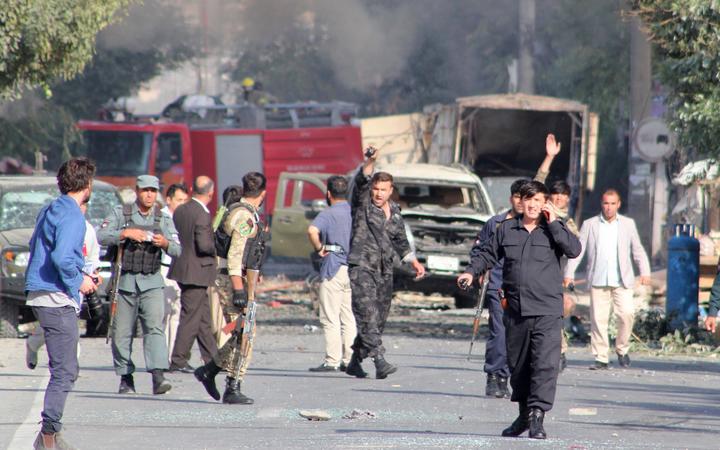 People respond as smoke rises from the scene of a bomb attack in Kabul. Photo: AFP

Saleh, a former Afghan intelligence services head, escaped with slight burns on his face and hand, he said.

Footage filmed shortly after the explosion showed a large plume of black smoke rising from the scene.

The blast came as Afghan officials and the Taliban are preparing to begin their first formal talks.

Saleh is known as a vocal opponent of the Taliban, and the former intelligence chief has survived several previous assassination attempts, including one last year that killed 20 people at his office.

Taliban spokesman Zabihullah Mujahid said in a tweet that the militant group was not involved in the blast. 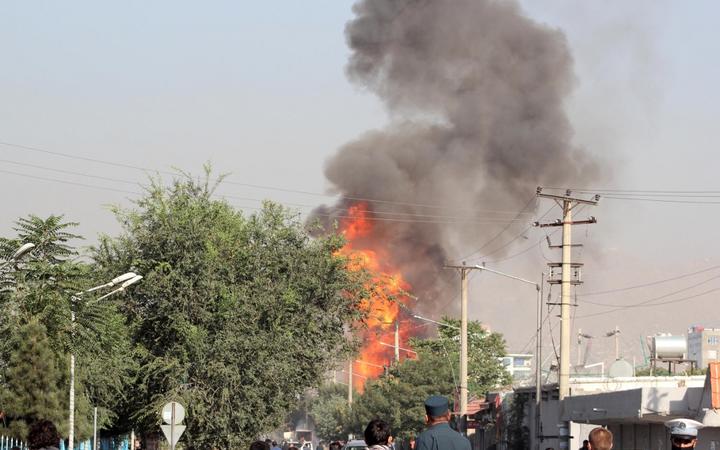 Tareq Arain, a spokesman for Afghanistan's interior ministry, said the explosion targeted Saleh's convoy as he travelled to work. He said 10 civilians who worked in the area were killed and 15 people, including one of Saleh's bodyguards, were wounded.

"Such attacks won't weaken our resolve for a lasting and dignified peace in Afghanistan," Javid Faisal, spokesman for the National Security Council, said in a tweet.

Speaking after the blast, Saleh vowed to continue his political work.

"The terrorists and their foreign backers cannot undermine the people's strong faith in peace, democracy and the bright future of our country," Ghani said in a statement. 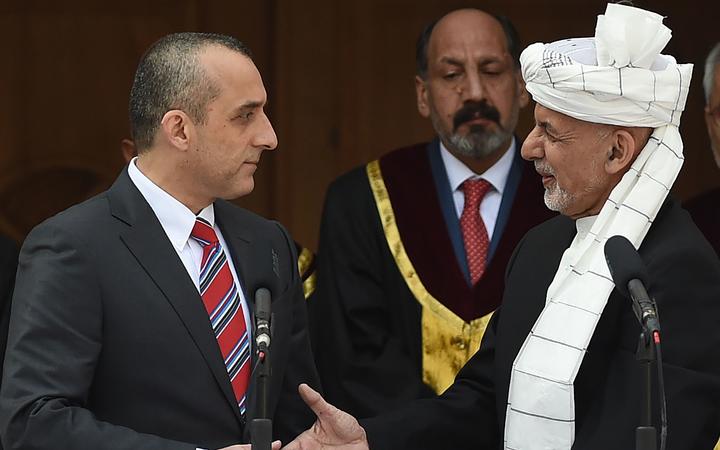 A European Union delegation in Afghanistan condemned the attack, calling it a "desperate act by spoilers of peace efforts, who must be collectively confronted".

Afghan officials are expected to begin long delayed talks with the Taliban in the coming days in Doha, Qatar, in an attempt to reach a political reconciliation after years of bloodshed.

Officials and diplomats have warned that rising violence is sapping trust needed for the success of talks aimed at ending an insurgency that began when the Taliban was ousted from power in Kabul by US-backed forces in late 2001.