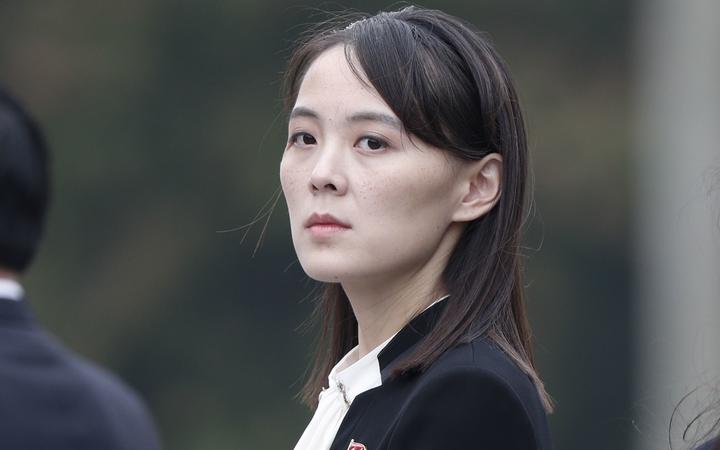 The leader still maintains "absolute authority", but handed various policy areas to others to reduce his stress levels, the spy agency reportedly said.

However, Seoul's spy agency has been wrong about North Korea in the past.

The claims were reportedly made during a closed-door briefing on Thursday to South Korea's National Assembly.

Lawmakers then discussed the assessment with journalists.

"Kim Jong-un is still maintaining his absolute authority, but some of it has been handed over little by little," the agency was quoted as saying.

Ms Kim now has responsibility for Pyongyang's policy towards the US and South Korea, among other policy issues, and is "the de-facto number two leader," it added, although it stressed that Mr Kim had "not selected a successor."

Kim's decision to delegate was in part to "relieve stress from his reign and avert culpability in the event of policy failure," it said.

However, some analysts have been sceptical of the intelligence, with website NKNews noting that she appeared to have missed two important meetings this month, leading to speculation from some observers that she may have been demoted.

Who is Kim Yo-jong?

She is the younger sister of Kim Jong-un and the only one of his siblings considered a close and powerful ally.

Born in 1987, she is four years younger than Mr Kim. The two of them lived and studied in Bern, Switzerland, at the same time.

Kim first gained international attention in 2018, when she was the first member of the Kim dynasty to visit South Korea. She was part of the delegation to the Winter Olympics, where North and South competed as a joint team.

She also worked alongside her brother at international summits, including his meetings with South Korean President Moon Jae-in, China's Xi Jinping and US President Donald Trump.

North Korea is one of the world's most secretive societies.

South Korea's National Intelligence Service may have more intelligence on the North than most other organisations, but it has still had a mixed record.

For example, in 2016, South Korean media cited a similar briefing by the spy agency in which it was said that the chief of staff of the North Korean army, Ri Yong-gil, had been executed.

Three months later, the South Korean government said that he appeared to be alive, as his name had appeared on a list of party officials.

In 2017, the spy agency also admitted it tried to manipulate the result of the 2012 presidential election in the South.