An Australian swimmer has broken the men's record for the number of cross-Channel crossings - and been assured her fears of falling foul of the UK-France quarantine rules are unfounded. 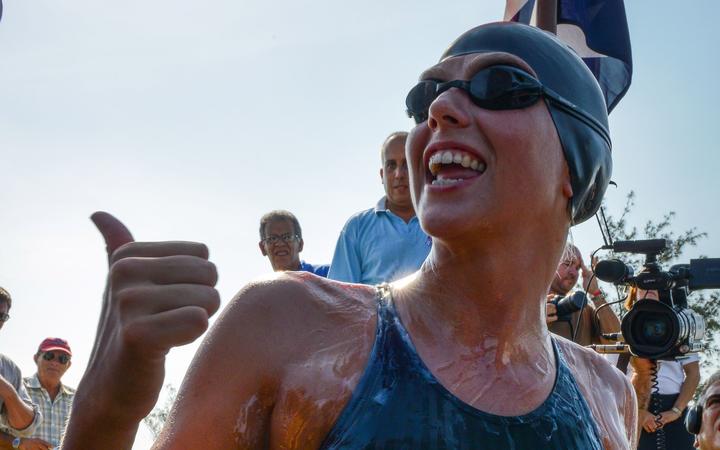 Chloe McCardel received special dispensation from the Australian government to travel to the UK for her record attempt. (file pic) Photo: AFP

Chloe McCardel took 10 hours and 40 minutes to complete her 35th Channel crossing, after setting off from Kent on Saturday evening (UK time).

She was worried arriving in Calais would require her to self-isolate. But she said UK and French coastguards have given her the all-clear.

"I would like to have a little celebration this evening in England. I'm extremely lucky to be surrounded by so much love and support, from my English host to my support boat captains and crew, and I'm excited to celebrate this achievement together with them."

The 35-year-old started her 33km swim from Abbot's Cliff beach near Folkestone at 10pm on Saturday, and arrived in France just before 7am.

She intended to spend only a few moments on the French shore before swimming back out to her support boat for the return journey.

"We don't go anywhere near the border officials or passport control, so I'm hoping technically the quarantine thing won't apply," she had said ahead of the swim.

McCardel is now second on the list of the most Channel swims, passing the men's record of 34 held by Briton Kevin Murphy.

Equalling the women's record will be a greater task, however - Alison Streeter, the "Queen of the English Channel", has swum the distance 43 times. 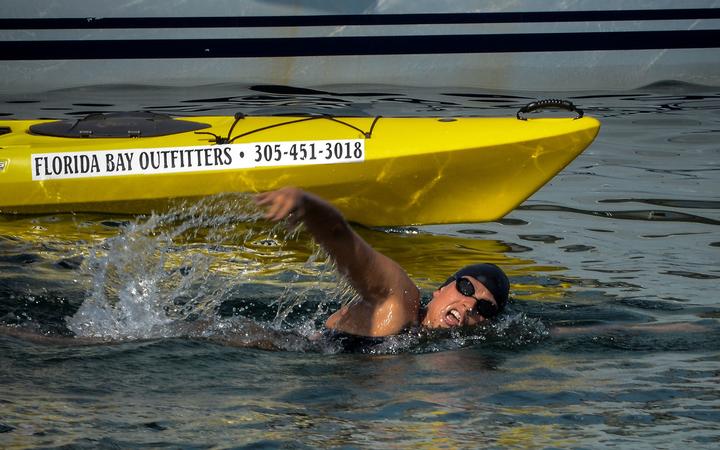 The Department of Transport had advised McCardel to seek legal advice ahead of the swim.

She said she has been advised by the Channel Swimming Association that her swim could go ahead.

"They said Channel swims are allowed as long as you observe social distancing when you land and don't stay on the shore for more than 10 minutes, which is standard practice for us," McCardel told the BBC shortly before embarking on the swim.

She said there was little risk of coming into contact with someone in France because her swims usually end in an area of boulders near Cap Gris-Nez.

McCardel already negotiated special dispensation from the Australian government to travel to the UK for her record attempt.

In recent weeks she has completed three Channel crossings, taking her level with British swimmer Murphy, on 34 crossings.

She told the Daily Telegraph that she hopes that her latest feat can help to raise awareness about domestic violence, revealing that she is a survivor who has been diagnosed with post-traumatic stress disorder.

Speaking after completing her feat, she said: "It's a very momentous occasion and I'm very proud to be able to represent Australia.

"I've also been thinking a lot about the people in lockdown, particularly women facing domestic violence, and I'm proud to be able to be a voice for those who don't have one." 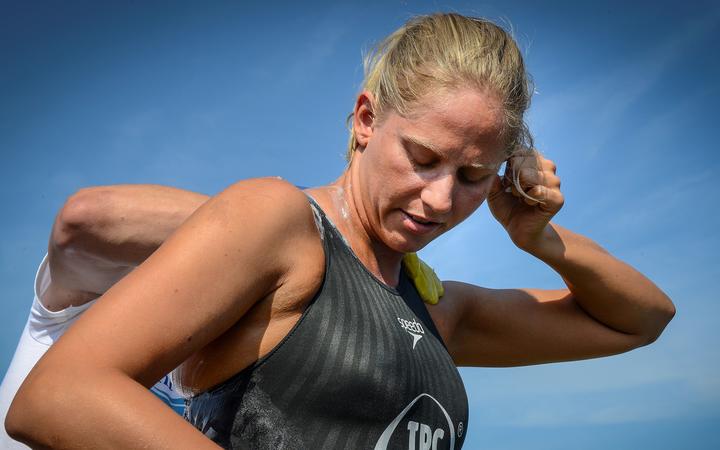 McCardel holds multiple records for endurance swimming, including the longest ratified unassisted ocean swim in 2014, when she covered 124.4km in 41.5 hours in the waters around the Bahamas.

In 2017, she became the first person to attempt a quadruple non-stop crossing of the English Channel, but she was not successful in completing the 135km journey.

The feat was finally achieved by Sarah Thomas, from the United States, last year - one year after she was treated for breast cancer.