A major incident has been declared by authorities in Greater Manchester following recent rises in coronavirus infection rates. 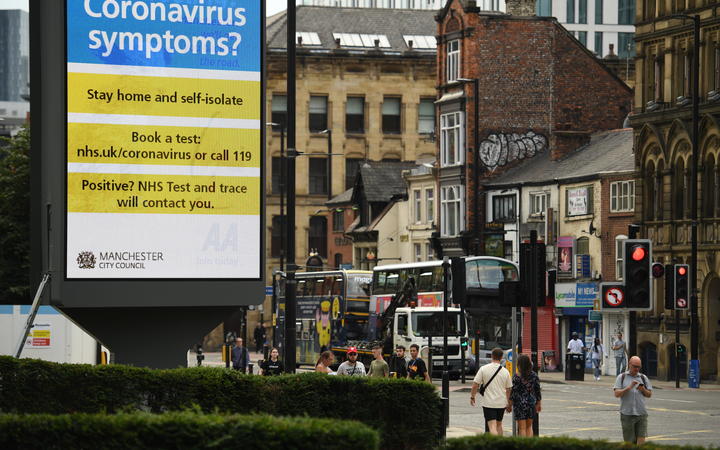 Greater Manchester Police (GMP) said the decision was taken to help agencies respond "as effectively as possible", including with extra resources.

People "should not be alarmed" by the news as it was "standard practice", Manchester City Council said.

Greater Manchester is one the areas subject to new lockdown measures.

The new restrictions announced on Thursday - that also apply in east Lancashire and parts of West Yorkshire - ban separate households from meeting each other at home.

The new rules also banned members of two different households from mixing in pubs, restaurants and other hospitality venues, but those businesses are permitted to remain open for those visiting individually or from the same household.

Greater Manchester Combined Authority (GMCA), which is made up of 10 councils - Bolton, Bury, Manchester, Oldham, Rochdale, Salford, Stockport, Tameside, Trafford and Wigan - said the public should be "reassured" that the guidelines remain unchanged.

"This move was simply to enable public agencies to access any additional resources they need as quickly and efficiently as possible," a GMCA spokesperson said.

"This is no more than a boost to our capabilities... and maximise our resources in the drive to reverse the spike in infection which we have witnessed in the last seven to 10 days."

Out of the top 20 worst affected local authority areas for Covid-19 infections in England, Greater Manchester boroughs make up more than a third of the list with seven entries.

"Although the council and partner organisations have been working closely to tackle the impacts of the pandemic since early this year, declaring a major incident means we can ramp this up further," he said.

"Following last week's government announcement of preventative public health measures across Greater Manchester to address the rising number of Covid-19 cases, the public would expect us to give this situation our concerted collective attention.

"That, with a view to enabling these restrictions to be lifted as soon as possible, is exactly what we are doing."

GMP Assistant Chief Constable Nick Bailey said: "It is part of our desire to protect the population of Greater Manchester and provide them with the highest levels of assurance that agencies are doing all they can to reduce infection rates and bring Greater Manchester back to as near a state of normality as current times allow.''

The Department of Health and Social Care is yet to comment.