Warning: Some details of the alleged offending may be confronting.

A 23-year-old Sydney man has been charged by federal police in Australia with sexually exploiting a young New Zealand girl he groomed through social media. 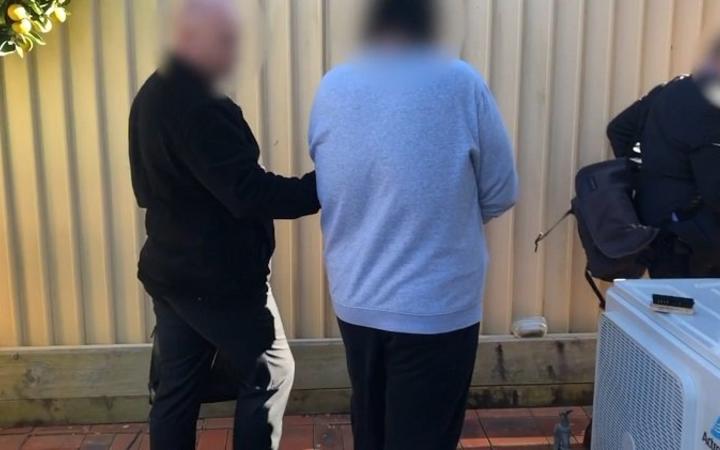 The man is expected to appear in court today. He faces a maximum seven years imprisonment if convicted.

The Australian Federal Police's (AFP) New South Wales Child Protection team launched an investigation after New Zealand Police reported that a man in Sydney had posed as a child to send sexually explicit messages to a young girl and had coerced her into sending photographs to him.

The man was arrested on 3 June after a search warrant was executed at his home.

A computer and phone were seized which police alleged contained child abuse material, including records of sexualised online conversations with young girls, the AFP said.

AFP Commander Kirsty Schofield hoped the allegations would also be a reminder that cyber security was an important conversation for families to have.

"It is important that children feel comfortable talking to adults if they are worried about someone who has contacted them online and not share anything online that they would not tell anyone else about," she said.

AFP Superintendent Ben McQuillan, who led the investigation, told Checkpoint cases like these were not uncommon.

"What happened was the offender is alleged to have sent a number of images to a nine-year-old female over in New Zealand.

"She was then coerced into sending some self-produced intimate images to the offender."

He could not name the platform where the incident occurred but said it was a popular app that allowed for communication. "We would allege that he was simply trolling in that app to identify potential victims."

The man posed as someone who was about the same age as her.

"He forwarded intimate images purporting to be someone who he was not. And as a result of that discussion or conversation, he's been able to coerce this nine-year-old female into producing child exploitation images of herself, and then transmitting them to him across that same platform."

McQuillan couldn't say if the photos were forwarded.

"Pretty much once something's on the internet. It's, it's there forever. It's very difficult to remove."

The girl's family reported it to New Zealand authorities who undertook some checks and were able to identify that the suspect was located in Australia, and the matter was referred to the Australian Federal Police.

The AFP investigated and identified a person who was the user of the device with that IP (internet protocol) address.

"There are a number of electronic items that were seized, and some of those items are still in the process of being examined, but certainly our investigators were confident that they were able to uncover evidence of the alleged offending in relation to this nine-year-old New Zealand victim, and the enquiries are ongoing into the material that was found on a number of seized devices."

He said often with cases like this there was the chance of identifying more victims and offenders being in contact with other like-minded persons.

However, he was not concerned about other offenders in this case.

The man had not come to the attention of the Australian Federal Police before but had been on the radar of some other agencies previously.

McQuillan said parents should be aware of what their children were doing online.

"Know how the platforms and the apps that your kids are using - how they operate, and talk to your kids openly about the potential dangers of interacting with people.

"What I would say is to let them know that it's okay to tell someone if they have concerns over activity that they're engaging in or that people have asked them to do."

McQuillan said children should be able to tell someone as soon as possible if they are feeling uncomfortable about their activities, regardless of any promises or threats.

"I think this case shows that internationally and domestically we're working very well with our partners and when that sort of information does come into our possession we act swiftly to make sure that people are brought to justice."