The world is facing a staggering jobs challenge with a quarter of a billion people set to lose their job this year, the president of Microsoft has said. 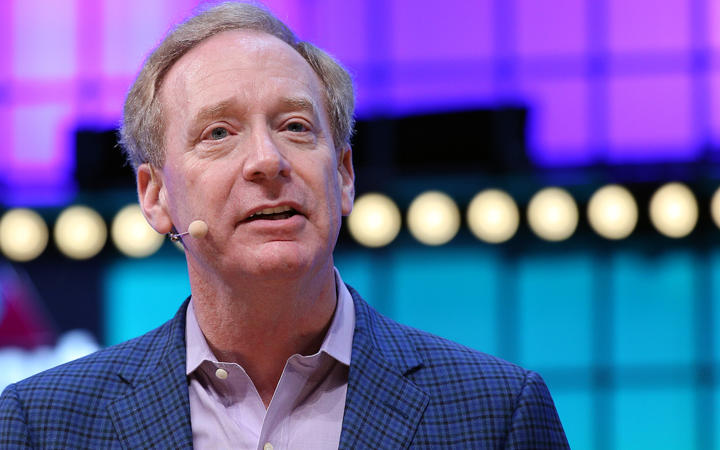 Brad Smith says millions will need to learn new skills to get jobs, or even to hang on to their old one, as the digitisation of economies races ahead.

Microsoft recently announced a plan to deliver skills and training to 25 million people globally this year.

It will offer training, skills, certifications and help finding jobs.

The firm will do this with the help of Microsoft-owned LinkedIn. However, Smith admitted that many jobs in many countries would be beyond the reach of digital retraining.

"It's true that the nature of work varies widely around the world. Not all jobs can be digitised, particularly in the developing world.

"We live in a world of internet inequality - if we don't do something about it we are going to exacerbate all the other inequalities that we all worry about. This is a task beyond any one company or any one government but if we can reach 25 million people we will feel like we are doing our part."

Microsoft will spend $NZ30.5 million on this programme, which will strike many as fairly small given this is a company whose value has increased by $US500 billion in the past year.

If big US tech looked powerful before Covid-19, it looks imperious now. Just five companies make up 20 percent of the value of the S&P 500 index. Does he understand why many feel big tech is too powerful and needs reining in?

"Tech is a powerful tool but it can also be a formidable weapon in the wrong hands," he says. "So this is a critical time for technology, it has more responsibility than ever."

"I think people have more questions than ever and that's not a bad thing. To ensure that technology is a force for good, governments need to move more quickly to develop technology-focused laws. While tech companies need to exert some self-restraint."

'Nothing can be solved without us'

Getting global agreement on how to regulate and tax technology has proved notoriously difficult and many countries are nervous as the increasing digitisation of their economies makes it harder to generate the tax revenue they will need to pay for the trillions of dollars of damage Covid-19 has done.

Advances in technology will also lead to an increase in automation and AI which may only hasten mass unemployment. What responsibility does Smith feel that tech companies have to pay for the changes to employment that they are ushering in?

"I think the good news is that governments have all the tools they need to make sure that tech companies remain responsive and responsible under the rule of law," he says.

"Fundamentally the responsibility of companies and countries is to make sure that people have the skills to ensure they reap the benefits rather than suffer from the consequences of the changes unleashed.

"I think we all need to recognise that tech cannot solve everything, but nothing can be solved without us".