Two pioneers of the US civil rights movement have died; CT Vivian, a reverend who fought the Ku Klux Klan, and John Lewis, a long-serving congressman. 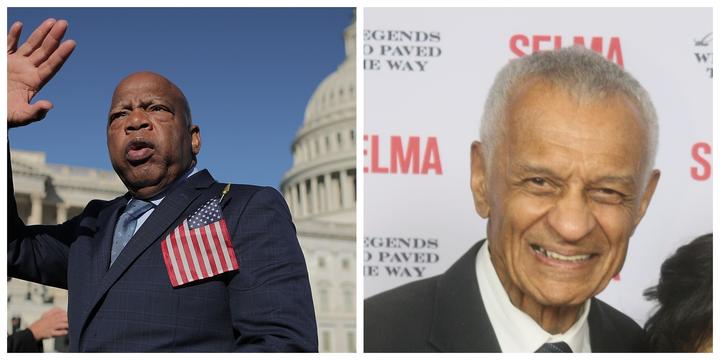 Both men worked alongside Martin Luther King, led early and formative protests against the treatment of black Americans, took part in the freedom rides in the South, and inspired many others.

US House of Representatives Speaker Nancy Pelosi confirmed John Lewis' death on Saturday. The 80-year-old had announced in December that he had advanced pancreatic cancer.

From Atlanta, Georgia, he played an outsized role in American politics for 60 years. He was a long-time member of the House of Representatives, and had endured beatings by white police and mobs.

Lewis, a protege of King, was present at many of the seminal movements of the civil rights movement. He was a founding member of the Student Nonviolent Coordinating Committee, which was a key organiser in the struggle. He spoke at the 1963 March on Washington, where King delivered his "I have a dream" speech. And he was badly beaten by an Alabama state trooper in the Bloody Sunday March 1965, part of the Selma to Montomery marches. 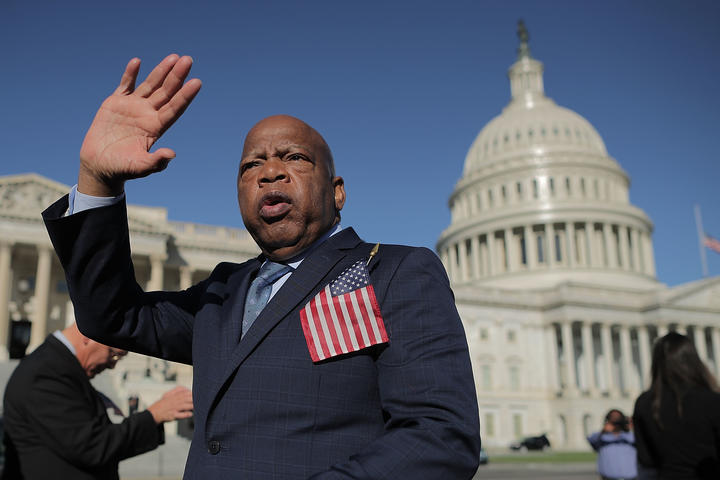 "John Lewis was a titan of the civil rights movement whose goodness, faith and bravery transformed our nation from the determination with which he met discrimination at lunch counters and on Freedom Rides, to the courage he showed as a young man facing down violence and death on Edmund Pettus Bridge, to the moral leadership he brought to the Congress for more than 30 years," Pelosi said.

Lewis kept up his fight for civil rights until the end of his life, tangling with Donald Trump, even before the now-Republican president took office. He made his last public appearance in June, as protests for racial justice swept the United States and the world.

Using a cane, he walked with Washington D.C. Mayor Muriel Bowser on a street by the White House that Bowser had just renamed Black Lives Matter Plaza, where a large yellow mural with the movement's name was displayed - large enough to be seen from space.

Tributes quickly began pouring in from other politicians.

John Lewis was an icon who fought with every ounce of his being to advance the cause of civil rights for all Americans. I'm devastated for his family, friends, staff—and all those whose lives he touched.

My friend, thank you for showing the world what #GoodTrouble looks like. pic.twitter.com/cvG8nSJCW5

"John Lewis was an icon who fought with every ounce of his being to advance the cause of civil rights for all Americans," said Senator Kamala Harris, the first African American to represent California in the Senate, on Twitter.

"I'm devastated for his family, friends, staff - and all those whose lives he touched.

US Senator Elizabeth Warren wrote on Twitter, "John Lewis was a true American hero and the moral compass of our nation. May his courage and conviction live on in all of us as we continue to make good trouble for justice and opportunity."

God has welcomed @repjohnlewis home. Defender of justice. Champion of right. Our conscience, he was a griot of this modern age, one who saw its hatred but fought ever towards the light. And never once did he begrudge sharing its beauty. I loved him & will miss him. #JohnLewis pic.twitter.com/XNbiEsClQl

"Champion of right. Our conscience. He was a griot of this modern age, one who saw its hatred but fought ever towards the light. And never once did he begrudge sharing its beauty. I loved him & will miss him," said Stacey Abrams, a Democratic activist and founder of Fair Fight, a voting rights group in Lewis' home state. 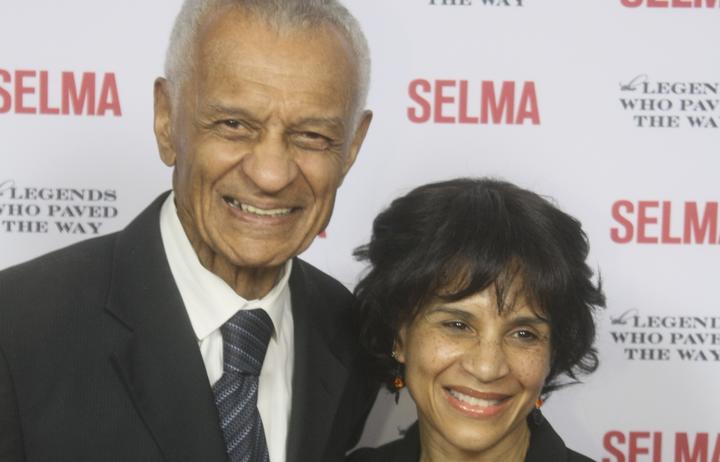 The American civil rights leader the Reverend C T Vivian died yesterday at his home in Atlanta at the age of 95.

An advocate of peaceful protest, from Missouri he took part in the freedom rides against racial segregation on buses in the American South in the 1960s and worked alongside Martin Luther King.

Reverend C.T. Vivian was a strategic nonviolent leader, a brilliant mind who believed that soul force could overpower physical force. I’m thankful for his legacy of service and influence, including in my father’s life. #CTVivian #MLK pic.twitter.com/UlEJySXtqF

He "was a strategic nonviolent leader, a brilliant mind who believed that soul force could overpower physical force," said King's daughter Bernice King, in a Tweet.

"I'm thankful for his legacy of service and influence, including in my father's life."

In Marion, Alabama in February 1965, he led a group going to register to vote, and faced a sheriff who blocked their path then beat Vivian, while the altercation was filmed. The footage shocked many, and led to a groundswell of support for their cause.

It also led to the Selma to Montgomery marches, which Lewis took part in.

An organisation Vivian founded in the 1970s to monitor the Ku Klux Klan later became the Center for Democratic Renewal.

"It was bigger than the Klan," Vivian said.

"We called it the Center for Democratic Renewal because the whole culture had to be renewed if it truly was going to be a democratic one."

Vivian was awarded the Presidential Medal of Freedom by then-President Barack Obama, in 2013.