Protesters have marched through Wellington's CBD, in solidarity with similar protests in the US and calling for better support for the black transgender and non-binary community in Aotearoa. 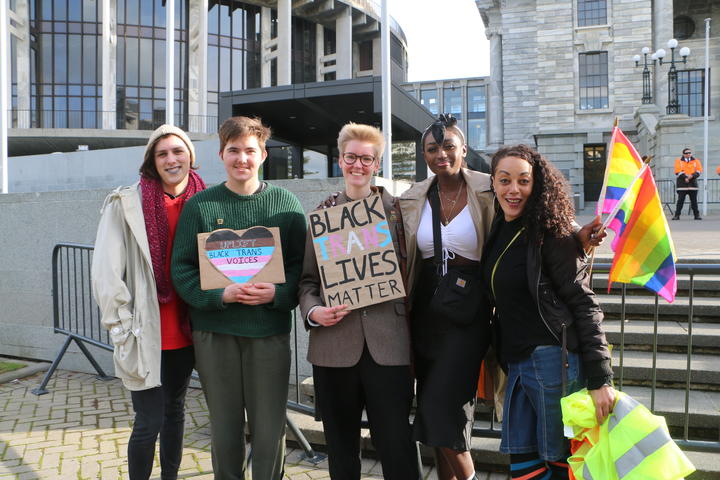 The Black Trans Lives Matter march ended outside Parliament, where about 200 people gathered to listen to guest speakers.

Organiser Chinwe Akomah said the Black Lives Matter movement in New Zealand so far had been "fantastic and powerful", but the experiences and voices of the most vulnerable members of the black community had been missing from it.

She said the "black transgender, non-binary and queer" population is small, but they still need to be heard.

Akomah said the event was "not for them to be here marching to say that their lives matter" but for the people showing up to demonstrate their support for the community.

She said many black transgender New Zealanders do not have access to basic civil rights, such as quality healthcare and often face abuse just for walking down the street. 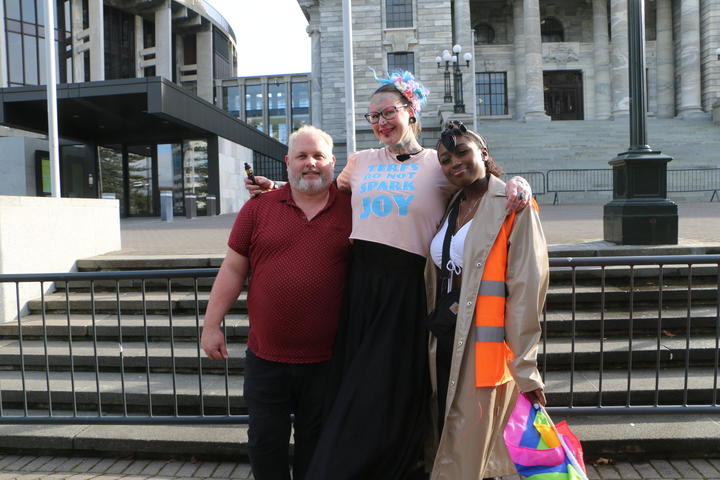 The chair of Wellington Pride, Vivian Lyngdoh, said although there are more obvious issues facing black trans people in America, there are problems that need addressing in New Zealand too.

"We think this is not happening here... but government funding is not favourable to the country's rainbow communities." 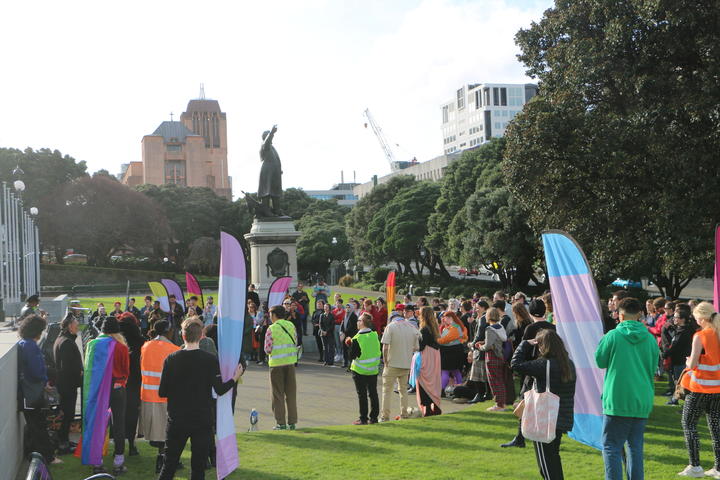 Lyngdoh said all members of the LGBT+ population need to be included in conversations around policy change.

"New Zealand has always been seen as a progressive country, but we will have to continue to do better for our rainbow communities" he said.

A recent report by the Human Rights Commission found people of diverse sexual orientation, gender identity, and sex characteristics were missing out on access to basic human rights. It found that when a member of this group was also part of another minority group, such as by having disabilities, being from an indigenous population or being a person of colour, it can compound experiences of violence and discrimination. 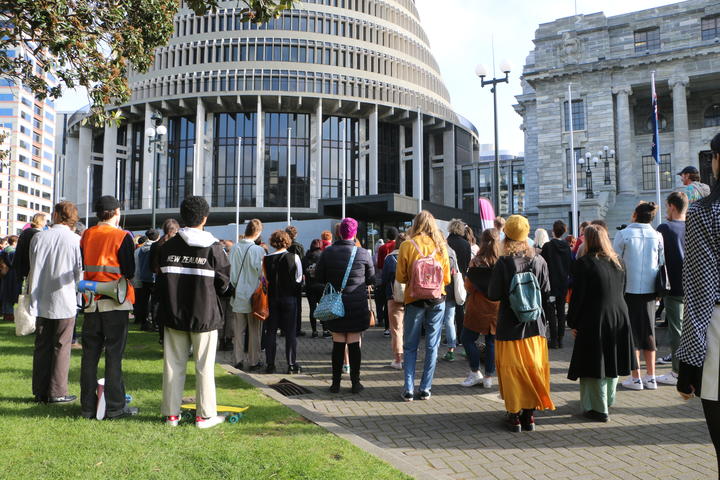