German police have arrested a suspected gunman nicknamed "Rambo" after a five-day manhunt in the Black Forest. 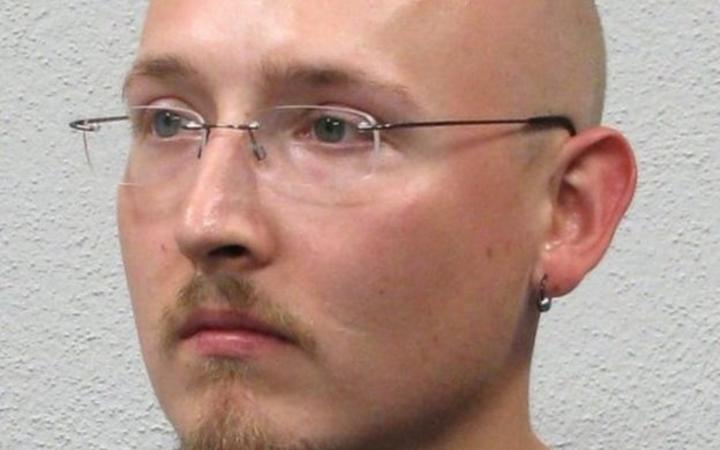 German man Yves Rausch, 31, was nicknamed "Rambo" by media after the fictional, violent Vietnam war veteran who goes on the run from US police. Photo: German police

Yves Rausch, 31, is said to have fled into the forest near Oppenau, in south-west Germany, on Sunday after threatening four police officers and taking their pistols.

An elite unit, helicopters, thermal detectors and sniffer dogs had been deployed to find him.

More than 2530 officers were involved in the operation, police said.

The suspect was found hiding in a bush with four handguns placed in front of him and an axe in his lap, deputy regional police chief Juergen Rieger told reporters.

Rausch was slightly injured in the operation, as was a police officer by the axe, Mr Rieger added. Neither needed hospital treatment.

A postal worker gave police information which helped lead to his arrest.

"I am very relieved - I think a line can be drawn under a really extraordinary situation for our little town," Mayor Uwe Gaiser said, according to Associated Press.

How did the confrontation with police begin?

Police were initially called over reports of a suspicious man hanging around a hut in forest near Oppenau on Sunday.

They found Rausch in a hut on the edge of the forest, and said he had first appeared co-operative before suddenly pulling out a pistol and disarming the four officers. He was wearing camouflage gear.

Media reports have nicknamed him "Rambo" after the fictional, violent Vietnam war veteran who goes on the run from US police.

What do we know about 'Rambo'?

Police say he had lived in the Oppenau area a long time and he is believed to know the forest well.

His mother said he was evicted from his rented flat last year. It is unclear if it is the same flat which Bild reported he had rented above a local inn last year, where he had set up a shooting range in his attic.

He had gone to stay at an aunt's home before finally making a home for himself in the forest, his mother added. She described him as a "woodsman", saying "he wanted to escape into nature, to be free".

According to his mother, he grew his own vegetables, used the hut as his home, and carved wooden gnomes which he hoped to sell.

His mother said she had had a coffee with him at a local market on 8 July and he had appeared "perfectly normal".

He has a lengthy criminal record. Ten years ago, he was handed a juvenile sentence of more than three years for shooting a woman with a crossbow.