The US has announced sanctions against Chinese politicians who it says are responsible for human rights violations against Muslim minorities in Xinjiang. 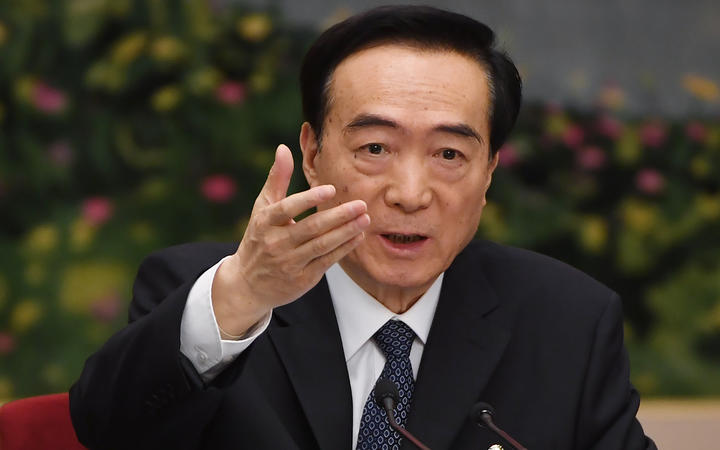 China is accused of mass detentions, religious persecution and forced sterilisation of Uighurs and others.

China denies any mistreatment of Muslims in far-western Xinjiang.

Authorities there are thought to have detained about a million people in re-education camps in recent years. They say "vocational training" is needed to counter radicalism and separatism.

Chen, who sits on the Chinese Communist Party's powerful Politburo, is the highest-ranking Chinese official ever to be hit by US sanctions, the Trump administration says. He is seen as the architect of Beijing's policies against minorities, and was previously in charge in Tibet.

It is now a crime in the US to conduct financial transactions with all of them, and they will have their US-based assets frozen.

However, Huo will not be subjected to visa restrictions that bar the others and their families from entering the US.

Sanctions have also been placed on the Xinjiang Public Security Bureau as a whole.

US Secretary of State Mike Pompeo said the US was acting against "horrific and systematic abuses" in the region.

"The United States will not stand idly by as the CCP [Chinese Communist Party] carries out human rights abuses targeting Uighurs, ethnic Kazakhs and members of other minority groups in Xinjiang," he said in a statement.

He said the US was also placing additional visa restrictions on other unnamed Communist Party officials believed to be responsible for abuses in Xinjiang. Their family members may also be subject to the restrictions.

Tensions between the US and China are already high over the coronavirus pandemic and China's decision to introduce a national security law in Hong Kong that has faced significant criticism from the West.

What is China doing in Xinjiang?

Rights groups say up to a million Muslims have been detained in high-security prison camps across Xinjiang province. 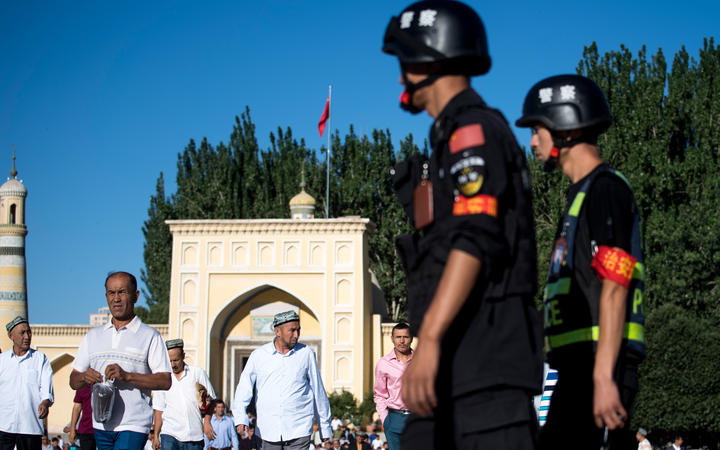 Last year, the BBC saw leaked documents that showed 15,000 people from southern Xinjiang were sent to the camps in one week alone.

The same documents showed inmates can be released only when they "understand deeply the illegal, criminal and dangerous nature of their past activity".

The Chinese authorities say the Uighurs are being educated in "vocational training centres" in order to combat violent religious extremism.

However evidence shows many are being detained for simply expressing their faith - for example, praying or wearing a veil - or for having overseas connections to places like Turkey.

Uighurs, who are mostly Muslim, are ethnically Turkic and make up about 45 percent of Xinjiang's population.

Last month a report by China scholar Adrian Zenz found China was forcing women in Xinjiang to be sterilised or fitted with contraceptive devices.

The report has prompted international calls for the United Nations to investigate.