Chemical firm Bayer is to pay up to $US10.9 billion to settle cancer claims linked to its Roundup weedkiller. 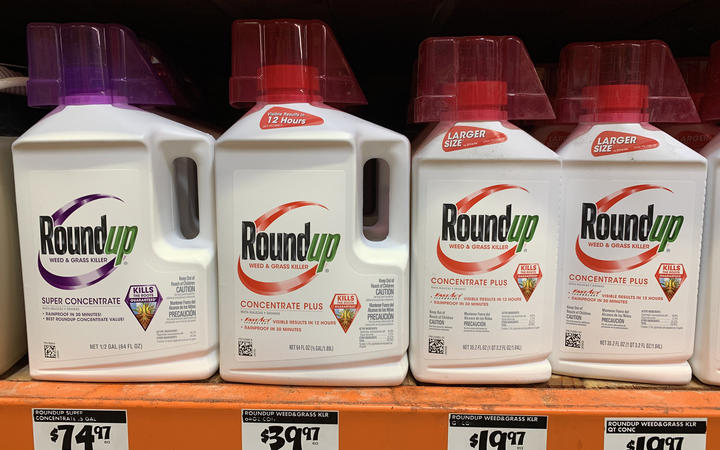 The glyphosate-based product has been subject to about 125,000 lawsuits over its allegedly carcinogenic effects.

Bayer denies any wrongdoing but said the payout would end "uncertainty".

Roundup was originally launched by US firm Monsanto, which bought by Bayer in 2018.

Since its introduction more than four decades ago, it has become known as the world's most popular weedkiller.

As part of the settlement, Bayer will pay as much as $9.6b to resolve outstanding claims, and set aside a further $1.25b to deal with any future action, the company said in a statement on its website.

"It has been a long journey, but we are very pleased that we've achieved justice for the tens of thousands of people who, through no fault of their own, are suffering from Non-Hodgkin Lymphoma after using a product Monsanto assured them was safe," Robin Greenwald, Practice Group Chair, Environmental Pollution and Consumer Protection at Weitz & Luxenberg, said in a statement.

Up to $5b of the agreed payout will be released this year, with a further $5b paid in 2021. Bayer said an agreement had not yet been reached for about 25 percent of the outstanding claims.

"First and foremost, the Roundup settlement is the right action at the right time for Bayer to bring a long period of uncertainty to an end," wrote Werner Baumann, chief executive of Bayer.

He repeated the company's view that the science indicates "Roundup does not cause cancer, and therefore, is not responsible for the illnesses alleged in this litigation".

The German chemical giant bought Monsanto for $63b two years ago and immediately faced legal battles over the herbicide.

In their lawsuits, users blame Roundup and its active ingredient glyphosate for their non-Hodgkin's lymphoma and other cancers.

Glyphosate is the active ingredient in many weedkillers, although the science about its safety is still far from conclusive. Some countries have banned herbicides that contain glyphosate while others continue to use them.

Bayer denies glyphosate is a carcinogen, a position backed by the US Environmental Protection Agency.

In addition to the Roundup compensation, Bayer will also pay about $820 million to settle cases related to water pollution from the use of the now-banned toxic chemical compound polychlorinated biphenyl (PCB).

On top of this, another $400m will be paid by Bayer to settle allegations that its dicamba-based herbicide caused damage to crops. Dicamba has also now been banned in America.