The man held on suspicion of killing three people at a park in Reading was known to MI5, security sources say. 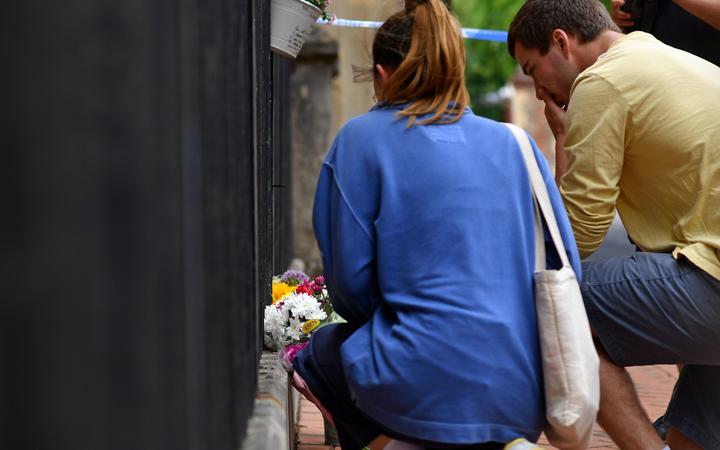 People leave flowers at a police cordon at the Abbey Gateway near Forbury Gardens park in Reading, west of London. Photo: AFP

Khairi Saadallah, 25, from the town, was arrested at the scene yesterday and police say they are not looking for anyone else over the terror incident.

Sources told the BBC he is originally from Libya and came to the attention of MI5 in 2019.

One victim has been named as teacher James Furlong - described by his school as "talented and inspirational".

Paying tribute to Furlong, head of history, government and politics at the Holt School in Wokingham, the school's co-heads said he was a "kind and gentle man" with a "real sense of duty".

Prime Minister Boris Johnson said he was "appalled and sickened" by the attack in Forbury Gardens on Saturday evening [UK time].

Security sources said the suspect came to the attention of the security services after they received information he had aspirations to travel abroad - potentially for terrorism, according to the BBC's home affairs correspondent Dominic Casciani.

When the information was further investigated, as the first stage of looking into a potential lead, no genuine threat or immediate risk was identified.

No case file was opened which would have made him a target for further investigation.

In a statement, Anne Kennedy and Katie Pearce - co-head teachers of the secondary school for girls - said Furlong "truly inspired everyone he taught through his passion for his subject and his dedication".

"He was determined that our students would develop a critical awareness of global issues and in doing so, become active citizens and have a voice," they said.

Johnson has promised action following the incident "if there are lessons that we need to learn".

Metropolitan Police Assistant Commissioner Neil Basu, head of counter-terrorism policing, described it as an "atrocity" and said his "deepest sympathies go to the families who will be mourning loved ones after this horrific act".

Mr Basu said investigators are not looking for anyone else in connection with the attack. 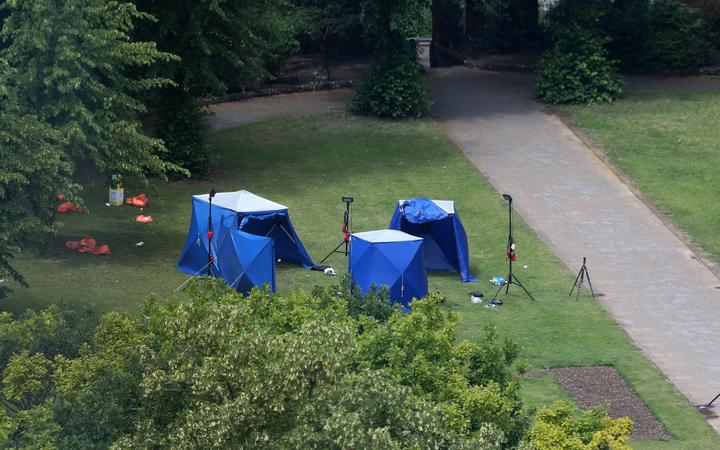 Police tents and equipment at the scene of a fatal stabbing incident that is being treated as terrorism in Forbury Gardens park in Reading. Photo: AFP

One person remains in hospital

A witness told the BBC he saw a man moving between groups of people in the park in Reading town centre, trying to stab them.

Three other people were injured in the attack, which took place at about 7pm on Saturday.

Two of the injured people have been discharged and one remains in hospital, although the injuries are not thought to be life-threatening.

Labour leader Sir Keir Starmer has said that "people are united in their grief" following the attack, and that he wants to speak to the prime minister to discuss how to "learn from this".

"This is not a time for party politics," he said. "It's incumbent on all of us to pull together in response to this on a cross party basis."

Thames Valley Police said the attack was now being treated as terrorism and that Counter Terrorism Policing South East would be taking over the investigation.

The force's chief constable, John Campbell, told reporters later that a man was arrested within five minutes of the first emergency call made to police.

He said lives had been "devastated", but added that there was not believed to be a wider risk to the public and there was nothing to suggest anyone else was involved.

"I would like to reassure you that at this time we do not believe there to be a wider risk to the public," he said. 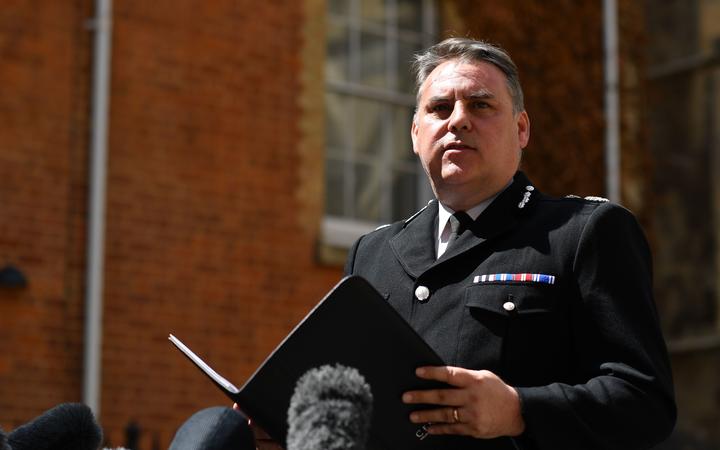 Basu added: "I am sure we would all want to recognise the bravery of those police officers responding, but also that a number of members of the public were helping my officers and the victims at what was a very distressing scene."

The prime minister has held a meeting with security officials, police and senior ministers over the incident.

Speaking in Downing Street, Johnson said: "If there are lessons that we need to learn about how we handle such cases, how we handle the events leading up to such cases then we will learn those lessons and we will not hesitate to take action when necessary."

He said that included changes to the law, as they had done over the automatic early release of terrorist offenders.

Basu said police were working with the coroner to formally identify those who had died and he praised the actions of Thames Valley Police officers - "unarmed and incredibly brave" - who detained the suspect.

He also said the public should not be alarmed about visiting busy places as a result of this attack.

A police cordon remains in place around Forbury Gardens - which is a short walk from the train station - and blue and white tents have been erected next to the walls of the park.

The UK's terrorism threat level of "substantial" is the third of five ratings at which the threat level can stand.