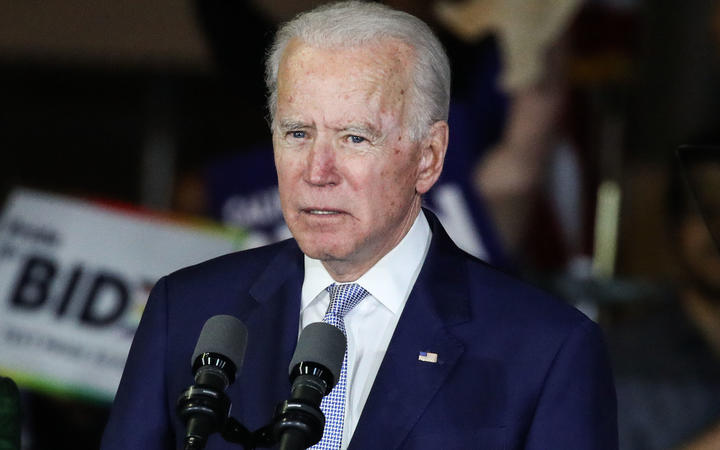 Joe Biden had a slow start and recorded his first win in South Carolina at the end of February. Photo: AFP / NurPhoto

The Associated Press and CBS News both projected that Biden passed the 1991 delegates he needs to be chosen as nominee at the party's national convention, with contests still to come in eight states and three US territories.

Biden won the delegates after seven states and the District of Columbia held presidential primaries on Tuesday.

"It was an honor to compete alongside one of the most talented groups of candidates the Democratic party has ever fielded - and I am proud to say that we are going into this general election a united party," Biden said in a statement.

"I am going to spend every day between now and November 3rd fighting to earn the votes of Americans all across this great country so that, together, we can win the battle for the soul of this nation, and make sure that as we rebuild our economy, everyone comes along," he said.

At one point, the field had more than 20 candidates, with contenders dropping out as their chances faded.

Biden had a slow start and recorded his first win in South Carolina at the end of February.

After that, some other candidates seen as centrist or moderate dropped out before Super Tuesday votes on 3 March, when the highest number of delegates were up for grabs and Biden won key contests.

It then became a two-horse race with Sanders, who was seen as a progressive candidate challenging incumbent Democrats.

While Sanders was a front-runner after early races, Biden carried his Super Tuesday momentum into subsequent contests and increased his lead.

Sanders quit the race upon seeing no path to the nomination as the Covid-19 coronavirus outbreak made campaigning and outreach difficult.

A US senator and then vice president under former president Barack Obama, Biden has promised to choose a woman as his running mate, with several black candidates likely in the running.