Madeleine McCann is "assumed" to be dead, say German prosecutors, who are investigating the disappearance of the British girl in 2007.

A 43-year-old German man is being investigated on suspicion of murder, the public prosecutor added.

The suspect, who has been named in German media as Christian B, is currently serving a prison sentence.

He is believed to have been in the area where Madeleine, aged three, was last seen while on holiday in Portugal.

The UK's Metropolitan Police said it had received more than 270 calls and emails since a new appeal for information was launched on Wednesday.

Hans Christian Wolters, from the Braunschweig Public Prosecutor's Office in Germany, said in an update on Thursday: "We are assuming that the girl is dead.

"With the suspect, we are talking about a sexual predator who has already been convicted of crimes against little girls and he's already serving a long sentence."

He said the suspect was regularly living in the Algarve between 1995 and 2007 and had jobs in the area, including in catering, but also committed burglaries in hotels and dealt drugs.

Clarence Mitchell, who has represented the family since Madeleine went missing, said that in 13 years he couldn't "recall an instance when the police had been so specific about an individual.

"Of all the thousands of leads and potential suspects that have been mentioned in the past, there has never been something as clear cut as that from not just one, but three police forces," he said.

The Met Police, who are working with their German and Portuguese counterparts, said the case remained a "missing persons" investigation in the UK because it does not have "definitive evidence" as to whether Madeleine is alive or not.

The suspect has been described as white with short blond hair, and about 1.8m tall with a slim build at the time.

Police have also released photos of two vehicles - a VW camper van and a Jaguar car - which are believed to be linked to the man, as well as a house in Portugal.

The day after Madeleine vanished in 2007, the suspect transferred the Jaguar to someone else's name.

Madeleine went missing shortly before her fourth birthday from an apartment in Praia da Luz on the evening of 3 May 2007 while her parents were with friends at a nearby tapas bar.

Her disappearance sparked a huge and costly police hunt across much of Europe - the most recent Metropolitan Police investigation, which began in 2011, has cost more than £11m (NZ$21m).

Detective Chief Inspector Mark Cranwell, who is in charge of the Met investigation - known as Operation Grange - said the suspect, then aged 30, frequented the Algarve between 1995 and 2007, staying for "days upon end" in his camper van and living a "transient lifestyle".

He was in the Praia da Luz area where the McCann family was staying when she disappeared and received a phone call at 19:32, which ended at 20:02. Madeleine is believed to have disappeared between 21:10 and 22:00 that evening.

Police have released details of the suspect's phone number and the number which dialled him, and said any information about these numbers could be "critical". 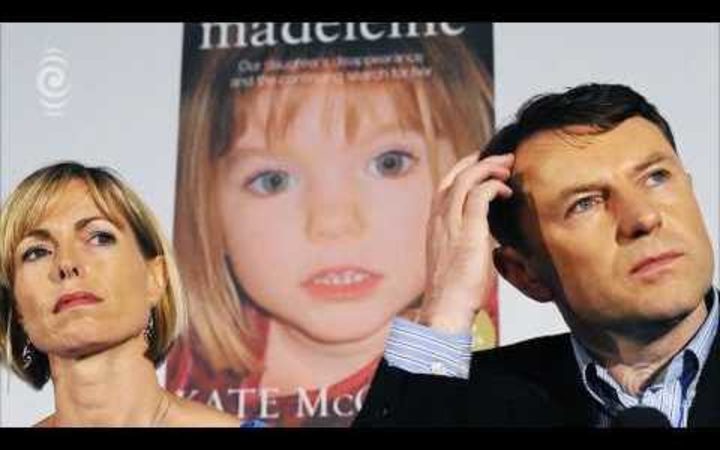 Cranwell said the caller was a "key witness" and should get in touch, while he also appealed to the public for details about the suspect.

The joint appeal from the British, German and Portuguese police includes a £20,000 reward for information leading to the conviction of the person responsible for Madeleine's disappearance.

Those with information can contact the Operation Grange incident room on 020 7321 9251.

Cranwell said he wanted to thank members of the public who had already got in touch.

"We are pleased with the information coming in, and it will be assessed and prioritised," he said.

"We continue to urge anyone with information to come forward and speak with us."

Jim Gamble, who served as the senior child protection officer in the UK's first police investigation into Madeleine's disappearance, said it was the first time in 13 years "when I actually dare to hope".

The "circumstantial evidence" that had been shared by the police made the new suspect a "really significant person of interest", he said.

He said he believed the man "came to light a number of years ago" but was only being made public now because it was a "painstaking" process which began from "a point of chaos" after the initial investigation had been "bungled".

In a statement, the McCanns, from Rothley in Leicestershire, welcomed the appeal: "We would like to thank the police forces involved for their continued efforts in the search for Madeleine.

"All we have ever wanted is to find her, uncover the truth and bring those responsible to justice.

"We will never give up hope of finding Madeleine alive, but whatever the outcome may be, we need to know as we need to find peace."

A Downing Street spokesman said the latest developments appeared to be significant and No 10's thoughts were with the McCann family "who have had to endure so much".

Police said the suspect was one of 600 people that detectives on the UK inquiry originally looked at, though he had not been a suspect.

After a 10-year anniversary appeal in 2017, "significant" fresh information about him was provided.

The Madeleine McCann case: a timeline