Violence has erupted in cities across the US on the sixth night of protests sparked by the death in police custody of African-American man George Floyd. 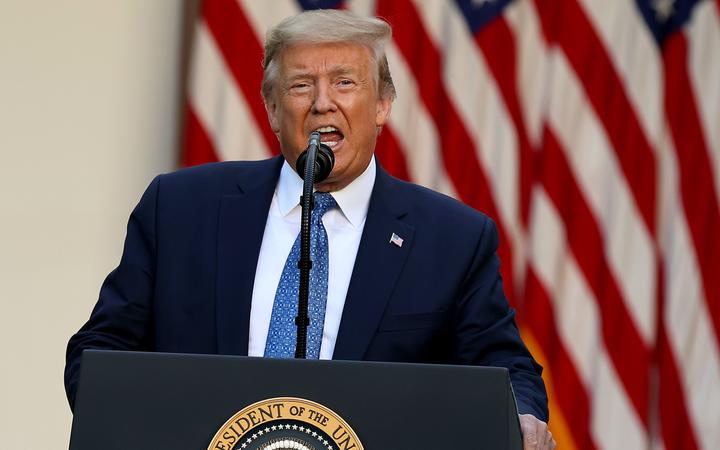 US President Donald Trump gives a statement in the Rose Garden at the White House. Photo: AFP/Getty

Riot police faced off with protesters in New York, Chicago, Philadelphia and LA, firing tear gas and pepper bullets to try to disperse crowds. Police vehicles were set on fire and shops were looted in several cities.

The country is experiencing the most widespread racial turbulence and civil unrest since the backlash to the assassination of Martin Luther King in 1968.

"Mayors and governors must establish an overwhelming law enforcement presence until the violence has been quelled," Trump said in remarks at the White House Rose Garden as authorities dispersed protesters with tear gas just blocks away.

"If a city or state refuses to take the actions that are necessary to defend the life and property of their residents, then I will deploy the United States military and quickly solve the problem for them."

Read back through RNZ's live updates: