US President Donald Trump wants Australia and Russia to be among countries invited to the G7 summit that he is postponing until later this year.

Donald Trump was a guest at the launch of the SpaceX Falcon 9 rocket at the Kennedy Space Centre in Cape Canaveral in Florida. Photo: AFP

"I don't feel that... it properly represents what's going on in the world. It's a very outdated group of countries," Trump said.

The G7 group, which the United States hosts this year, includes Canada, France, Germany, Italy, Japan and the UK.

Speaking to reporters on Air Force One during his return to Washington from Cape Canaveral in Florida, the president said Russia, South Korea, Australia and India should be invited.

It was unclear whether Trump's desire to invite the additional countries was an effort to permanently expand the G7. On several previous occasions, he suggested Russia be added given what he described as Moscow's global strategic importance.

Australia would welcome an official invitation to the G7 nations and there has been contact on the matter between the prime minister and the United States, a government spokesman said.

"The G7 has been a topic of recent high-level exchanges," the spokesman said in an emailed comment. "Australia would welcome an official invitation. Strengthening international cooperation among like-minded countries is valued at a time of unprecedented global challenges."

Prime Minister Scott Morrison has been so far one of very few world leaders to pay a state visit to Washington during Trump's tenure, and both leaders have openly signalled their camaraderie.

Morrison, unlike some European leaders, has avoided criticising Trump publicly and has teamed up with the United States in its tougher stance against China, Australia's main trading partner.

Relations between Canberra and Beijing have been strained amid Australian accusations of Chinese meddling in domestic affairs and concern about what Australia sees as China's growing influence in the Pacific region.

Trump has attacked Beijing over its handling of the coronavirus pandemic, which began in China, and on Friday he ordered his administration to begin the process of ending special US treatment for Hong Kong in retaliation for China's decision to impose a new security law on the former British colony.

The decision to postpone the G7 summit is a retreat for Trump, who had sought to host the group of major industrialised countries in Washington as a demonstration that the United States was returning to normal after the coronavirus epidemic, which has killed more than 103,000 Americans to date.

Trump had cancelled an in-person G7 meeting that was scheduled for March as the virus spread, but had recently sought to revive it. 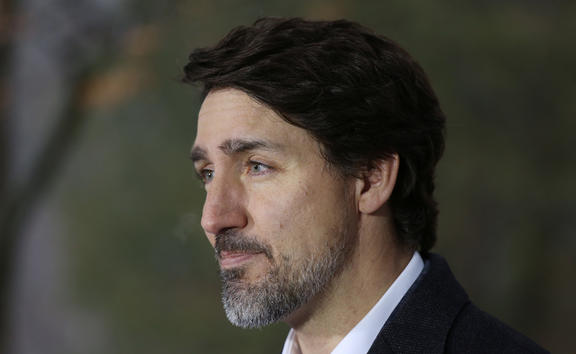 French President Emmanuel Macron backed the idea of an in-person meeting, according to the White House, but Canadian Prime Minister Justin Trudeau declined to endorse it, saying there were too many health-related questions. German Chancellor Angela Merkel said earlier this week she could not attend.

Her spokesperson thanked Trump, but said the German leader "cannot agree to her personal participation, to a journey to Washington".

Yesterday, UK Prime Minister Boris Johnson "agreed on the importance of convening the G7 in person in the near future" following a conversation with the US president, the White House said in a statement.

The G7 - or Group of Seven - regards itself as "a community of values", with freedom and human rights, democracy and the rule of law, and prosperity and sustainable development as its key principles.