By Olivia Willis for the ABC

More than 100 coronavirus vaccines are in the pipeline and almost a dozen have made it to human trials so far. 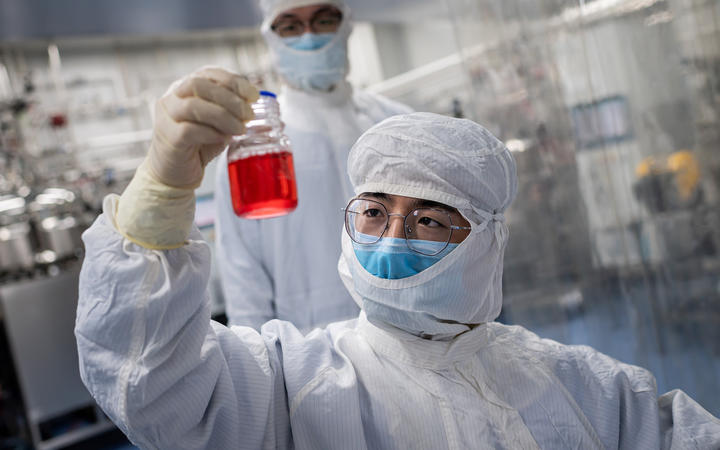 An engineer working on a vaccine for Covid-19 at Sinovac Biotech facilities in Beijing. Photo: AFP

But which one - if any - will be the panacea to the Covid-19 pandemic is still anyone's guess.

Researchers working to develop a SARS-CoV-2 vaccine face a unique and significant set of challenges - not to mention the fact they're trying to do it in record time.

While it will be some months before we know whether any of the proposed vaccines are effective, initial safety trials and encouraging animal studies show promising early signs.

Let's take a closer look at some of the candidates leading the race (remembering those that make it to clinical trials first will not necessarily be the most effective).

The vaccines in human trials

A quick recap, according to the World Health Organization, as of 24 May.

While vaccine developers typically follow a linear sequence (pre-clinical animal studies to phase 1/2/3/4 human trials), the urgency of Covid-19 means many are speeding up their timelines.

In some cases, phase 1 and 2 trials are being squashed together (testing safety and effectiveness of the vaccine at the same time), or phase 1 human safety trials are running before animal efficacy data is in.

This week, all eyes were on an experimental vaccine produced by American biotech company Moderna - the first coronavirus vaccine to be tested in humans back in March.

On Monday, the biotech firm announced its RNA vaccine, which was given to 45 healthy individuals in a phase 1 trial, appeared to be safe and promote an immune response against Covid-19.

Unlike more traditional vaccines, which contain a weakened version of the actual virus or portions of it, Moderna's vaccine is based on a new technology that involves taking genetic material from the virus and delivering it to healthy cells.

Using messenger RNA (or mRNA), the vaccine carries instructions to the body to create the SARS-CoV-2 protein the vaccine is aiming to protect against.

The idea is that the body detects the genetic material and new protein as foreign, and mounts an immune response - producing antibodies that learn to remember and fight the virus if the body encounters it again.

Without publishing its findings in full, Moderna said preliminary data of eight people in its trial showed participants developed neutralising antibodies (which stop the virus replicating) at levels similar to people who have recovered from Covid-19.

The findings, though limited, sent the company's share price soaring. But it later dropped when Medical news website STAT reported the figures "don't mean much on their own, because critical information … was withheld", including information about the other 37 trial participants.

Like all vaccine candidates, Moderna's findings need to be repeated in much larger phase 2 (and eventually phase 3) clinical trials to prove the vaccine actually works. These are expected to begin soon.

Meanwhile, two other genetic vaccines for Covid-19 have also made it to human trials - one from American biotech firm Inovio, and another jointly developed by pharmaceutical giant Pfizer and German company BioNTech.

Inovio, which has enrolled 40 people in a phase 1 trial of its DNA vaccine, is expected to publish its results in early June.

Pfizer, on the other hand, has begun delivering doses of its RNA vaccine to 360 volunteers in the US as part of a phase 1-2 trial. The drug maker and its German partner said if the vaccine proved to be safe and effective, it could potentially be ready for US distribution by the end of the year.

Kylie Quinn, a vice-chancellor's research fellow at RMIT University, said although genetic vaccines were relatively easy and inexpensive to produce, none have been approved for human use before.

"We don't know how they're going to perform in humans, but the advantage of them is that they are very quick in terms of design and manufacturing, and should be relatively safe," Dr Quinn said.

Using an entirely different approach, scientists at Oxford University's Jenner Institute recently announced a coronavirus vaccine they are working on appears to be protective in monkeys. The vaccine is already being tested in humans.

According to a preliminary research paper - which has not yet been peer-reviewed - the vaccine candidate provided protection in six rhesus macaque monkeys who were vaccinated and then exposed to high levels of SARS-CoV-2.

The animals had less of the virus in their lungs and airways when compared to non-vaccinated animals, and were protected from developing pneumonia.

Oxford's vaccine candidate is known as a viral vector vaccine, and is one of several being developed for Covid-19. These vaccines work by introducing a different type of virus that is engineered to include proteins of the virus the vaccine is aiming to protect against.

"You basically take a virus that is generally harmless but can infect cells and you use it like a trojan horse," Dr Quinn said.

For the Oxford vaccine, a genetically modified version of a common cold virus (known as an adenovirus) from chimpanzees is being used to carry a protein from SARS-CoV-2 to the body. The goal is to stimulate an immune response and prime the body to respond to any future infection.

Unlike most other vaccines, which begin with small clinical trials to demonstrate safety, this vaccine was fast-tracked because the research team had already tested very similar vaccines in humans for other viruses, including MERS and Ebola.

Researchers hope to test the vaccine on more than 6000 people in the UK by the end of May, as part of a Phase 1-2 trial. If those results show the vaccine is effective, they say the first few million doses could be available as soon as September, with emergency approval from regulators.

Trevor Drew, director of CSIRO's Australian Centre for Disease Preparedness, said the decision by British drug-maker AstraZeneca to partner with Oxford to manufacture and distribute the vaccine was an encouraging sign.

"The Oxford vaccine is really quite a clever one," Professor Drew said. "I think it's probably going to be one of the prime candidates."

Besides Oxford, one other viral vector vaccine has made it to human trials. It comes from Chinese vaccine company CanSino.

While CanSino is yet to publish detailed results of its Phase 1 trial, its vaccine candidate was the first to reach phase 2 clinical trials back in April.

Tried and tested methods being used 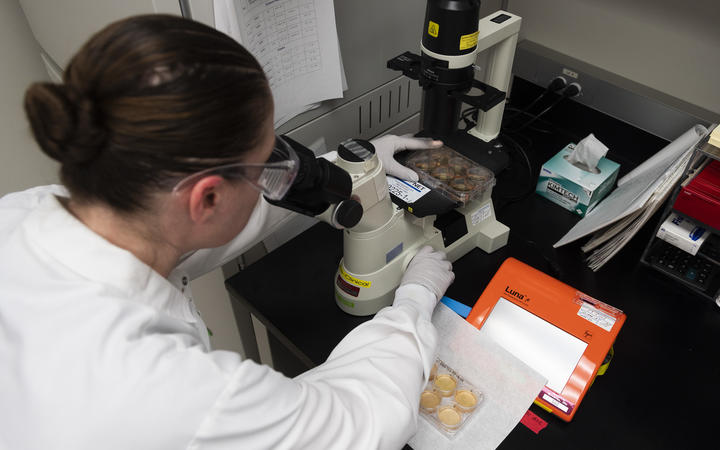 Dr Rhonda Flores is part of efforts to develop a coronavirus vaccine at Novavax labs in the US. Photo: AFP

Three of the remaining vaccines to have made it to human trials are "inactivated" vaccines, which means they contain the actual virus, but it's been killed by being exposed to ultraviolet light or chemicals.

"This is a really simple and sometimes very effective way of introducing your immune system to something without having the potential to cause disease," Dr Quinn said. "It's a very old style of vaccine."

Inactivated vaccines are slightly different to live attenuated vaccines, which involve introducing a "live" virus into the body, but one that has been weakened. Just a handful of Covid-19 vaccine candidates are using this approach, all still in pre-clinical trials.

The three inactivated vaccines that have made it to human trials are being developed in China and are in Phase 1-2 clinical trials, however data from the initial phase 1 trials is limited.

One of the vaccine candidates, developed by Chinese biopharmaceutical company Sinovac, was recently shown to be effective in rhesus macaque monkeys, who - like in the Oxford vaccine study - generated neutralising antibodies.

"It builds the case that [this vaccine] is possibly viable and worth following up on," Dr Quinn said.

The final type of vaccine researchers are pursuing are called subunit or protein vaccines. These contain only a fragment of the virus, rather than the whole thing.

US biotech company Novavax recently began phase 1 clinical trials in Australia with a subunit vaccine that targets the "spike" protein on the surface of coronavirus particles.

It's the same technique being pursued by researchers at the University of Queensland, who are set to begin clinical trials in July.

There are pros and cons to every vaccine approach, and it may be that multiple candidates are found to show some protection against Covid-19.

No vaccine is 100 percent effective, and the vast majority of vaccines that make it to clinical trials do not succeed in getting to market.

Given the challenges of manufacturing and distributing a vaccine on a global scale, Dr Quinn said it wouldn't be a bad outcome if several candidates were ultimately used.

"So perhaps having a few different vaccine formats that each show a level of protecting … we can spread the weight across different manufacturing facilities."

Professor Drew said because the Covid-19 vaccine development timeline was being compressed, and some of the longer-term effects would be unknown, the decision to roll it out - if an effective vaccine was found - would likely be based on each country's individual level of risk.

"How urgent is the vaccine needed, and what are the potential benefits against some of the more minor risks?" he said.

"In the current situation with Covid-19, a lot of those decisions may be made with the acceptance [that] there may be some minor downstream issues, but certainly no worse than the current suffering that's being created by the disease itself."