The race for a Covid-19 vaccine 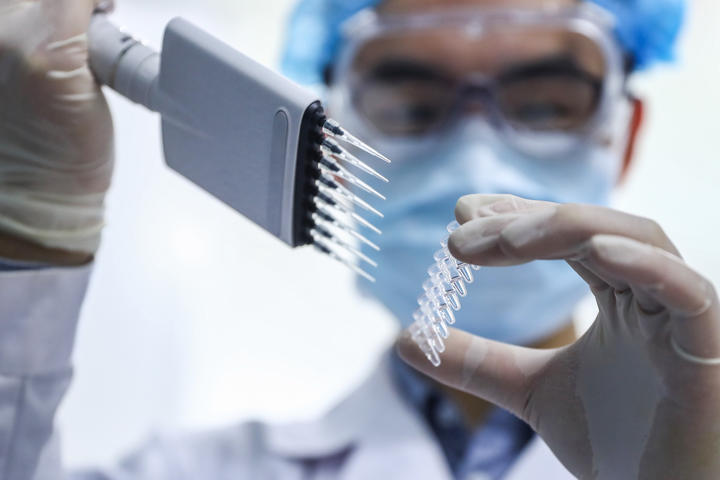 Predictions about when we will have a Covid-19 vaccine have ranged from a doom-filled ‘never’ to a wildly optimistic ‘soon’.

Scientists worldwide have engaged in unprecedented levels of cooperation, backed by astounding amounts of money, to hasten the process. But there are some things that can’t be hurried.

On The Detail today Emile Donovan talks to Helen Petousis-Harris, an associate professor of vaccinology at the University of Auckland, about the processes involved in finding this holy grail.

“Think of vaccines as anti-viral software for your computer, or bug spray: you prepare your body to respond to something that might be potentially harmful,” she says.

“Primarily vaccines will contain either a weakened form of the pathogen, or some kind of fragment of the pathogen. The other things that might be in it are immune enhancers … and everything else tends to be salt, sugars, things like that.

“Basically, getting that immune response to happen way before you’re ever likely to need it.”

So far, researchers and scientists around the world are developing more than 100 vaccines to inoculate against Covid-19, with at least eight already being tested on humans.

So why is it taking so long?

Well, as a matter of fact, it isn’t taking so long: it’s been fast-tracked; even turbo-charged.

“This is crazy fast. It’s unprecedented.

“Before this, the fastest a vaccine was ever developed from scratch was the mumps vaccine, many decades ago.”

The mumps vaccine was licensed in 1967 after about four years of development.

Part of the issue with getting a vaccine for an entirely new disease over the line is the way new drugs are developed.

Creating a vaccine from scratch has a baseline cost of well over a billion dollars, and the only sorts of private companies with the requisite capital and expertise tend to be medical technology companies, or the pharmaceutical industry.

But those companies need to make money from the finished product. That’s how they exist.

To justify such heavy investment, any vaccine has to be a surefire winner. And that takes time, and money, to prove.

Then there’s the issue of production.

Any effective vaccine against Covid-19 will have to be produced at mass scale. To properly eradicate it, we’ll have to create billions of doses.

But other vaccines must be produced too: the emergence of Covid-19 doesn’t mean there are fewer measles or influenza cases in the world.

Finding the means to ramp up production of an all-new vaccine while still maintaining the output of the other hundreds of vaccines humans use is a big challenge to the industry.

“A vaccine production facility will cost you in the order of one billion dollars,” says Helen Petousis-Harris.

“There are many facilities in the world, of course: India, for example, one of the biggest vaccine producers in the world.

“I understand Bill Gates is putting $7 billion to build seven facilities – building them now, knowing that some of them may not be used.

“You don’t normally run off to vaccinate the whole world’s population.”

Estimates for when a vaccine might be developed vary wildly, but Petousis-Harris is willing to give a tentative guesstimate.

“The first cabs off the rank, all going well, could be towards the end of this year.

“That’s the very earliest. But it won’t be available to everybody right away – so you’re thinking more 18 months.”

So it’s a long-haul project? There isn’t going to be a eureka moment on a Friday and a vaccine the following Monday? Unlikely, says Petousis-Harris – but don’t lose hope.

“The vaccine being developed in Oxford looks to be a winner. It comes up well in terms of safety and effectiveness. So, you know: a lot of places might gear themselves to start pumping it out.”