Cyclone Amphan has killed at least 15 people, forcing nearly 3 million to evacuate their homes as the countries grapple with Covid-19 restrictions. 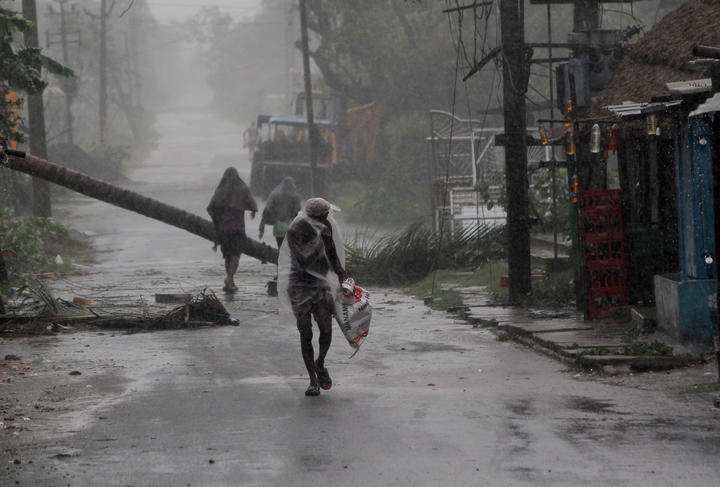 Bangladesh Red Crescent reported one of their volunteers helping villagers to evacuate their homes became the first fatality after the boat he was in capsized in strong winds. 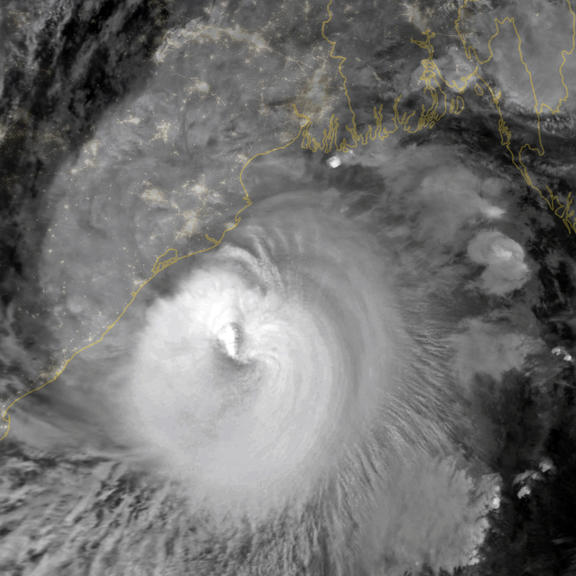 Tropical Cyclone Amphan at 9.45pm India Standard Time on 19 May moves north-northeast over the Bay of Bengal. The image is a composite of brightness temperature data from the MODIS on NASA's Terra satellite, overlaid on Black Marble nighttime satellite imagery. Photo: Handout / NASA Earth Observatory / AFP

Bangladesh has reported four other deaths. In India, media reported 10 fatalities, including a child in the state of Orissa (also known as Odisha), who was killed after the mud wall of his family's home collapsed.

Officials in Bangladesh fear it will be the most powerful storm since Cyclone Sidr killed about 3500 people in 2007. Most died as a result of sea water surging in.

Meteorologists warned there could be up to 300mm more rainfall to come, which could increase the risk of flooding and deadly mudslides.

Trees were uprooted and homes toppled in both countries, including in the Indian city of Kolkata in West Bengal.

The storm is the first super cyclone to form in the Bay of Bengal since 1999. Though its winds have now weakened, it is still classified as a very severe cyclone.

"Our estimate is that some areas 10-15km from the coast could be inundated," said Mrutyunjay Mohapatra, the head of India's meteorological department.

Amphan began hitting the Sundarbans, a mangrove area around the India-Bangladesh border home to four million people on Wednesday afternoon, before carving north and north-eastwards towards Kolkata, a historic city that was the capital of the British Raj.

It was moving with winds gusting up to 185km/h (115mph). Amphan is expected to move further into Bangladesh on Thursday, and later Bhutan.

Distancing rules were being enforced at cyclone shelters, along with hygiene protocols, he said. 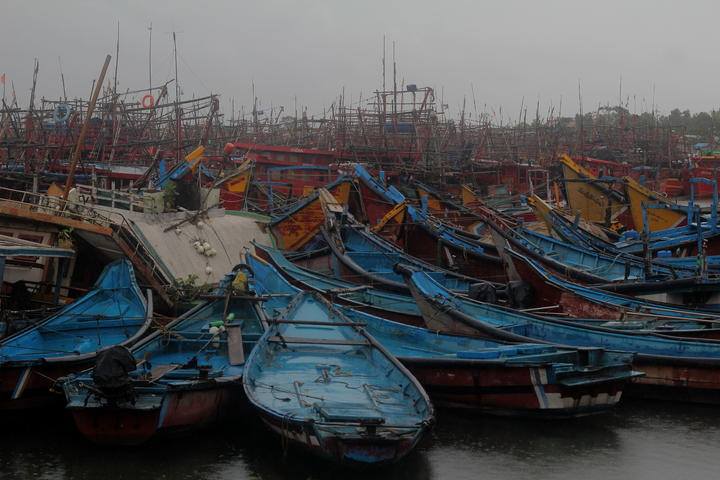 The cyclone comes as tens of thousands of migrant workers continue to flee cities for their villages during India's lockdown to curb the spread of coronavirus. West Bengal and Orissa are among the Indian states seeing large numbers return.

Orissa cancelled trains and some district officials asked the state government to accommodate the migrants - many of whom are walking home - elsewhere until the storm passes.

Although they are not in the direct path of the storm, there are fears for hundreds of thousands of Rohingya refugees who fled genocide in Myanmar and live in crowded camps in Bangladesh where cases of coronavirus have recently been reported.

Officials said they had moved hundreds of Rohingya living on an island in the Bay of Bengal into shelters.

The UN and human rights groups are also gravely worried for Rohingya refugees who they believe could be on boats in the Bay of Bengal, and possibly in the storm's path, after trying to flee to Malaysia and Thailand but being blocked by authorities in those countries from landing.