A dispute between Australia's state premiers about reopening borders to revive the economy has intensified. 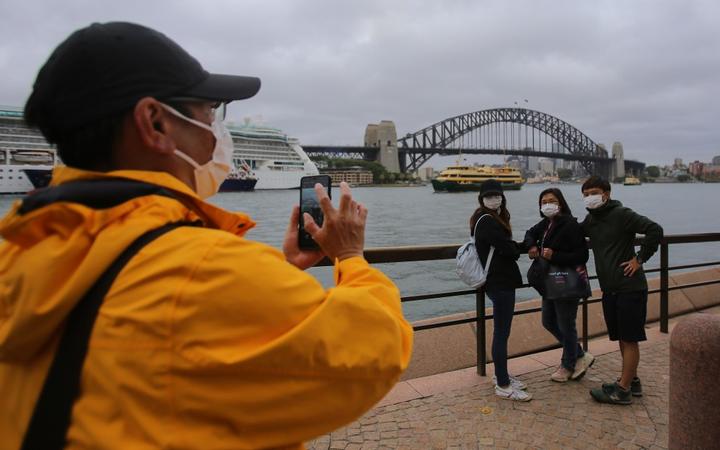 Travel restrictions in NSW will be scrapped from 1 June to encourage interstate visitors to book a holiday there, the NSW Premier said. Photo: 2020 Anadolu Agency/ AFP

Yesterday, Berejiklian announced travel restrictions in NSW would be scrapped from 1 June and encouraged interstate visitors to book a holiday there.

That prompted an outburst from McGowan, who claimed his government was being "bullied" by the Premier of Australia's most populous state.

Berejiklian maintains interstate travel will be an important part of Australia's economic recovery from the coronavirus pandemic, and today reiterated other states would miss out if they kept their borders closed.

WA, Queensland, South Australia, the Northern Territory and Tasmania have all closed their borders, and are yet to announce a firm timeline to reopen them.

"In fact, I'm sure those premiers are getting more popular in their states for keeping their borders closed," Berejiklian told ABC News Breakfast today.

In a recent Newspoll, McGowan was rated the nation's most popular leader, earning approval from 89 percent of the WA public.

This morning Queensland Transport Minister Mark Bailey said his government "won't be lectured" by the "worst performing state in Australia".

"There were 33 times the number of active cases in NSW compared to Queensland," he said.

"NSW needs to get its act together and get community transmission down and we will all be better off throughout this nation, including in Queensland."

NSW accounts for roughly half of Australia's more than 7000 coronavirus infections, however new cases have largely flatlined in the past month.

Berejiklian said for Australia to move forward economically, the border bans needed to be lifted.

But she also said "NSW will be fine" if they remained in place, because "we have a very diverse economy".

While she said each state "has its views on what should occur", Berejiklian pointed out that, as international travel ground to a halt during the pandemic, NSW had been the "gateway to Australia", playing a crucial role in helping people in other states get home.

"The irony is that we have been doing that for all the states for a significant number of months, so we have been supporting them [other states]," she said.

"And we proudly say we're the global city of Australia, we're the gateway to Australia. And we've taken on that role during the pandemic."

During his broadside yesterday, McGowan accused NSW of having an inconsistent coronavirus message.

"New South Wales had the Ruby Princess - I mean, seriously? And they are trying to give us advice on our borders, seriously?" he said.

"Do you think I should listen to them? I'm not listening to them," he said.