US President Donald Trump and Vice President Mike Pence have tested negative for the novel coronavirus after a member of the US military who works at the White House was found to have been infected, a White House spokesperson says. 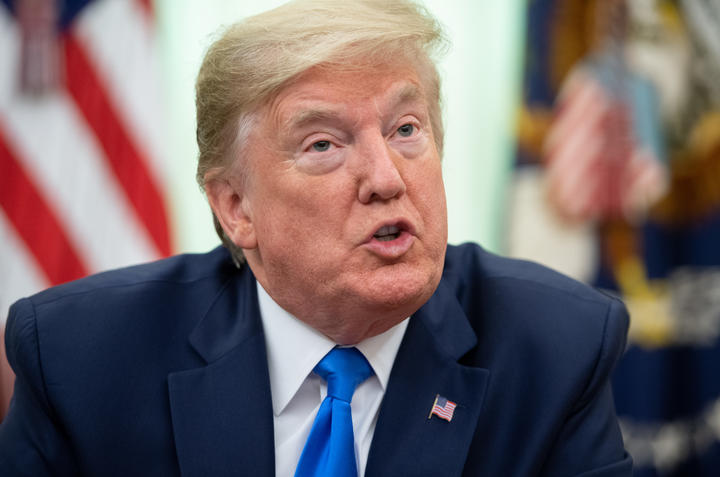 The military official was identified by CNN as a personal valet to Trump.

"We were recently notified by the White House Medical Unit that a member of the United States Military, who works on the White House campus, has tested positive for coronavirus," spokesperson Hogan Gidley said in a statement.

"The President and the Vice President have since tested negative for the virus and they remain in great health."

Gidley declined to give further details about the military member's role at the White House.

Trump has now been tested at least twice for the coronavirus and both times tested negative.

A test on 2 April came out negative, the White House said. White House adviser Kellyanne Conway said on Thursday the president was being tested routinely.

On 3 April, the White House said that anyone expected to be near Trump or Pence will be given a rapid Covid-19 test out of an abundance of caution.

White House staff working in the West Wing have not been wearing masks around the president or each other.

During a trip to Arizona on Tuesday, the president, military personnel, Secret Service agents, and White House aides did not wear masks.

On Wednesday at a meeting with nurses, who were standing closely around him in the Oval Office, Trump noted that everyone had been tested for the coronavirus and quipped that he hoped the tests worked. One guest coughed a few times, into her hands, during the event.

Trump has been criticised for giving mixed messages during his handling of the pandemic. Ahead of the trip to Arizona to visit a mask factory, the president said he would likely wear one there. He did not wear one during the tour and said later he had not done so after being advised by the Honeywell chief executive that it was not necessary.