Human rights groups on Saturday called for an investigation into a prison riot in western Venezuela that left 46 people dead and 75 injured, and questioned authorities' explanation that the incident was linked to a failed escape attempt. 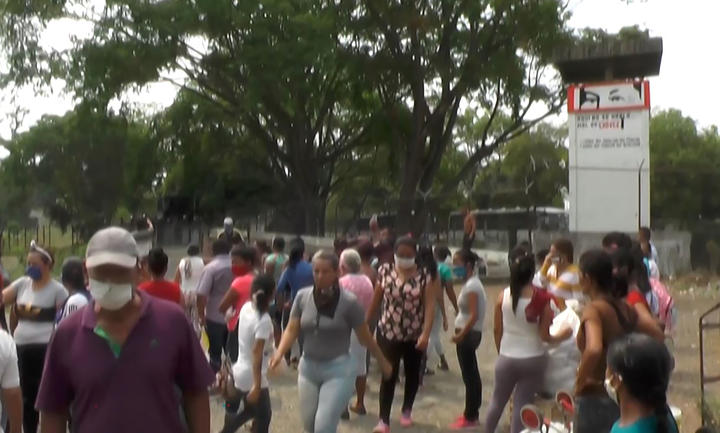 The United Nations' Office of the High Commissioner for Human Rights (UNOHCR) said on Twitter it was "gravely concerned" about the incident on Friday at the Los Llanos penitentiary in Portuguesa state. The South American country's prisons are infamous for extreme levels of violence and poor conditions.

"We urge the authorities to conduct a thorough investigation, tackle overcrowding, and guarantee basic rights," the office said.

The country's prisons minister, Iris Varela, was quoted on a state radio station's website as saying the incident resulted in the deaths of 17 inmates and injuries to the prison's director, who tried to negotiate with the prisoners who were attempting to escape.

"Those responsible, despite being incarcerated, will be judged in accordance with the law," Varela said.

Beatriz Giron, president of the Venezuelan Observatory of Prisons, which advocates for inmates' rights, said the explanation of a frustrated escape attempt was unlikely. She added that 46 bodies had been identified so far, a figure also cited by UNOHCR.

"It is difficult to believe that at 1pm, in the light of day, prisoners are going to escape through the front door," she said, adding that the Los Llanos prison was built for some 750 inmates but was currently housing at least 2500.

Neither Venezuela's information ministry nor its chief prosecutors' office responded to requests for comment on Saturday.

Both Giron and A Window Toward Freedom, another rights group, said the riot came shortly after prison officials barred inmates' family members from bringing them food, a measure to prevent the spread of the coronavirus within prisons.

Such restrictions have prompted riots in prisons in several countries, including Italy. In Argentina, prisoners rioted last month demanding some inmates be freed due to fears of infection.