In central and South America Covid-19 developments, Brazil's president downplays the pandemic, Argentina extends its quarantine and Venezuela's opposition calls for an emergency government to be formed to manage the impact of coronavirus.

President Jair Bolsonaro visited a market area just outside the Brazilian capital on Sunday to press home his case for keeping Latin America's largest economy ticking instead of locking down activities to combat the spread of the coronavirus.

But Bolsonaro office's social media campaign "Brazil can't stop" was banned on Saturday by a federal judge and ran into a barrage of criticism from state governors, politicians, public health experts and even his own health minister. 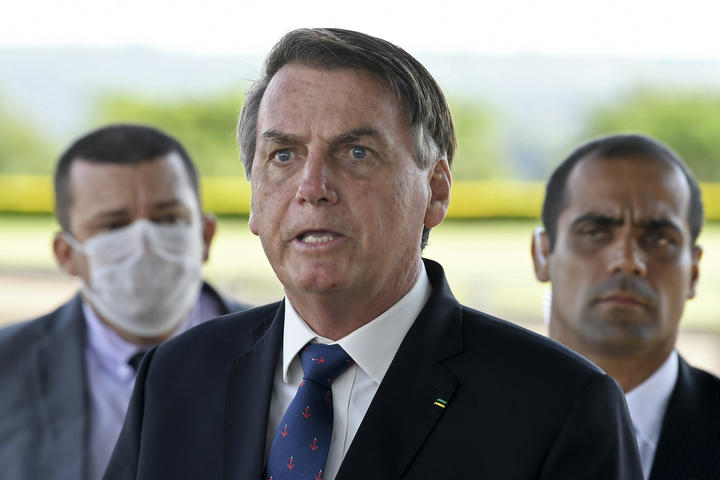 In Taguatinga, a low-income suburb of Brasilia, Bolsonaro stopped in a normally bustling market square to speak to a man selling barbecued meat on skewers.

"We have to work. There are deaths, but that is up to God, we cannot stop," the man said, according to a video posted on the president's Facebook and Twitter accounts. "If we do not die of the illness, we will die of hunger."

Bolsonaro said he had maintained that Brazilians need to keep working to earn their incomes while taking precautions not to catch Covid-19, the respiratory illness caused by the virus. He has also lashed out at state and municipal officials who, in steps aimed at saving lives implemented tough lockdowns, closed non-essential businesses and banned public meetings.

Twitter removed the video of Bolsonaro speaking to the street vendor. Twitter said in a statement it recently changed its worldwide rules on content that counters public health recommendations and could put people at greater risk of transmitting Covid-19.

Despite confirmed Brazilian cases of Covid-19 almost tripling in seven days to 4256 by Sunday, Bolsonaro has continued to deny the gravity of the disease, calling it "a small cold" that would kill only old people. The disease has caused 136 deaths in Brazil so far, and almost 34,000 globally.

The "Brazil can't stop" social media campaign, suggesting to most Brazilians that there was no need for isolating themselves at home, was banned by Judge Laura Bastos in Rio de Janeiro at the request of federal prosecutors.

The judge ruled Brazilians could not be encouraged to leave the isolation of their homes and return to the streets without there being a national plan to fight the pandemic.

Health Minister Luiz Henrique Mandetta, often at odds with Bolsonaro, reinforced his opposition to all public gatherings on Saturday.

Argentina's President Alberto Fernandez said on Sunday that the country would extend a mandatory nationwide quarantine period until the middle of April in a bid to slow the spread of the coronavirus that has killed over 30,000 people worldwide.

The quarantine, which restricts non-essential workers from leaving their homes apart from to buy groceries or medicines, has seen the South American country's streets virtually emptied, while its major grains industry has faced some disruption.

The measures were initially until the end of March, but it will now be lifted on 12 April.

Fernandez said that the initial results of the compulsory isolation since 20 March looked "good". The country has recorded 820 coronavirus cases with 20 deaths, although the increase in cases has shown some signs of slowing in recent days.

Venezuela should form an emergency government made up of the opposition and some members of the ruling Socialist Party to receive foreign aid needed to confront the coronavirus outbreak, opposition leader Juan Guaido said in an interview on Sunday.

Guaido, who has been recognized by more than 50 nations as the country's rightful president, said a coalition government would be able to convince multilateral agencies to provide $1.2 billion in financing to address the outbreak.

"It's crucial that we attend to the country's health emergency, to increase the number of hospital beds and ventilators, to provide (water) for hospitals," Guaido said in a video interview, referencing the lack of running water in many public medical facilities.

"We have an existing humanitarian emergency in Venezuela, which will worsen the pandemic." 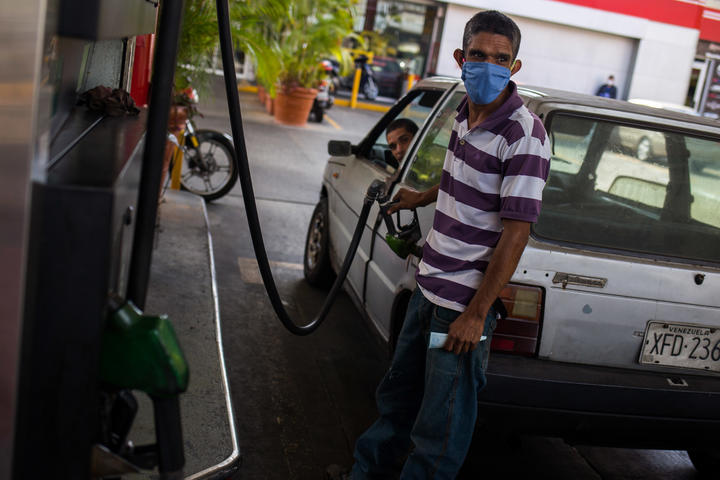 Opposition critics in Venezuela have said the quarantine will be unsustainable for a population that has already suffered years of malnutrition, while growing gas shortages have further complicated food deliveries. Photo: AFP

The emergency government would not include Maduro or other top allies, he said, a group of whom were indicted by the US Department of Justice on Thursday on accusations of narco-terrorism. He declined to reveal the names of potential participants.

Venezuela as of Sunday had reported 129 cases of coronavirus and three deaths, and the country remains under quarantine ordered by Maduro to prevent the spread of Covid-19.

Opposition critics have said the quarantine will be unsustainable for a population that has suffered years of malnutrition, and due to growing gasoline shortages that have made complicated food deliveries.

Mexico's health ministry on Sunday confirmed 145 new coronavirus cases and four new deaths in the last 24 hours, for a total of 993 cases and 20 deaths.