A North Korean defector came out this week saying Kim Jong Un's disappearance from public view suggests that he cannot stand up or walk by himself. 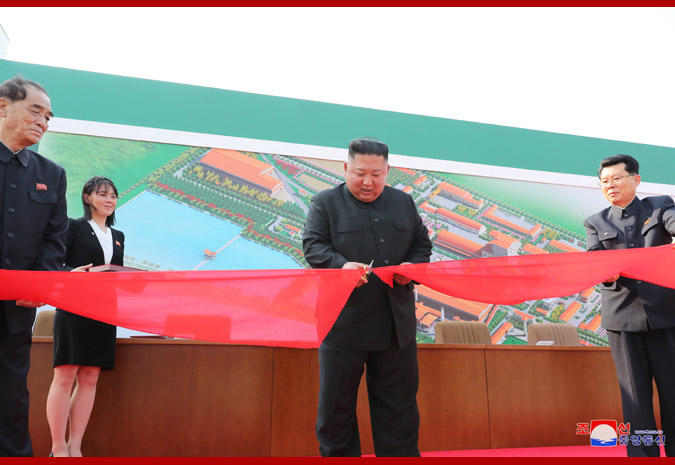 While some have questioned whether the latest photos of the dictator are genuine, Fifield says she believes they're the real deal.

"I do think they're genuine, North Korea doesn't generally make up photos like this. He doesn't look well, but he doesn't look any worse than he did three weeks ago," she said.

"He's returned, so we can disprove that he's dead, but that's pretty much it, we can't go much further than that."

Some people had noticed Kim had a mark on his wrist that wasn't there previously, which could suggest the insertion of a catheter if he was going to have a stent in his heart, as was initially reported.

However, Fifield said his disappearance would likely remain a mystery.

"Maybe it was coronavirus, maybe it was his heart, maybe he was just enjoying spring break at his palace on the waterfront in Wonsan - we'll just have to add it to the column of things we don't know about North Korea."

One of the most surprising things about Kim Jong Un, she said, was that despite his attempts to hold onto power - even having family members and top officials executed - he has not made any apparent efforts to improve his health, the "single thing which could ensure his longevity".

"We've seen him balloon over this period, this weekend at the fertiliser factory he's smoking again," she said.

"If I was a ruthless dictator hellbent on staying in power, I think I'd be cutting out the steak and the French fries and the cigarettes and getting on the treadmill a bit more often."

It would take a "very brave doctor in North Korea" to tell Kim to go easy on the fried foods, she said, noting that his wife had previously joked about unsuccessfully trying to get him to stop smoking.

Questions still remain about who would take over leadership of the state after Kim Jong Un, who was "unveiled and trotted out" three years before he took over.

Right now, she says, there is no "heir apparent" for Kim Jong Un.

"He has an older brother, who was passed over once before and has no profile whatsoever inside of North Korea, and he has a son who's about two years old and not able to take over any time soon."

Despite rumours spreading about his younger sister Kim Yo-jong taking over, Fifield says her current role is more that of an assistant, rather than a leader.

"She's there to make sure everything goes well and her brother looks the best at all times," she said.

"We saw this at the opening of the fertiliser factory, where she came forward with a tray with a pair of scissors on it, which he picked up and cut the ribbon with.

"I think the idea that she could take over, that the old guards of North Korea would accept a 31-year-old woman as their leader is extremely difficult to imagine."

Fifield said that while some might accuse China of taking advantage of a vacuum in North Korea, it had many reasons to keep the region stable.

"The last thing China wants is for collapse in NK, they don't want some rogue scientist with a suitcase full of fissile material escaping over the border and heading off," she said."

"They certainly don't want the United States moving up through NK from the south and taking over a country on its border, so that's always going to be a concern for China."

However, the current tensions between the US and China were also concerning for Fifield.

"The thing that's really worried me about this incident is the war of words and the hostility between China and the US, and what that means for stability in the region.

"Even during previous difficult times, like when Kim Jong Il had a stroke in 2008, China and the US were able to talk to each other behind the scenes and were able to discuss matters of mutual concern.

"Right now, given the trade war, given this war over the coronavirus and its origins and all of the conspiracy theories and things, they can't talk about things that even concern both of them. That's the alarming development this time around, that I think should concern all of us."