Deaths in England and Wales have nearly doubled above what would be expected, hitting a 20-year high. 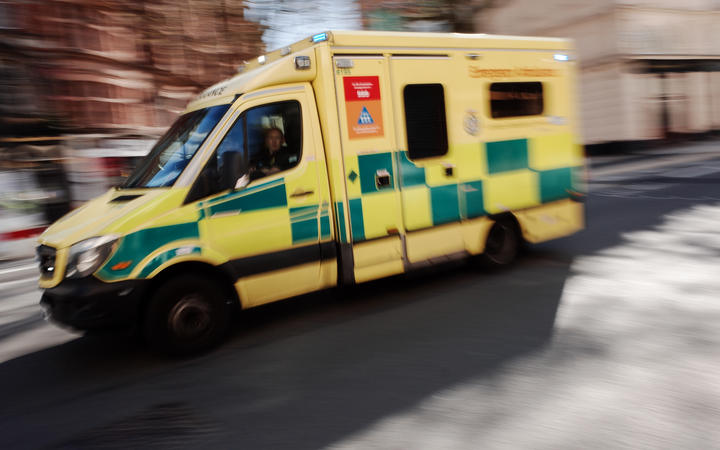 The Office for National Statistics said there were 18,500 deaths in the week up to 10 April - about 8000 more than is normal at this time of year.

A third were linked to coronavirus, but deaths from other causes also increased, suggesting the lockdown may be having an indirect impact on health.

But experts believe this period could well be when virus deaths peaked.

They point to a separate analysis by NHS England which showed since 8 April the number of deaths in hospitals have been falling when you look at the date of death.

The daily figures presented by government just show when hospital deaths are announced - there is often a delay in recording and reporting which masks when a drop in deaths starts happening.

On Tuesday 823 new deaths were announced, but most of these happened in the previous days and weeks. Some even date back to March.

Professor Sir David Spiegelhalter, of the University of Cambridge, said the NHS England figures suggested we were past the peak and in a "steadily" albeit slowly improving position.

But he added: "Judging from the experience in Italy, this could be a lengthy process."

Professor Carl Heneghan, from the University of Oxford, said he agreed, saying London, which saw rapid increases earlier than the rest of country, peaked even earlier, suggesting the steps taken before full lockdown had an impact.

But England's deputy medical officer, Prof Jonathan Van Tam, said: "We are not out of danger yet. We must keep pushing on this."

The figures presented by the ONS are different from those used by the government on a daily basis and the NHS England analysis.

Those rely on hospital cases confirmed by tests, whereas the ONS has used death certificates which show both fatalities in hospital and in the community on a weekly basis.

The figures show that the overall number of deaths topped 18,500. That is the highest since January 2000 when there was a bad flu outbreak.

It is also much higher than the recent bad flu season of 2015.

But the ONS also said deaths from other causes rose too.

Nick Stripe, head of health analysis at ONS, said they were trying to understand and find out why this was.

He said it could be that people with other illnesses were avoiding going to hospital for treatment - visits to A&E have halved since the pandemic started - or an under-reporting of coronavirus.

But he added it could "take years to work out".

He also said it was important to remember the human toll in these figures.

"Each one is a person. Each one has a family. We must always remember this."

A similar trend is being reported in Scotland where there were nearly 2,000 deaths in the week up to 12 April.

Deaths in Northern Ireland are also up.

How many are dying outside of hospitals?

There has been growing concern about the impact of coronavirus outside of hospital.

Care homes have begun reporting outbreaks among residents that have been difficult to control, they say, because of a lack of testing and protective equipment.

The ONS - because it relies on death certificates rather than testing - can capture the scale of deaths.

The majority of deaths happened in hospital, but since the start of the pandemic more than 1000 have died in care homes.

More people have died from flu and pneumonia

Another way to judge the impact of coronavirus is to look at the overall impact on the numbers dying over the course of the year so far.

The figures show overall number of deaths are up.

But the figures for 2020 also show the impact of flu and pneumonia compared to coronavirus.

The number of deaths from flu and pneumonia - at more than 32,000 - is three times higher than the total number of coronavirus deaths this year.

This difference will obviously narrow in the coming weeks as the flu season is coming to an end and there has been a rapid rise in coronavirus deaths.

Some also believe the number of coronavirus deaths have been under-reported - a lack of testing outside hospital means it is down to doctors to use their clinical judgement to decide cause of death.