US President Donald Trump says he is halting funding to the World Health Organisation. 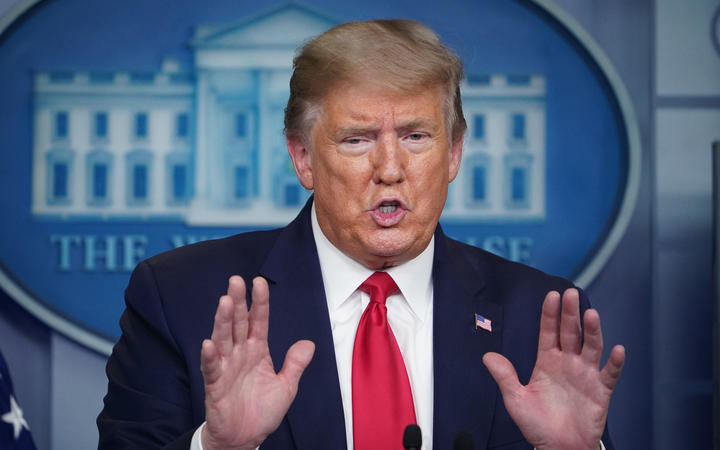 He says had the WHO done its job to get medical experts into China, the Covid-19 coronavirus outbreak could have been contained.

"I am directing my administration to halt funding while a review is conducted to access the World Health Organisation's role in severely mismanaging and covering up the spread of the coronavirus," Trump said.

"The WHO failed in its basic duty and it must be held accountable...

"Many countries said they were going to listen to the WHO and they have problems now the likes of which they cannot believe," Trump said.

He adds: "The world received all sorts of false information about misinformation and mortality."

However, the US would continue to engage with the organisation, he said.

US financial contributions to the WHO accounted for just under 15 percent of its funding in 2019.

Trump also accused the WHO of putting political correctness above saving lives and taking China's claims about the outbreak at face value.

Trump accused the WHO of being biased towards China in recent weeks, and recently attacked the organisation for being too "China-centric" in its tackling of the coronavirus pandemic.

If the WHO had gone to China to oversee the outbreak, mores lives would have been saved, he claims, adding that "their reliance on China's disclosures ... likely caused a 20-fold increase in cases worldwide and it may be much more than that."

"So much death has been caused by their mistakes," he said.