Thousands of military personnel will be deployed in US states to help them deal with the Covid-19 coronavirus epidemic, President Donald Trump says. 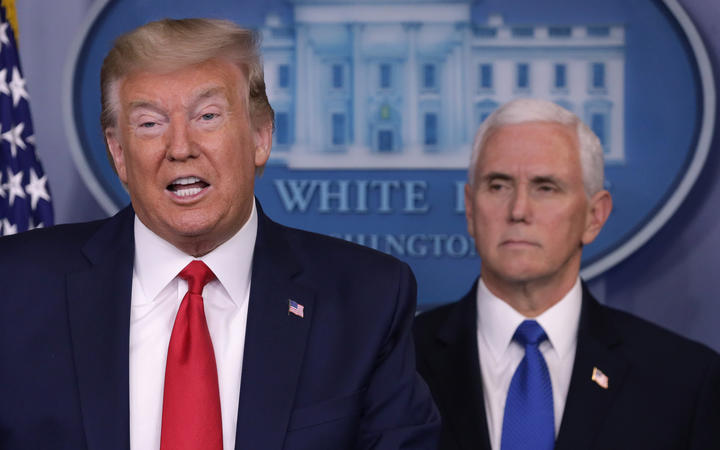 "We're going to be adding a tremendous amount of military to help," Trump said in a daily briefing with reporters.

He said 1000 military personnel were being sent to New York City, including military doctors and nurses.

Most deaths have been in New York City and the state's case tally of 113,000 is almost as high as the whole of Italy.

Governor Andrew Cuomo said he expected infections to peak in the next fortnight, and the state was continuing its search for more ventilators.

He thanked China for sending 1000 ventilators, which were due to arrive this weekend.

Trump said federal assistance would be focused on areas that needed it most.

"In some cases we are telling governors we cannot go there as we don't think they need it, or someone else needs it," he said.

"There will be a lot of death, unfortunately. There will be death. We are looking for an obvious focus on the hardest hit regions.

"Some spring up, they hit you like you got hit by a club."

He said the federal government was asking states to meet demand of local medical supply shortages, and was working with hospitals and distributors to make sure those with highest needs were prioritised.

Trump also said that he was employing the Defence Production Act, a federal law instituted in response to the Korean War in 1950, which allows it to requisition materials and facilities - seemingly confirming mask manufacturer 3M's claim that it had been told by the US government not to send masks to Canada or Latin America.

"Fema [the Federal Emergency Management Agency] has ordered 180 million N95 masks and we're working now with 3M to see if that works out," he said.

"But we want them to help our country. We need the masks, we don't want other people getting it... you could call it retaliation."

"We're very disappointed in 3M," he said, "they can sell to others, but they should be taking care of our country."

Responding to a question about accusations that the US had committed an act of "modern piracy" by redirecting 200,000 Germany-bound masks for its own use, the president said: "There has been no act of piracy, it's the opposite".

"3M has not treated our country well, and if they do, great. If they don't, they're going to have a hell of a price to pay."

Trump and Vice-President Mike Pence both praised the contributions of healthcare workers during the pandemic.

"I have seen such support," Trump said, adding that "people clapping for the fire department, clapping for police, they're like warriors. They're the rock stars".

Pence agreed, saying: "The stories are incredibly moving about what healthcare workers are doing every day.

"To hear the stories of healthcare workers who are holding up a phone while someone who is critically ill with coronavirus is saying their last goodbyes to family, and to be with them in those last moments, our healthcare workers are not just doctors or nurses today, they're supplementing for family."