Sir Keir Starmer has vowed to lead the UK Labour party "into a new era with confidence and hope" after decisively winning the contest to succeed Jeremy Corbyn. 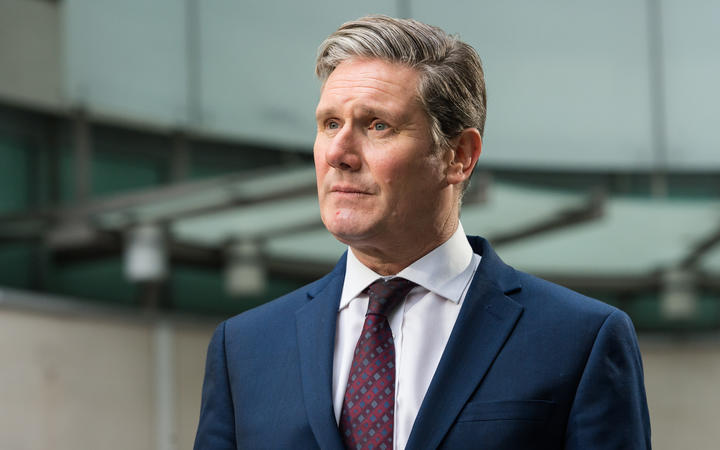 The 57-year old defeated Lisa Nandy and Rebecca Long-Bailey in a ballot of party members and other supporters.

The lawyer, who became an MP in 2015, won on the first round of voting, with more than 50 percent of ballots cast.

Sir Keir has described himself as a socialist but not a Corbynite, and vowed to keep key policies from the Corbyn era, such as nationalising rail, mail and water and repealing anti-union laws, in a 10-point plan.

The MP for Holborn and St Pancras, in London, had been the odds-on favourite to win the contest, having received the backing of more MPs and local Labour branches than his rivals as well as significant union support.

He led the Crown Prosecution Service before entering frontline politics. He served in Corbyn's top team for more than three years where he was responsible for the party's Brexit policy.

The full results of the leadership contest were:

After his victory, Sir Keir spoke to PM Boris Johnson and agreed to meet next week to discuss the Covid-19 crisis.

In a video message released by the Labour Party, Sir Keir promised to work constructively in opposition and said he hoped Labour "when the time comes can serve our country again - in government".

He apologised for the "stain" of anti-Semitism that had tainted Labour in recent years.

He pledged to "tear out this poison by its roots" and said his success would be judged on whether Jewish members returned to Labour.

Just over 490,000 people voted, out of the 784,151 eligible to take part in the three-month contest triggered by Corbyn's decision to step down after Labour's heavy defeat in last year's general election.

Sir Keir won a majority in every section of Labour's selectorate, including 78 percent of the 13,000 registered supporters who paid a one-off £25 fee to take part.

The party's shadow Education Secretary Angela Rayner was elected deputy leader, replacing Tom Watson, who stood down as an MP before the election. She defeated four other candidates but the contest was much closer than the leadership vote, going to a third round of voting.

Saturday's result was announced by e-mail after plans for a public event were dropped due to the coronavirus crisis.

Sir Keir's first task will be to lead Labour's response to the coronavirus emergency, and he has accepted an invitation to take part in cross-party talks with the prime minister and the government's top scientific advisers next week, to "work together" on the crisis.

He has already spoken to England's Chief Medical Officer Chris Whitty and Simon Stevens, the chief executive of NHS England, about the current situation.

Sir Keir said he had been elected "at a moment like no other" and promised to work "constructively" with the government to confront the pandemic and not engage in "opposition for opposition's sake".

"We will shine a torch on critical issues and where we see mistakes or faltering government or things not happening as quickly as they should we'll challenge that and call that out.

"Our purpose when we do that is the same as the government's, to save lives and to protect our country."

Corbyn congratulated his successor and said he looked forward to working with him to "elect the next Labour government and transform our country".

Other prominent Labour figures welcomed Sir Keir's decisive victory, with former leader Ed Miliband saying "his decency, values and intelligence are what our country needs at this time of crisis".

Labour MP David Lammy, who backed Sir Keir's candidacy, said he was "ecstatic" about the outcome.

The BBC's political editor Laura Kuenssberg said Sir Keir's team had not been expecting a clean sweep and it would make it much easier for him to run the party and make any changes he wanted.