A group of Kiwi tourists stranded in New Delhi fear they may soon be evicted from their hotel and are begging the government for help to get home. 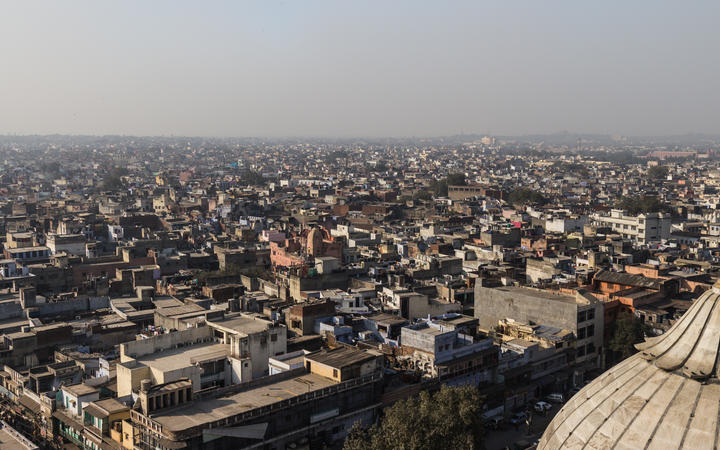 The two Waikato couples left for India early last month for a group tour - everyone else made it back, but they feel abandoned and say a mercy flight is urgently needed.

Jo and John Davidson and Marian and Don Stuart left Auckland for a tour of India on 12 March - around the time the World Health Organisation declared Covid-19 a pandemic.

Jo Davidson said they were encouraged to go by Marigold Tours, the company organising the trip - a claim the company rejects.

Not long into their tour coronavirus put the brakes on things - it was called off on 19 March.

Most of their tour group were able to get home but multiple flight cancellations mean they've been holed up in their Delhi hotel for nearly two weeks, with no clue of when they'll be able to leave.

Don Stuart said they had been due to leave on another flight on 6 April, but that had just been cancelled too.

"Now we've got to work towards April 15 at the earliest, and that would be our fourth or fifth attempt to get out."

Stuart is in his early seventies and Marian is 69 - he said if they were to get any serious illness, they were not sure if they would survive.

"I have medication that I have to take daily - I have enough to keep me going another two or three weeks but after that will probably run out."

Jo Davidson said with India now in lockdown too it was a very stressful place to be, with armed police patrolling their hotel.

The group has been told that their hotel may soon need to close, but they've been assured that the New Zealand High Commission in Delhi will help them find alternative accommodation.

Rather than a hotel, it's a flight home they desperately want.

Stuart urged the Minister of Foreign Affairs, Winston Peters, to help with a flight - which he said he was happy to pay for his fare on.

"Don't tell us to hunker down - that's useless, we just want to get home."

The Ministry for Foreign Affairs said there were around 6000 New Zealanders registered on its safe travel website as travelling overseas.

Over a week ago, Peters encouraged those people to stay put, as it was increasingly difficult to get flights home.

He said government assisted flights home were being considered, but there was no guarantees they would take place, and consular assistance would be provided where possible.

In a statement, Craig Wooliams of Marigold Tours, the group which the Davidsons and the Stuarts had been travelling with, said the risks of the trip were made clear to them before they left, including a partial refund if they chose not to go.

He said he was devastated that the couples were stranded in Delhi, and his heart went out to them, but going assistance from his company was being provided in New Zealand and India.