Australian authorities have opened a pop-up coronavirus testing clinic at Sydney's Bondi Beach on Wednesday, and the country's central bank has warned economic fallout from the pandemic could last for more than a year. 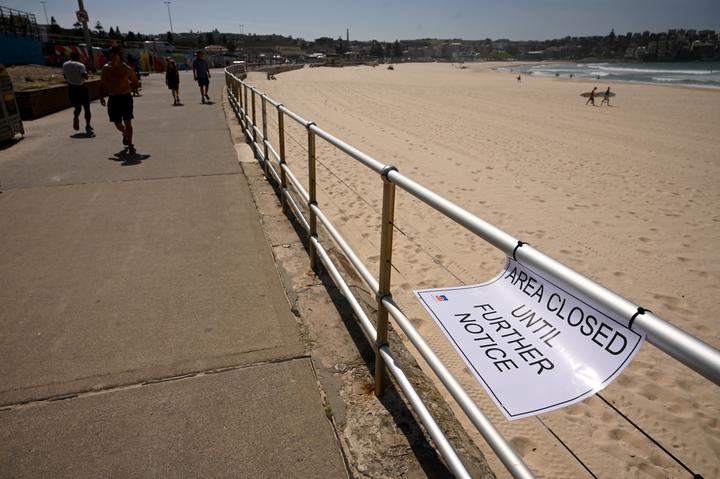 Bondi Beach in Sydney, has been closed, after huge crowds flocked there despite a ban on large gatherings. Photo: AFP

Authorities were zeroing in on areas where clusters of infections have been reported, following a sustained slow- down in new cases in recent days, to just over 4,700 nationally.

The death toll stands at 20, after a steady creep upward in recent days.

Officials have stressed the need for continuing strict social distancing measures, despite the slowdown, including restricting numbers of people meeting in public to just two, and the closure of parks, beaches and gyms.

"It doesn't take long for things to get out of control."

NSW, the country's most populous state, is responsible for almost half of the national cases, and has imposed the strictest penalties for anyone found breaching the rules restricting movement. 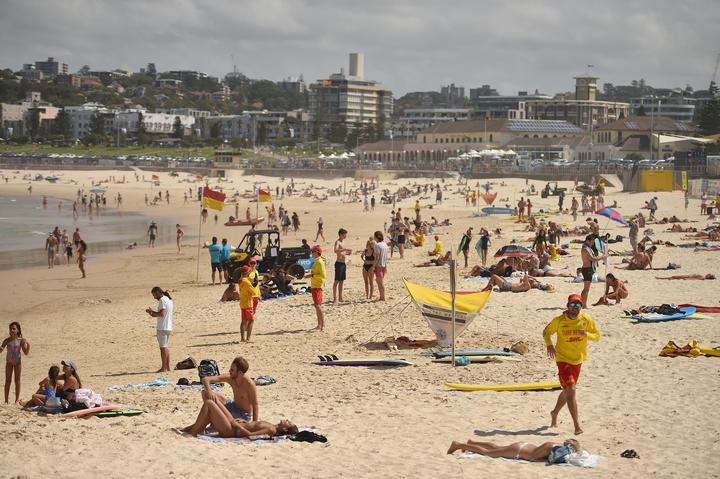 People sunbathing on Bondi Beach on 22 March, the day before it's closure to stop the spread of Covid-19. Photo: AFP

At Bondi Beach, health workers wearing masks and plastic gloves greeted people at the new pop-up testing clinic. NSW officials said earlier this week the virus may have been transmitted in the Bondi community via an infected backpacker who was not aware they were carrying the disease.

"Bondi is one of those places where we are seeing local transmission, and we have seen cases among backpackers in recent days," NSW Health director Jeremy McAnulty said in Sydney on Wednesday.

Bondi made headlines in March when thousands of people were seen ignoring social distancing rules at its world-famous beach.

Official data showed young people aged 20 to 29 years old account for the highest rates of coronavirus infections across the country, followed by those in their early 60s.

Experts told local media the former were most likely to travel or socialise in groups, while the latter represented the cruise ship demographic. 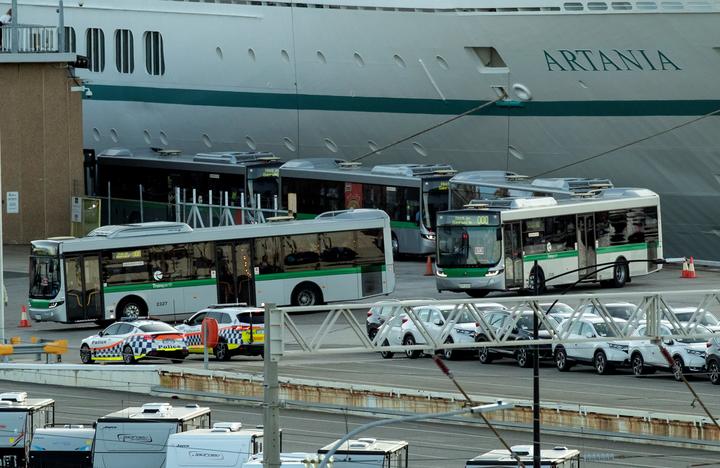 The rate of growth in new infections across Australia has slowed to just under 10 per cent in the past three days, from 25 to 30 per cent a week ago, raising hopes Australia is starting to "flatten the curve".

"Whilst there are still more cases each day, we're not seeing the scenes and the kind of growth in cases that so many other parts of the world are experiencing right now," Daniel Andrews, the premier of Victoria, the country's second most populous state, said in Melbourne.

The federal government has planned for up to 100 pop-up clinics across the country to ramp up testing in transmission hot spots.

In South Australia, the Barossa Valley wine region has closed schools and facilities this week due to a localised outbreak, while six baggage-handlers working at the state's Adelaide airport have also tested positive to Covid-19.

Barossa council mayor Bim Lange said that put pressure on vineyards and related businesses at the height of the grape-picking season.

"We've had three years of drought, and now this," he said.

A single aged-care facility in Sydney accounts for a quarter of the national death toll.

The Reserve Bank of Australia warned on Wednesday the country's A$2 trillion (NZ$2.06 trillion) economy would likely experience a "very material contraction" in economic activity, that would spread across the March and June quarters and potentially longer.

The central bank held an out-of-cycle meeting mid-way through March, when it reduced its cash rate to a record low 0.25 percent, and embarked on a bond buying programme to try to shield the economy from the devastation caused by the coronavirus pandemic.

Like many countries, Australia's financial and jobs markets have been roiled by the outbreak, prompting the government to unveil several stimulus packages, including a A$130 billion (NZ$133.78 billion) six-month wage subsidy.