Australia's top doctors have called on the federal and state governments to be transparent about how low the supplies of personal protective equipment (PPE) - such as masks, gowns and gloves - actually are. 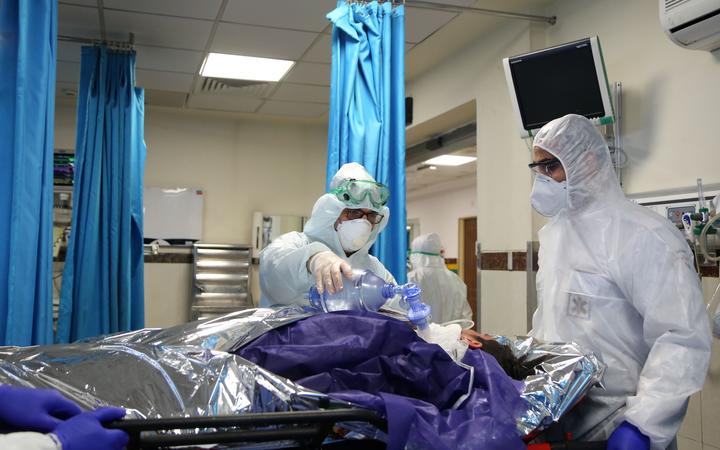 Medical gowns and masks are in short supply. Photo: AFP

Hospitals and GP clinics across the nation are trying to conserve PPE. Medical professionals are being told stocks are already low, but said they are not being told how low.

"Governments and ministries need to be transparent about what the situation is. What are their stocks, what are we doing to get more stocks?" Paul Torzillo, executive clinical director at Sydney's Royal Prince Alfred Hospital, said.

"I don't how much [stock there is] and I don't think anyone else in the frontline really has that knowledge.

"I think there ought to be a lot clearer guidelines at the state and Commonwealth level."

GP Mukesh Haikerwal is almost out of gowns and masks at his Melbourne clinic where he has been testing patients for coronavirus in the car park.

He has tried ordering more stock from his normal supplier but they are out too.

"We are the frontline of general practitioners in this space. Unfortunately, we are completely ignored and neglected by the state health authorities and [do] not seem to be any part of the planning process.

"We have had no encouragement; we've had no support. We've had no equipment, that's all being saved for the hospitals. Yet we are expected to keep people out of hospitals, to do as much as we can in our clinics."

The majority of Australia's PPE is imported from China but there are major shortages worldwide. In Italy, Spain and China, the failure to protect health workers has resulted in thousands of staff being infected.

"A lot of the staff are very scared on the frontline," Melbourne surgeon Sushil Pant said.

"We are all going to see colleagues around us who fall ill and who may not make it.

"Although we are willing and able now, it won't take much for our frontline staff to be unable to perform their jobs, and eventually perhaps [be] unwilling because they're so scared."

The Federal Government has sent 14 Australian Defence Force personnel to join the production line to ramp up the supply of masks and other medical items.

"Prior to this we probably had about 5 percent of the Australian market, we were making about maybe 2 million masks a year," Med-Con chief executive Steven Csiszar said.

"All of a sudden now we're potentially looking at, with added machines, making as much as 50 million masks a year."

The Federal Government has promised to source an extra 30 million medical masks within two weeks.

In a statement, a NSW Health spokesperson said a statewide strategy was being implemented to ensure all medical staff had PPE.

"NSW Health is working around the clock to move stock around the state and ensure that regional areas have timely access to required PPE," the spokesperson said.

At a press conference, Queensland's Chief Medical Officer Jeannette Young said there was "sufficient personal protective equipment to make sure all our health staff in our public health system have what they need to do their jobs".