Mainland China outside Hubei has reported no new locally transmitted cases of the Covid-19 coronavirus for the second straight day, while 36 were reported in Wuhan. 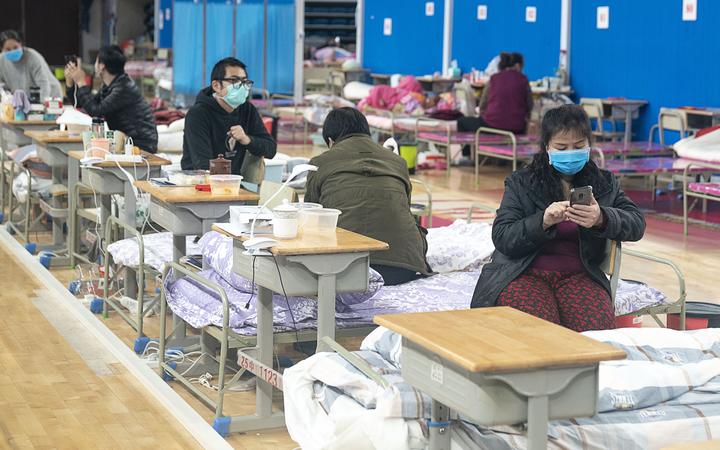 Patients rest at a makeshift hospital in Wuchang District of Wuhan. Patient numbers have decreased as patients are transferred or discharged. By Sunday afternoon, the hospital had admitted a total of 1124 patients, but only 116 were still being treated. Photo: AFP / Xinhua / Xiong Qi

China had 40 new confirmed cases of coronavirus infections on Sunday local time, the National Health Commission said, down from 44 cases a day earlier and the lowest number since the health authority started publishing nationwide data on 20 January.

Of the new cases on Sunday, 36 were new infections in Wuhan, the provincial capital of Hubei, while the remaining four - in Gansu province - were imported from Iran.

The total number of imported cases hit 67, including the four Gansu cases.

The new cases on Sunday brought the total accumulated number of confirmed cases in mainland China to 80,735.

The death toll from the outbreak in mainland China had reached 3119 by the end of Sunday, up 22 from the previous day.

Hubei province, the epicentre of the outbreak, reported 21 new deaths with 18 in the capital, Wuhan.