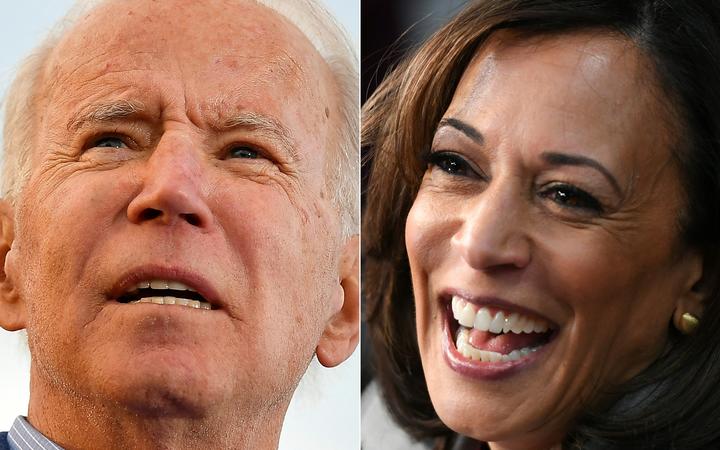 "Biden has served our country with dignity and we need him now more than ever," she said in a Twitter post.

Her announcement is another boost for Biden, the Democratic front runner to take on Donald Trump in November.

Harris, seen as a rising star within the party, dropped out of the presidential race in December.

Support for Biden surged in the Super Tuesday Democratic primaries last week, with the 77-year-old winning 10 of the 14 states that voted.

The list of possible candidates who might realistically win the nomination then narrowed to become a contest between centrist Biden and the left-wing Senator Bernie Sanders.

Throwing her support behind Biden on Sunday, Harris, 55, said in a recorded message on Twitter: "I really believe in him and I have known him for a long time."

"We need a leader who really does care about the people, and can therefore unify the people," the senator added.

.@JoeBiden has served our country with dignity and we need him now more than ever. I will do everything in my power to help elect him the next President of the United States. pic.twitter.com/DbB2fGWpaa

Biden later thanked Harris for her support. "Kamala - You've spent your whole career fighting for folks who've been written off and left behind… from our family: thank you," he tweeted.

The two have, however, previously clashed during the presidential debates.

Last June, Harris attacked Biden over his previous opposition to a policy combating segregation in schools.

Harris - the only black woman in the Democratic field - pilloried Biden for having recently reminisced about working with two Democratic senators who favoured racial segregation.

She said at the time that she did not believe he was a racist, but added: "It was hurtful to hear you talk about the reputations of two United States senators who built their reputations and career on the segregation of race in this country."

Biden's wife, Jill, said the senator's comments were "the biggest surprise" of the campaign, adding: "The one thing you cannot say about Joe is that he's a racist... I mean, he got into politics because of his commitment to civil rights."

Harris, a fierce critic of President Trump, said she would be campaigning with Biden in Detroit on Monday.

Separately, US civil rights activist Jesse Jackson on Sunday endorsed Sanders, saying the Vermont senator's progressive social and economic policies would give black Americans "the best chance to catch up".