New Zealander Troy Collings, the head of the first budget travel agency to North Korea, has died of a heart attack at 33. 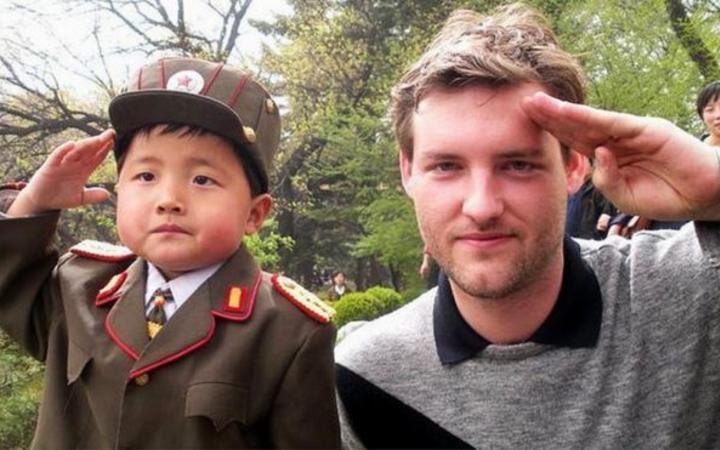 He was the co-founder and managing director of Young Pioneer Tours - an agency which focused on younger tourists who wanted to travel to the secretive communist country.

Driven by the goal of making visiting North Korea affordable, the company had a big impact on tourism to the North.

Collings, who was from Auckland, died last week, the company said.

"Troy was instrumental in establishing Young Pioneer Tours as one of the leading travel companies for North Korea," the firm said in a statement.

"We here at YPT have lost a visionary and a true pioneer to the travelling industry.

"Those of us who have been fortunate enough to know or to be led on a tour by Troy have lost a dear friend."

Collings co-founded the company with Gareth Johnson in 2008.

In an interview in 2018, he said his interest in the country was spurred by the 2004 documentary on North Korean gymnastics, A State of Mind.

During a subsequent trip, he realised "the potential tourism had to help the locals and to influence the country's development".

"More importantly, I made some real human connections with people I met that had a profound effect on me," he said.

"I decided during that trip that this is what I wanted to dedicate my life to."

Together with Johnson - to whom he credited the idea - he began building a travel business to take groups to North Korea, at around half the cost of what other tour organisers were asking.

"The hurdles were less than most people would expect, but that was mostly due to good relations, with good partners we had formed in Pyongyang over our visits," he said.

The agency's packages range from visiting the capital, to the Pyongyang Marathon, to tours through the countryside.

"If it were not for the budget pricing model which YPT pioneered then many young people would never have had the chance to visit the DPRK," Chad O'Carroll, managing director of North Korea specialist website NK News told the BBC.

"These are tours which in some cases - such as my own - played a major role in catalyzing a long-term interest in focusing on the country."

All trips to North Korea receive close scrutiny from the North - groups are accompanied by a North Korean guide and it's not possible to choose your own itinerary.

Today, the company also offers other tours off the beaten track, including Chernobyl in Belarus or East Timor in Asia.

In 2018, Collings said he'd "learnt a lot - but the biggest lessons have probably been to examine my own biases and view everything with a critical eye".

"People talk all the time about North Korean propaganda, but it's naive to think we aren't inundated with our own. Things aren't black and white and agendas are everywhere.

"Don't just form opinions based off the last book or article you read or speaker you saw but reserve judgement until you really have an understanding of a situation."

While tourism to North Korea remains niche, it has brought a steady flow of revenue to the country.

Numbers are hard to get and not reliable, but it's thought that around 100,000 foreigners visit the country each year.

The vast majority are Chinese - the number of non-Chinese tourists is estimated to be between 8000 and 10,000 per year.