A Philippine security guard, sacked from his job at a shopping mall in the capital, Manila, shot a man and took dozens of people hostage. 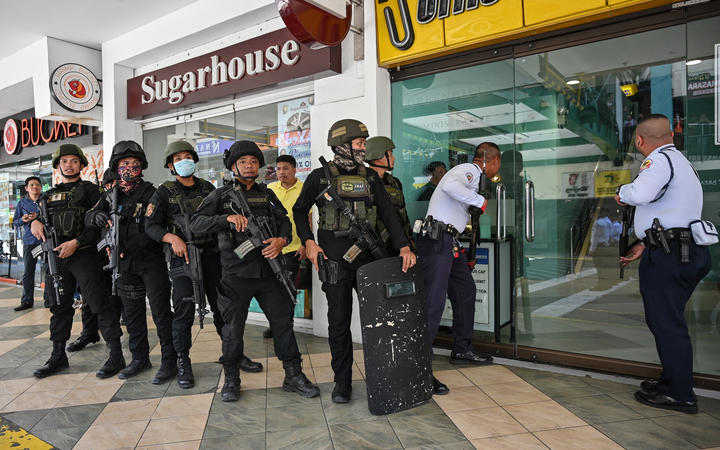 Members of a police SWAT team prepare to enter a mall after a hostage situation was reported in suburban Manila on 2 March, 2020. Photo: Ted Aljibe / AFP

The man entered the administration office of V-Mall in Manila's San Juan City armed with a pistol and was shouting that he was carrying a grenade, according to mayor Francis Zamora.

The man that he shot was stable in hospital, Zamora said.

The gunman, Archie Paray, later gave assurances that the hostages would be released without harm, provided that the authorities did not try to trick him.

He was sacked by the company that provides security for the mall and had tried to get other guards involved in what Zamora said was "some sort of coup d'etat against the mall management".

Though major hostage incidents are rare in the Philippines, memories are fresh of when a sacked policeman hijacked a Manila bus full of Hong Kong tourists in 2010, and was killed in a gunfight together with eight passengers when police bungled a rescue. 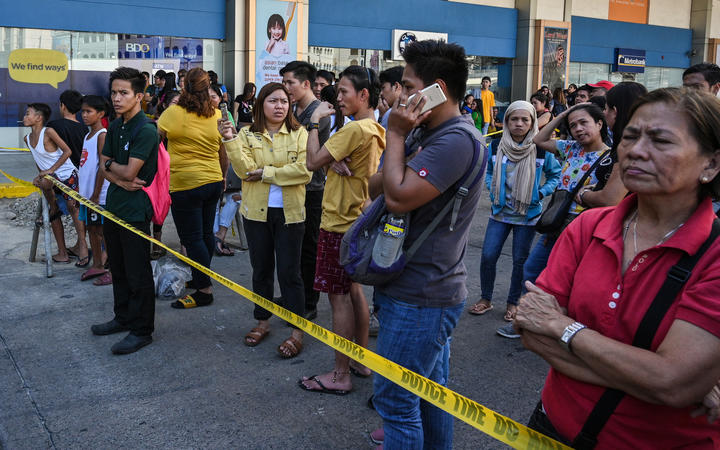 People gather outside a mall after a hostage situation was reported in suburban Manila on 2 March, 2020. Photo: Ted Aljibe / AFP

A SWAT team was seen entering the four-storey V-Mall as shoppers were evacuated and crowds of media gathered behind a security cordon.

Among Paray's demands was the opportunity to speak to former colleagues and to media by video call. The negotiators agreed.

Late in the afternoon, a guard held up a smartphone to media during which the gunman panned his camera around the room to show that the hostages were alive. He declined to say how many he was holding.

"Just wait, they will come out alive," he said.

Mall staff handed out a few radios to reporters to allow them to ask Paray questions.

The hostages wee later led to safety, officials told local media. Paray said he was angry that his security firm had failed to address his grievances about working conditions.

Earlier, the executives of the company, which had sacked him, apologised and offered to resign.