The red panda is not one species but two, according to DNA evidence. 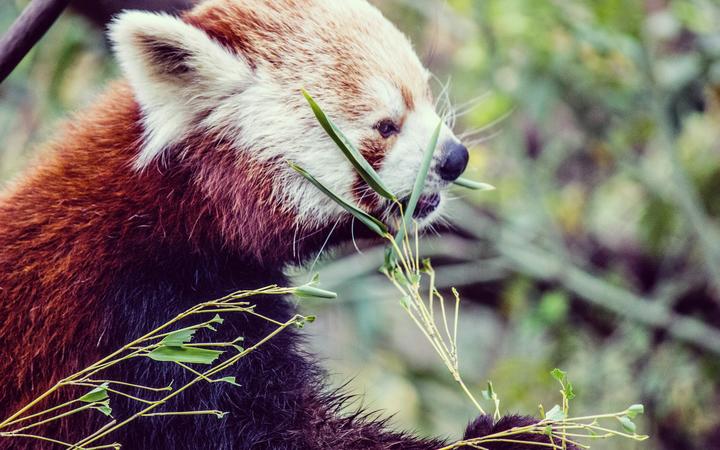 The red panda lives in the mountainous forests of China, India, Nepal, Bhutan and Myanmar, where numbers are down to a few thousand individuals and decreasing every day.

Two varieties have long been suspected, based on physical features, but genetic evidence has been lacking.

"To conserve the genetic uniqueness of the two species, we should avoid their interbreeding in captivity and construct clear captive pedigrees," he said.

Researchers in China analysed the DNA of 65 wild red pandas. This revealed two separate species which went their own separate ways after populations were divided by a river about 250 thousand years ago.

Mike Jordan, director of plants and animals at Chester Zoo, which has a pair of red pandas, says the genetic evidence allows us to say they're considered to be completely different species, rather than variations of one species.

"The population is down to what may only be a few thousand," he said.

"Now that we need to divide that few thousand between two different species it may increase the conservation imperative and I suspect one or more of the species we will discover is even more threatened than we thought previously."

The red panda (Ailurus fulgens) was initially considered a relative of the raccoon because of features such as its ringed tail, and then thought to be related to bears.

It is now known to be in a family of its own and one of the most evolutionary distinct and globally endangered mammals in the world.

Moumita Chakraborty is a fellow at EDGE, a conservation programme hosted at international conservation charity ZSL (Zoological Society of London).

The mammal is illegally hunted for its fur in southwest China, especially for its highly valued bushy tail from which hats are produced, she said. The "good-luck charm" hats are used by Chinese newlyweds.

"Due to the fragmentation of their natural habitat, small numbers, and niche food requirements their number border on the brink of extinction."

The research is published in the journal Science Advances.