The Duke of Sussex asked for delegates at a tourism conference in Edinburgh to address him simply as Harry. 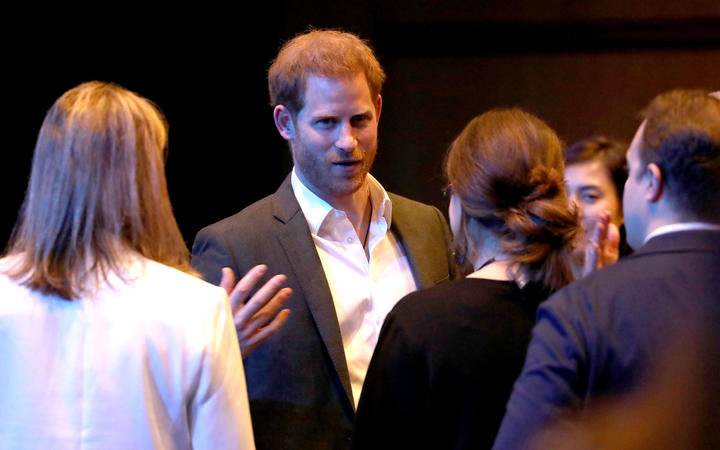 Britain's Prince Harry, Duke of Sussex, speaks to delegates as he attends a sustainable tourism summit at the Edinburgh International Conference Centre in Edinburgh. Photo: AFP

The prince was speaking at the Travalyst event being held in the Scottish capital.

Ahead of the short speech, event host Ayesha Hazarika told the gathering: "He's made it clear that we are all just to call him Harry."

Within weeks, the Queen's grandson and his wife, Meghan, will officially step away from royal duties.

In his address, Prince Harry - who is known as the Earl of Dumbarton when he is in Scotland - warned that the growth of tourism was threatening to destroy some of the world's most beautiful places.

On one of his last official engagements, the duke called on travel and tourism businesses to work together to develop a more sustainable future.

He said: "We believe that travel is a good thing - it is the heart of human experience, of cultural connections and of new friendships.

"It is a global powerhouse that employs hundreds of millions of people, keeping culture alive, protecting some of the world's most precious spaces and introduces us to people, places and wildlife that we have only ever seen on a screen."

But he said action needed to be taken to deal with an "inevitable surge" in visitor numbers.

He warned that if steps were not taken, there was the risk that more of the world's "most beautiful destinations" would be closed or destroyed.

He said this could also lead to "more communities becoming overwhelmed, more beaches shut because of pollution, and animals and wildlife driven from their natural habitat - which has a huge impact on communities and reduces tourism opportunities".

Prince Harry remains a prince but he has already made it clear that he now wants to be known as Harry, Duke of Sussex.

He and Meghan will keep their HRH prefix but not actively use it. They will also retain their Scottish title of the Earl and Countess of Dumbarton.

In the spring the couple, who will divide their time between North America and the UK, will step away from royal duties and cease to receive public funds.