The jury in Harvey Weinstein's sexual assault trial in New York say they are deadlocked on the most serious criminal charges but suggested they are unanimous on the others levelled against the former Hollywood mogul. 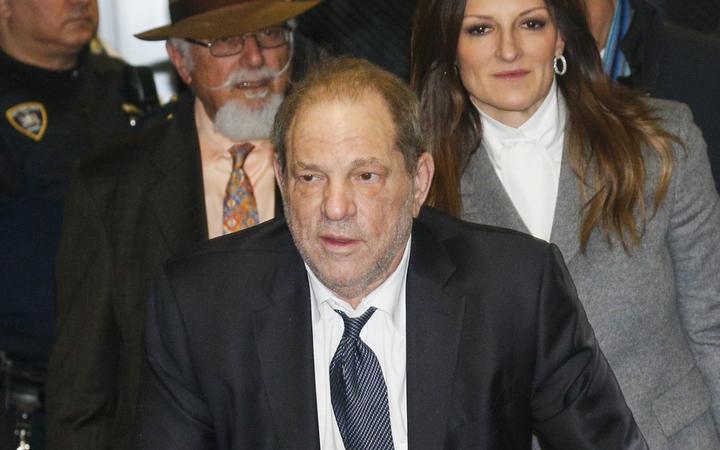 The jury in the trial of movie producer Harvey Weinsten has stopped its deliberations and will resume on Monday. Photo: AFP

Some legal experts said the jury's questions to the judge made it appear the seven men and five women were nearing a guilty verdict on at least one of the five counts against the producer of movies, including The English Patient and Shakespeare in Love.

A source within Weinstein's defence team said speculation about the verdict would be "premature and a mistake".

The jurors asked Justice James Burke on Friday afternoon (US time) whether they could be hung on the two counts of predatory sexual assault and unanimous on the other three, which include first-degree rape.

Conviction on the predatory assault charges, which carry a potential life sentence, would indicate that Weinstein is a repeat sexual offender. Two of the other charges carry prison terms of up to 25 years, while the third is up to four years.

Three legal experts, including Gerald Lefcourt, a criminal defence attorney who is not involved in the case, told Reuters that from their question to the judge it seemed the jurors were willing to convict Weinstein on the less serious counts.

The judge told them it is common for juries to have difficulty reaching a unanimous verdict, but that most are eventually able to do so.

"Please resume your deliberations," he said.

Jury breaks for the weekend

The jury later broke for the weekend and is expected to continue deliberating on Monday.

Asked outside the court in Manhattan what he thought the verdict would be, Weinstein, 67, shrugged and said he remained confident.

Donna Rotunno, his lead lawyer, has said the defence would be willing to accept a partial verdict, meaning the judge would accept the jury's decision on some counts and tell them to keep deliberating on the others. The prosecution has said it would not. 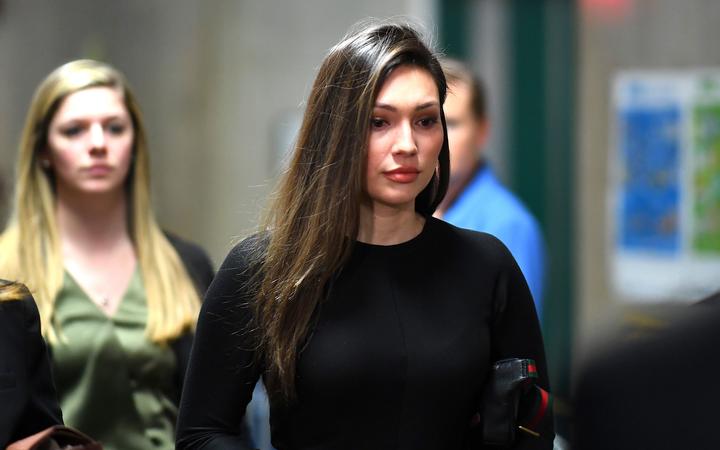 Actress Jessica Mann is one of the complainants in the case against Harvey Weinstein being heard in New York. Photo: AFP

Annabella Sciorra, best known for her role in HBO's The Sopranos, testified that Weinstein came to her New York apartment one winter night in 1993 or 1994, raped her and then forced oral sex on her.

That accusation is too old to be charged as a separate crime, but was introduced by prosecutors as an aggravating factor for the charges of predatory sexual assault on which the jury suggested it may be deadlocked.

Jurors can convict Weinstein of predatory sexual assault if they find that he committed the assault against Sciorra and at least one of the alleged crimes against Haleyi or Mann.

Defence lawyer Michael Bachner, who is not involved in the case, said it seemed the jury had convicted Weinstein on the counts related to the individual complainants.

"Otherwise, there really would be no reason for them to be considering the testimony of Ms Sciorra," Bachner said.

Another legal expert, defence attorney Julie Rendelman, said the jurors might be confused by the complexity of the predatory sexual assault charge.

The jury began its deliberations on Tuesday.

Since 2017, more than 80 women have accused Weinstein of sexual misconduct. He has denied the accusations and said any sexual encounters were consensual.

The allegations fuelled the #MeToo movement, in which women have accused powerful men in business, entertainment, media and politics of sexual misconduct.