A one-time aspiring actress says Harvey Weinstein subjected her to "degrading" abuse, in some of the most graphic testimony shared in his trial so far. 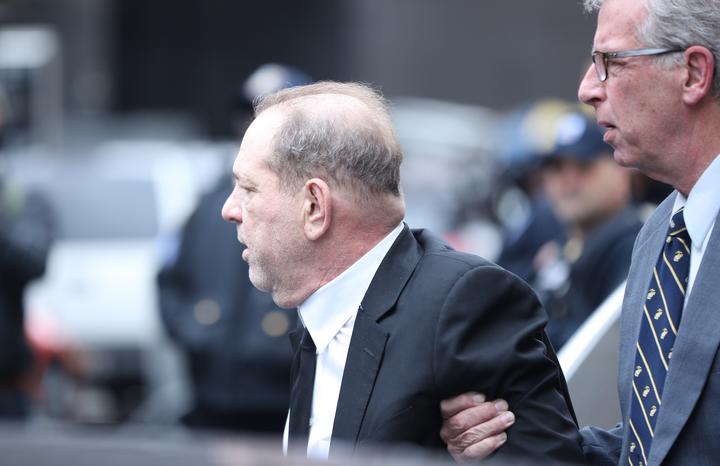 Jessica Mann detailed a catalogue of abuse by the Hollywood producer, saying he once trapped her in a hotel bedroom and raped her.

Three of the five charges against Weinstein relate to Jessica Mann, 34.

He denies non-consensual sex and his lawyers say emails prove his and Mann's relationship was consensual.

Mann's evidence came at the end of the fourth week of the Manhattan trial of the Oscar-winning Hollywood mogul, who produced films including Shakespeare in Love and The English Patient.

Mann said she met him in late 2012 or early 2013 at a party, and she told him of her ambition to be an actress. Later, she said, he invited her and a friend to a Los Angeles hotel suite. He then allegedly pulled Mann into a bedroom and performed oral sex on her.

She said he once urinated on her, and in 2013 raped her in a Manhattan hotel room. "If he heard the word 'no,' it was like a trigger for him," she said.

When asked why she stayed in the relationship, Mann said in tears that there was "no short answer".

"One of the aspects initially was that I had had a sexual encounter" with him, she said. "That wasn't something I could undo. That really confused me and hurt me." She stayed with him partly out of fear, she said.

One of Weinstein's lawyers, Damon Cheronis, said Mann sent "flattering" emails to Weinstein during their relationship, one of which said "Miss you, big guy." These prove the relationship was not abusive, the defence alleges.

In her testimony, Mann also alleged that Weinstein had "extreme scarring" on his body and used erectile dysfunction medication. She also believed he was intersex, and it appeared he had a vagina and no testicles.

Since October 2017, more than 80 women have publicly accused Weinstein of sexual misconduct but this criminal case involves only a few of them.

Some consider the trial a watershed moment, where some of Weinstein's alleged victims have had their voices heard in court for the first time.

Weinstein is on trial for five offences, including rape and predatory sexual assault. He denies the charges and all allegations of wrongdoing, but if convicted could face life in prison.

Here is what has happened in the trial so far. 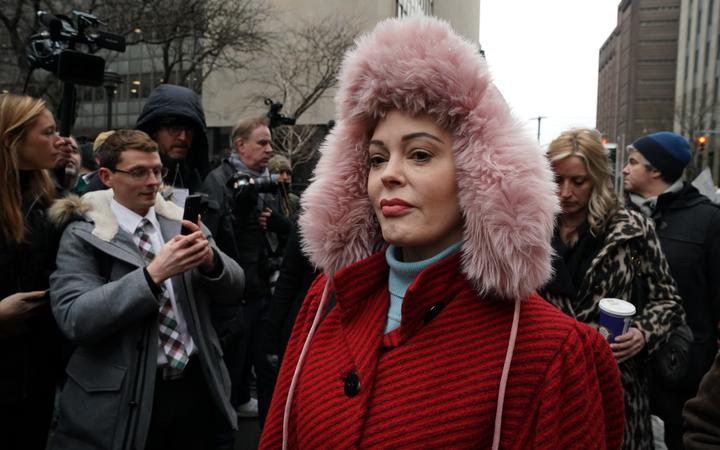 Weinstein turned up to his first court appearance heavily aided and using a walking frame. Crowds of protesters, including some accusers, gathered outside the courthouse to try and face him down.

"You thought you could terrorise me and others into silence. You were wrong," actress Rose McGowan, who accuses him of rape, said reading from an open letter.

The same day, on 6 January, the Los Angeles County district attorney's office announced new charges against Weinstein. After the New York trial, he is expected to appear in court in California.

Finding an impartial jury for the New York case was a difficult task, with hundreds summoned as potential jurors. Weinstein's legal team even filed a last-minute motion to move the trial outside Manhattan over the "carnival-like atmosphere" surrounding proceedings. They cited the media hype about model Gigi Hadid being among the potential jurors.

The first week of proceedings ended with a flash-mob of protesters performing an anti-rape chant outside, which could be heard inside the courtroom.

Week 2: The jury is chosen

During the process, prosecutors accused Weinstein's defence team of "systematically eliminating" young white women as jurors. The selection process concluded with five women and seven men on the panel.

Week 3: The trial and testimony begins

"The man seated right there was not just a titan in Hollywood, he was a rapist," prosecutor Meghan Hast said in her opening statement on 22 January.

She accused him of using his celebrity status to manipulate women and explicitly detailed allegations against him. Only two of the accusers' cases, Mimi (Miriam) Haleyi and Jessica Mann, have led to individual criminals charges in New York but the testimony of others is being used as supporting evidence.

Hast described how Weinstein allegedly "lunged at" Mimi Haleyi in 2006 to perform a forced sex act on her. Mann alleges he raped her in a New York hotel in 2013.

One of Weinstein's lawyers, Damon Cheronis, insists the state's case would "unravel" during the trial and urged the jury: "While the narrative they painted for you is one that may reinforce your preconceived notions, it's not the truth."

The defence aim to present the sexual interactions as consensual. At the opening, Cheronis alleged one accuser had even described Weinstein as "her casual boyfriend".

US actress Annabella Sciorra testified on 23 January that the film producer raped her in the winter of 1993/4. Her allegations, outside New York's statue of limitations, are being used to support the most serious charge of predatory sexual assault. 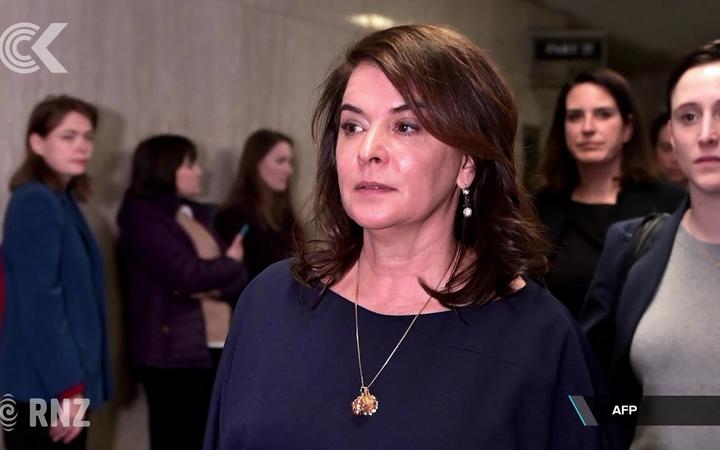 She said Weinstein forced his way into her apartment after a dinner with others. "I was trying to get him off me," she told the jury. "I was punching him, kicking him."

The former Sopranos actress described her body shaking after the alleged assault and said she did not go public with it for years because she was "afraid for her life". Sciorra's friend, fellow actress Rosie Perez, testified that she shared some details of the incident with her at the time, but on cross-examination lawyers challenged Sciorra's ability to remember the exact date of the alleged attack.

A forensic psychiatrist, Dr Barbara Ziv, also testified as an expert witness to explain misconceptions around rape and the behaviour of victims.

Production assistant Mimi Haleyi told the court that Weinstein assaulted her twice in Manhattan in 2006, after he helped her get a job on a television show he produced.

She detailed an incident at his apartment where she alleges he performed oral sex on her, without consent, when she was on her period.

"Every time I tried to get off the bed he would push me back and hold me down," Haleyi said during emotional testimony. "At this point I realised what was happening. I'm being raped."

She told the court he convinced her to meet again weeks later. On that occasion she allegedly "laid there" as he had sex with her in an incident that left her feeling "numb" and like "an idiot". Weinstein has only been charged over the first alleged encounter.

During cross-examination Weinstein's defence focused on her continued contact with him after the alleged incidents and presented email exchanges between the two including one she signed off with "lots of love".

Throughout the week further "prior bad acts" witnesses continued to testify. Former actress Dawn Dunning alleged Weinstein put his hands up her skirt and touched her genitals at a hotel in Soho in 2004 and later tried to offer her film roles in exchange for sex.

Tarale Wulff alleged Weinstein masturbated in front of her in 2005 when she worked as a waitress. She said she was later invited to read scripts by Weinstein Company staff and was taken to his apartment, where he allegedly raped her.