US customs officers made an unusual discovery when they carried out a spot check on a Canadian mail truck - a human brain inside a jar. 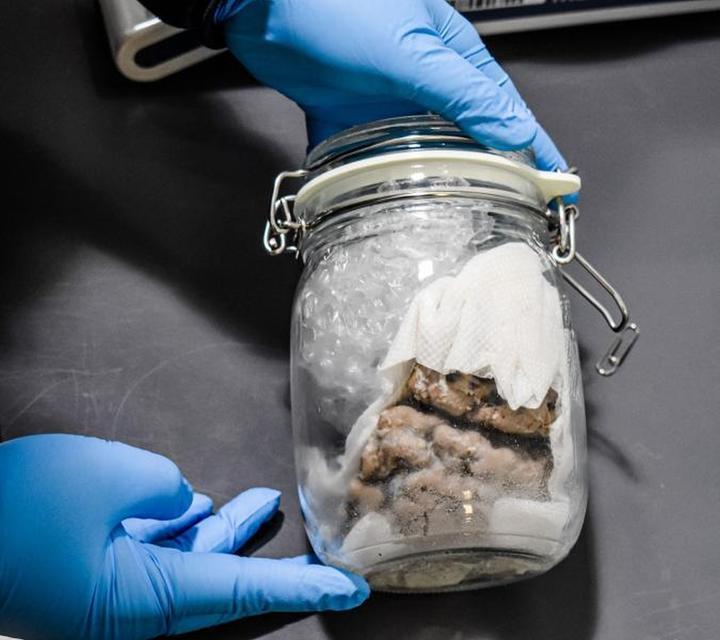 The brain was found at the Blue Water Bridge crossing, between Michigan and the Canadian province of Ontario, on 14 February, US Customs and Border Protection (CBP) said.

It was inside a shipment labelled "Antique Teaching Specimen".

The shipment originated in Toronto and was destined for Kenosha, Wisconsin.

"Upon opening the shipment, CBP officers found the package to contain a human brain specimen inside of a clear glass mason jar without any paperwork or documentation in support of its lawful entry into the United States," the agency said in a statement.

CBP port director for the region Michael Fox said people needed to remember the Centers for Disease Control and Prevention (CDC), the US national public health institute, had strict rules regarding permits to import shipments "such as this".

CBP agriculture specialists were seeking advice from the CDC over rules related to "infectious biological agents, infectious substances, and vectors for final disposition of the specimen".

This is not the first oddity found by US border agents.

The massive molluscs, which are prohibited in the US, were later incinerated because they can carry harmful parasites.

In 2006, agents seized eight tonnes of prehistoric fossils - including dinosaur eggs - which they suspected were smuggled from Argentina following a raid on a fossil show in Arizona.