The lone suspect of two deadly shootings which killed eight people in the western German city of Hanau has been found dead at his home. 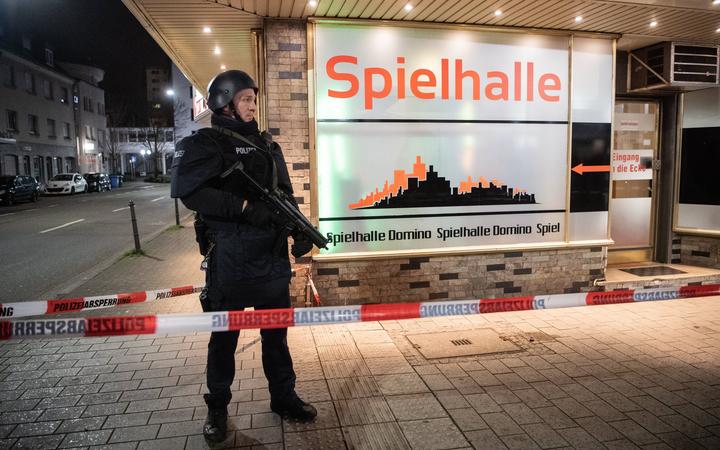 A police officer secures an area in the immediate vicinity of the crime scene in Hanau. Photo: AFP

At least five people were injured after a gunman opened fire at 10pm local time (10am NZT) police told the BBC.

The regional police force tweeted at 5am local time that the suspect was found dead at his home, and that there appeared to be no other perpetrators.

The first shooting was at a bar in the city centre, while the second was in Hanau's Kesselstadt neighbourhood.

They sparked a seven-hour manhunt, while officers searched for what they thought could have been multiple gunmen. 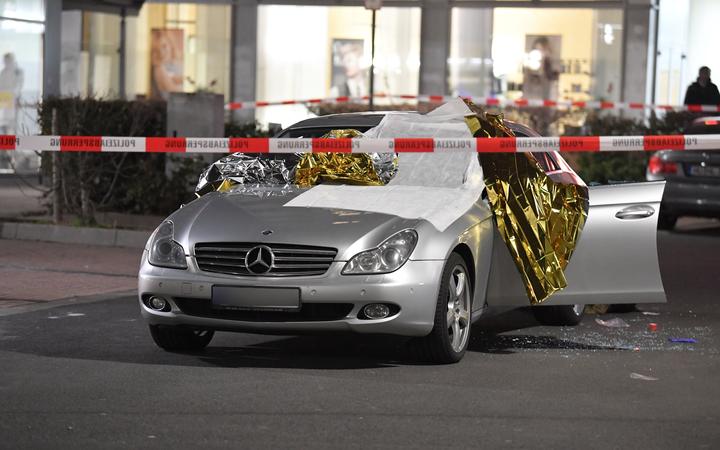 A car in Hanau is covered with thermo foil, with the crime scene sealed off with police tape. Photo: AFP

The motive for the attack remains unclear, and the police investigation is ongoing.

Can-Luca Frisenna, who works at a kiosk at the scene of one of the shootings, said his father and brother were in the area when the attack took place.

"It's like being in a film, it's like a bad joke, that someone is playing a joke on us," he told Reuters. "I can't grasp yet everything that has happened. My colleagues, all my colleagues, they are like my family - they can't understand it either."

Hanau, in the state of Hessen, is about 25km (15 miles) east of Frankfurt.

This attack comes four days after another shooting in Berlin, near a Turkish comedy show at the Tempodrom concert venue, which killed one person.