The Queen of England's eldest grandson Peter Phillips and his wife Autumn have announced they are to divorce. 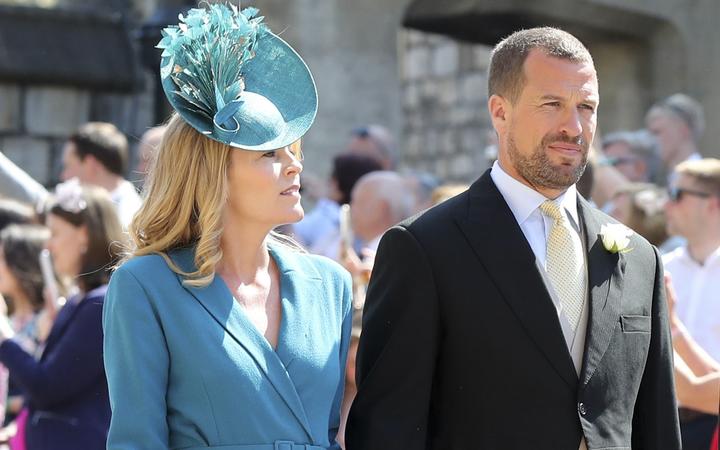 A statement issued on their behalf said the decision was "the best course of action for their two children and ongoing friendship".

It confirmed they had separated and would share custody of their children Savannah, nine, and Isla, seven.

Both families were "sad" but "fully supportive" of the decision to "co-parent", the statement added.

The couple told the Queen and other Royal Family members about their decision last year.

Phillips, 42, is the son of Princess Anne and her first husband, Captain Mark Phillips. He is the eldest grandchild of the Queen and the Duke of Edinburgh.

"The decision to divorce and share custody came about after many months of discussions and although sad, is an amicable one," the statement read.

"Peter and Autumn have requested privacy and compassion for their children while the family continues to adapt to these changes."

Phillips met Autumn, a Canadian management consultant, at the Canadian Grand Prix in Montreal in 2003, while he was working for the Williams Formula 1 team.

They married in 2008 in St George's Chapel at Windsor Castle - where the Duke and Duchess of Sussex's wedding would take place 10 years later - and brought up their children in Gloucestershire.

Before the wedding, she gave up her Catholic faith - a move which, because of rules on royal successions that were later changed, allowed him to retain his right to the throne.

Phillips is not a working royal and does not have a title.

Last month the Daily Mail revealed he had featured in a Chinese television advert endorsing milk from Jersey cows.

The Queen was also photographed on Tuesday at King's Lynn station in Norfolk, where she was returning to London following her winter break at Sandringham.