A passenger plane landing at an airport in Istanbul has skidded off the runway and broken into three parts, killing one person and injuring more than 150, officials say. 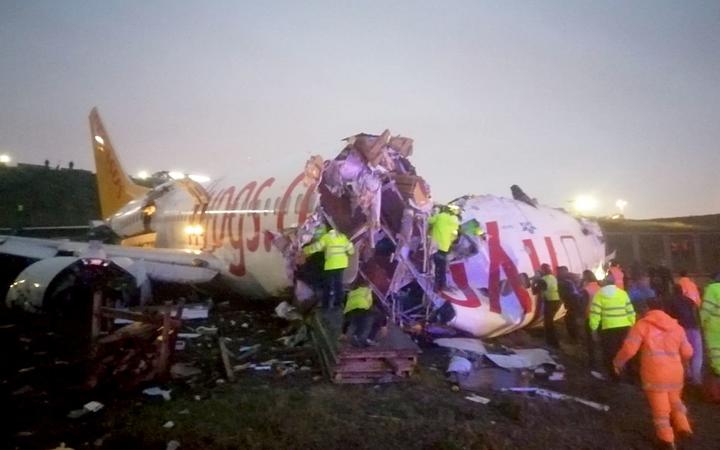 The Pegasus Airlines jet was carrying 171 passengers and six crew members from Izmir province in the west when it crashed at Sabiha Gokcen airport.

The Boeing 737 was trying to land in heavy tailwinds and rain.

The airport was closed and flights diverted after the accident. 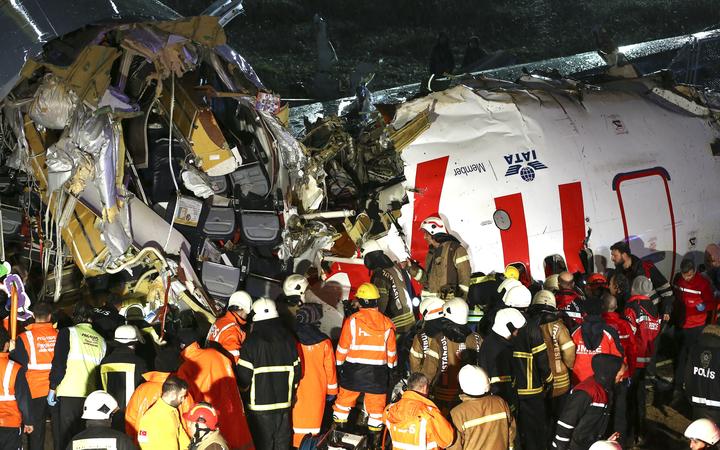 Turkish media said the majority of people on board were Turkish but there were also about 20 foreign nationals.

Istanbul Governor Ali Yerlikaya said: "Unfortunately, the Pegasus Airlines plane couldn't hold on the runway due to poor weather conditions and skidded for around 50-60m [164-196ft]."

He said the plane then fell between 30 and 40 metres off the end of the runway.

Health Minister Fahrettin Koca confirmed a Turkish citizen had died and 157 other people had been injured. He said none of the wounded people were in a critical condition.

Pegasus said in a statement that the plane had gone off the runway and that passengers were being evacuated. A spokesperson for the company did not provide further details.

NTV reported that the plane had attempted to land in heavy tail-winds despite the previous two flights holding off due to the wind.

There have been no fatalities, and our injured passengers have been taken to hospital.
We will continue to provide further information with regards to the incident.

Video footage showed passengers climbing through one of the large cracks to escape via one of the wings, and dozens of rescuers working around the jet.

Other footage on social media showed a blaze inside the aircraft, which was later put out by firefighters.

Transport Minister Mehmet Cahit Turhan said authorities had not yet been able to speak to the pilots, a Turkish national and a South Korean, who were believed to have been injured in the accident. 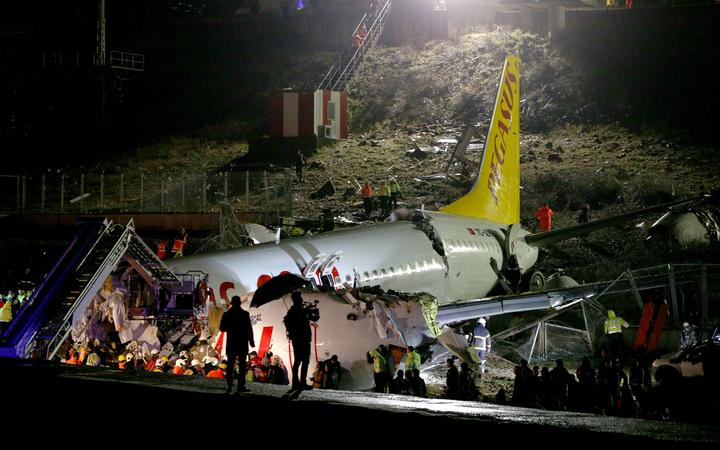 The low-cost Pegasus Airlines has a fleet of 83 aircraft - 47 Boeings and 36 Airbus planes - and has been flying for 20 years.

A Pegasus Boeing 737 coming in from Sharjah in the United Arab Emirates skidded off the runway at the same airport on 7 January. There were no casualties but the airport had to be temporarily closed.

And a Pegasus Boeing 737 also skidded off the runway at Trabzon airport in January 2018, plunging down the side of a cliff overlooking the sea. There were no casualties.

Turkish Airlines said it cancelled all its flight in and out of Sabiha Gokcen on Wednesday (local time).