The White House has informed former national security adviser John Bolton that his book manuscript appeared to contain "significant amounts of classified information" and could not be published in its current form. 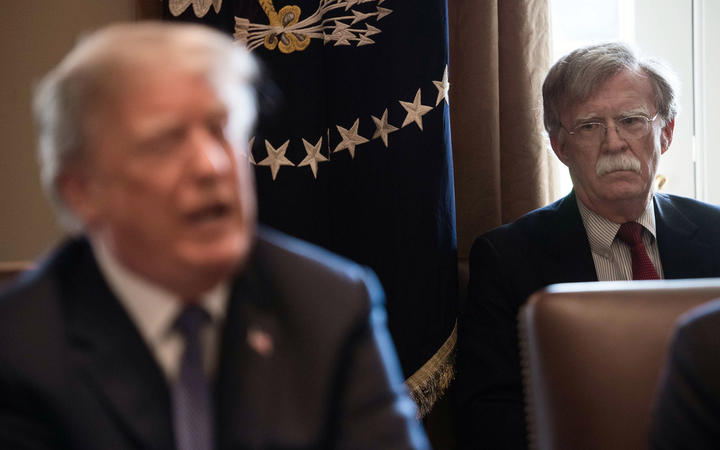 John Bolton and Donald Trump pictured during a cabinet meeting at the White House in April 2018. Photo: AFP

The letter from the White House National Security Council to Bolton's attorney, Charles Cooper, and seen by Reuters, said the manuscript contained some material that was considered "TOP SECRET."

Reports about the contents of Bolton's book appear to boost the Democrats' case against Trump at his trial. Democrats want to call Bolton, a foreign policy hawk in several Republican administrations, to testify but many Republican senators have so far resisted any new witnesses.

A spokeswoman for Bolton had no comment. Neither his publisher nor lawyer immediately responded to requests for comment.

Senators began the first of two planned days of posing questions to both Trump's legal team and the Democratic lawmakers in the House of Representatives who have served as prosecutors in the trial on charges of abusing power and obstructing Congress arising from his request that Ukraine investigate political rival Joe Biden.

The questioning precedes a vote later in the week on whether to call witnesses including Bolton, as Democrats have sought.

Senate Republican leaders are hoping to vote as quickly as possible to acquit Trump, leaving him in office.

Senate Majority Leader Mitch McConnell told senators on Tuesday he did not have the votes to block Democrats from calling witnesses because some Republicans remained uncommitted, several media outlets reported. Democrats need four Republican senators to join them in voting for witnesses in order to get a majority in the 100-seat Senate. 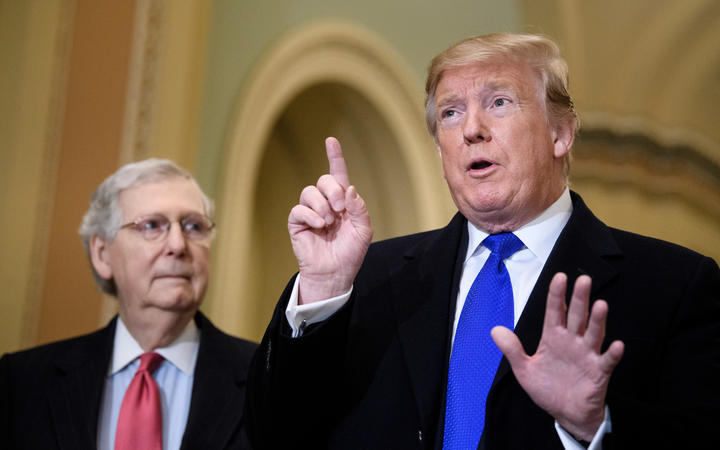 Removing Trump from office would take a two-thirds majority. There are 53 Republican senators and none of them has publicly advocated removal. The Democratic-led House impeached Trump last month.

Trump added that Bolton, who left his White House post in September, "goes out and IMMEDIATELY writes a nasty & untrue book. All Classified National Security. Who would do this?"

Contradicting Trump's version of events, Bolton wrote in an unpublished book manuscript that the president told him he wanted to freeze $391 million in security aid to Ukraine until Kiev pursued investigations into Democrats, including Biden and the former vice president's son Hunter Biden, the New York Times reported.

Bolton's allegations go to the heart of the impeachment charges. Democrats have said Trump abused his power by using the security aid - passed by Congress to help Ukraine battle Russia-backed separatists - as leverage to get a foreign power to smear a political rival.

Biden is a leading candidate for the Democratic nomination to face Trump in November.

Trump has denied telling Bolton he sought to use the aid as leverage to get Ukraine to investigate the Bidens. Trump has said he fired Bolton. Bolton, a foreign policy hawk who served as a temporary "recess appointee" as American ambassador to the United Nations under Republican former President George W. Bush, has said he quit.

Democrat Eliot Engel, chairman of the House Foreign Affairs Committee, took issue with Trump's contention that Bolton never said anything about the Ukraine matter when he left his post. Engel said Bolton suggested to him in a Sept. 23 phone call that the panel should look into Trump's removal last May of Marie Yovanovitch as American ambassador to Ukraine, a pivotal event in the Ukraine matter.

Trump ousted her after his personal lawyer Rudy Giuliani and others mounted a negative campaign against her at a time when Giuliani was pressing Ukraine to pursue the politically motivated investigations at the centre of the impeachment drama.

'The president knew everything'

Ukrainian-born US businessman Lev Parnas, who worked with Giuliani to pressure Ukraine, arrived in Washington from New York and headed toward the US Capitol. He was trailed by TV cameras, photographers and sign-toting demonstrators.

Parnas stopped by Senate Democratic Leader Chuck Schumer's office to pick up tickets to the trial, but it was not clear whether he would be allowed to see it.

Parnas will not be able to enter the Senate gallery where the trial is taking place because he is wearing a court-ordered ankle-monitoring device, his lawyer said. Parnas, facing federal campaign finance charges in New York relating to donations to a pro-Trump political group and others, has provided information to House Democrats damaging to Trump.

Parnas indicated he would be willing to testify in the trial, adding, "The president knew everything that was going on with Ukraine."

Schumer said he provided the tickets, though he is not seeking for Parnas to appear as a witness.

Wednesday's questions during the trial will alternate between Republican and Democratic senators. They will be submitted in writing and read aloud by U.S. Chief Justice John Roberts, who is presiding over the trial.

Trump's legal team wrapped up its opening arguments in the trial on Tuesday, saying he president did not commit any impeachable offences even if what Bolton said was true.

The Senate is expected on Friday to debate and vote on whether to call witnesses. Schumer made a fresh pitch for Republican support for witnesses, saying calling them would not result in a lengthy delay in the trial.