More sections of an ancient aquaculture system built by indigenous people in south-west Victoria thousands of years ago have been revealled after a fire swept through the area. 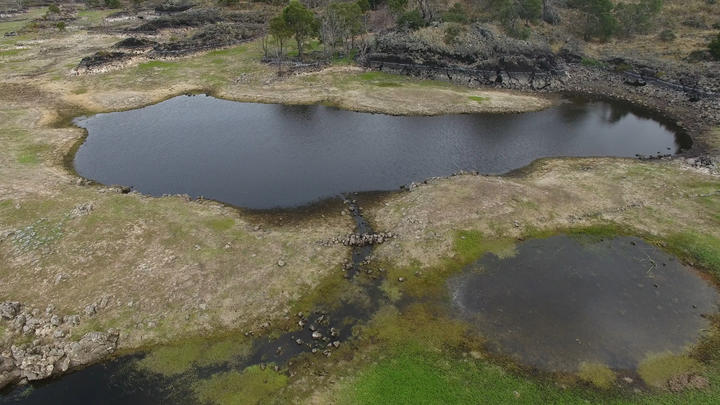 The Budj Bim Cultural Landscape, which includes an elaborate series of stone-lined channels and pools set up by the Gunditjmara people to harvest eels, was added to the UNESCO World Heritage List last year.

Some parts of the landscape, which also features evidence of stone dwellings, have been dated back 6,600 years - older than Egypt's pyramids.

Traditional owners, who inspected the site after a bushfire was brought under control last week, spotted extra sites previously hidden under vegetation, that they believe are part of that aquaculture system.

A fire sparked by a lightning strike nearby in late December was later subsumed by another fire ignited nearby, and only brought under control last week, after a mammoth firefighting effort.

It burnt through more than 7,000 hectares of land around Lake Condah and in the Budj Bim National Park, including some parts of the aquaculture system in an area known as the Muldoon trap complex.

Gunditj Mirring Traditional Owners Aboriginal Corporation project manager Denis Rose said when the fire first broke out he was not "too concerned" about how the fire would affect the system.

"There have certainly been many fires here in the thousands of years prior.

"Our major concern was the effect after the fire, and we've still got some work to do there.

"We were concerned about the trees … particularly those taller trees that are growing in and around some of those fish trap systems and also our associated stone house sites, of [the trees] being weakened and damaged, and potentially falling over and the roots upending some of these ancient stone structures."

When Rose and other traditional owners returned to the area after the fire, they were amazed by what they saw in the charred landscape.

"It was only maybe 20 metres off the track that we walk in, and it was hidden in the long grass and the bracken fern and other vegetation.

"We've noticed that in other parts of the lava flow as well, we've come across sites that just haven't been recorded that have been very close by."

UNESCO information on the site says the aquaculture system is built from cooled lava flows, and is "one of the world's most extensive and oldest".

The complex channels, weirs and damns are thought to have been used to trap, store and harvest harvest kooyang (short-finned eel) for more than 6 thousand years. 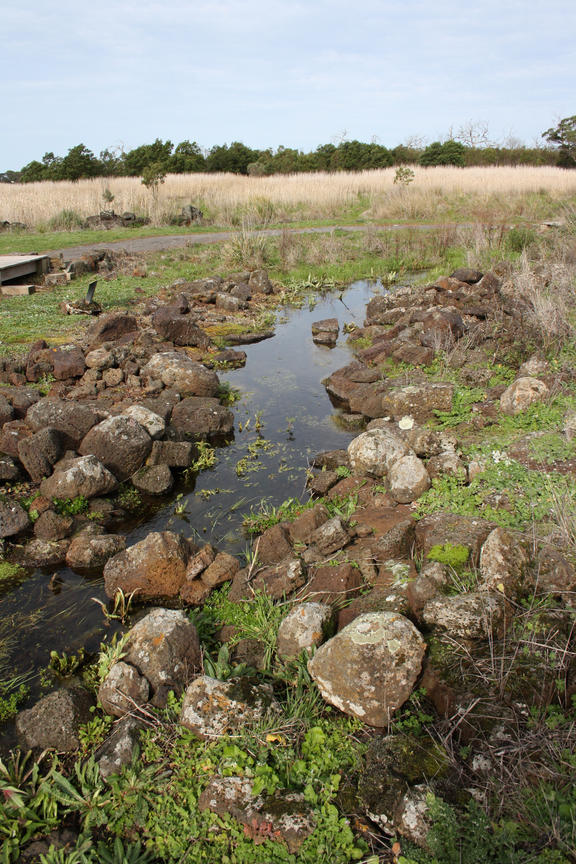 In the wake of the blaze, a cultural heritage survey will be carried out with input from archaeologists familiar with the site and indigenous rangers.

Aerial photography using specialised software will be used to survey the landscape as well.

Rose said although the find was positive it took place in the sobering context of the destructive fires that continue to burn in other parts of the country.

"We have been extremely fortunate here," he said.

"We've had relatively cool burns - certainly nothing like the damage and the devastation over in the eastern parts of Australia.

"[These fires] have burnt the undergrowth, rather than scorching the forest the whole way through." 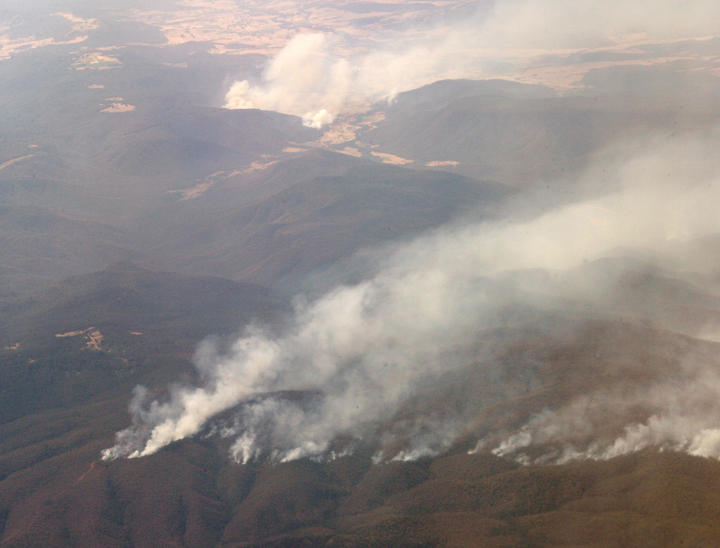 Firefighters have been managing fire in and around the Budj Bim National Park since the initial blaze that started a few days before Christmas Day.

Forest Fire Management Victoria manager Mark Mellington said firefighters had to work with the area's rocky terrain, a result of its relatively recent volcanic past.

"Earthmoving machinery is one of our typical uses for fire line construction," he said.

"[We knew] if we did have fires in that landscape, we would have to use lower-impact control techniques."

"We certainly acknowledge the wonderful work that they have done in protecting the lava flow and the cultural features on here," he said.