French designer Jean Paul Gaultier, known for dressing stars like Madonna and who cultivated an irreverent image as the industry's "bad boy", said on Friday that a fashion show in Paris next week would be his last. 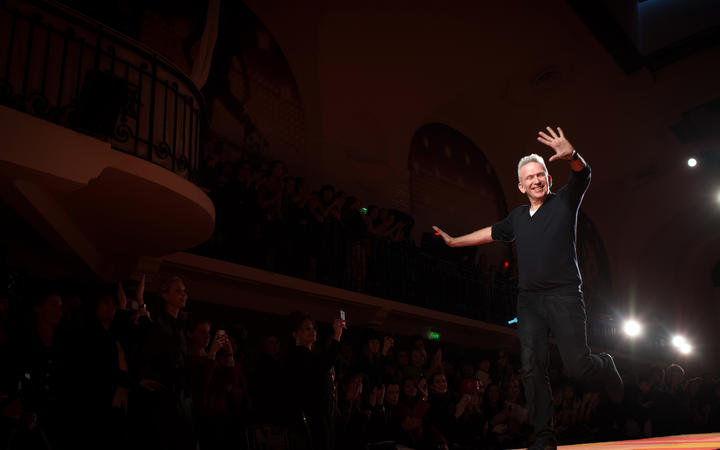 Gaultier, 67, did not detail what would happen to his namesake brand, owned by private Spanish fashion and fragrance group Puig, only saying in a brief statement that it would continue to exist.

"I will be celebrating my 50th anniversary in fashion with a major Haute Couture fashion show," Gaultier said in short statement.

"Be reassured that Gaultier Paris will go on, with a new project which I am the instigator, and that will be revealed to you very soon," he said.

His fashion firm could not be reached for further comment on whether Gaultier would be appointing a successor as creative chief, or what his plans were.

The affable Frenchman, who will be celebrating his 50-year-career in the industry with his swansong runway show next week, brought an often elusive sense of fun to the world of fashion.

Some of his tongue-in-cheek collections in recent years included one themed around cigarettes, which he presented as a dig at overly moralistic attitudes. 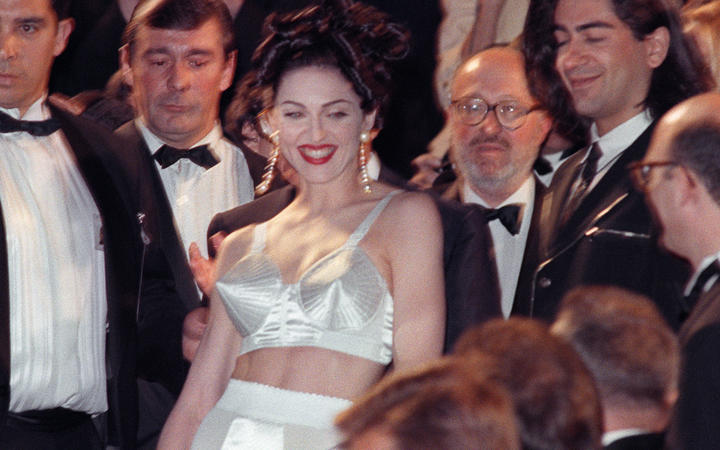 Madonna displays the outfit, designed by French Jean-Paul Gaultier as she leaves the Cannes Festival Palace after the screening of her movie "in Bed with Madonna", 13 May 1991 in Cannes. Photo: AFP

Gaultier, who has also designed costumes for films and co-presented cult television show Eurotrash, has long been known for pushing boundaries in fashion, blurring the lines between men's and women's clothing.

One of the few household names in high fashion, Gaultier Gaultier emerged as one of the leading young talents in French fashion during the early 1980s, shaking up the establishment with wild designs drawn from street culture, punk and the gay club scene.

His reputation as a provocateur brought him both fame and contempt from other fashion designers. He is best known for some of his sexy designs and stage costumes, including a conical bra worn by singer Madonna, as well as the sailor-style, white and blue striped tops that Gaultier often wears himself.

Gaultier made his first steps in the industry as an apprentice of French designer Pierre Cardin in the 1970s, going on to present his first individual collection in 1976.

He later also worked as a designer for Hermes, which used to own a large stake in his label before selling it to Puig in 2011.