The White House broke the law by withholding aid to Ukraine that had been approved by the US Congress, a government watchdog has said. 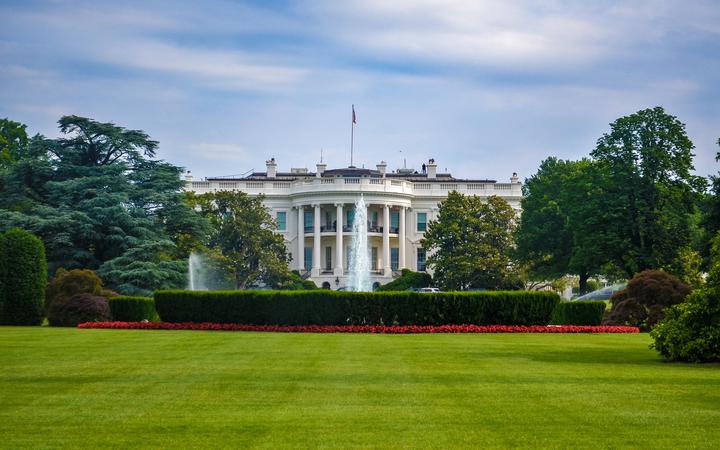 The ruling from the Government Accountability Office (GAO) is a blow to US President Donald Trump as he faces an impeachment trial in the Senate.

Trump was impeached in the US House of Representatives last month and is accused of abuse of power and obstruction of Congress.

He is accused of freezing aid to pressure Ukraine's President Volodymyr Zelensky to investigate Joe Biden - a US democrats political rival - and his son Hunter Biden.

The case was sent to the Senate on Wednesday local time, and the senate trial is set to begin.

Ukraine has opened a probe on separate allegations linked to the impeachment.

Why was the aid freeze illegal?

"Faithful execution of the law does not permit the President to substitute his own policy priorities for those that Congress has enacted into law," the decision by the GAO said.

The White House Office of Management and Budget (OMB) "withheld funds for a policy reason, which is not permitted under the Impoundment Control Act (ICA)," the ruling continued. 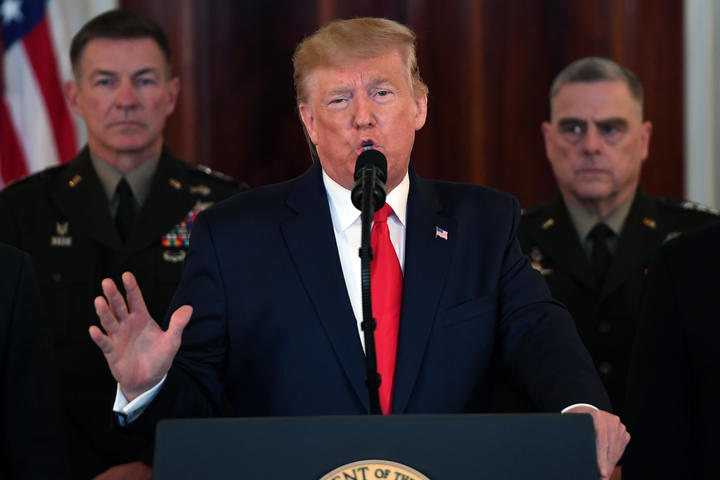 US President Donald Trump, who is facing an impeachment trial in the senate. Photo: AFP

The White House said it disagreed with the GAO's opinion, accusing the agency of an effort to "insert themselves into the media's controversy of the day".

Democrats welcomed the ruling. Maryland Senator Chris Van Hollen, who requested the GAO investigation, said on Twitter: "The public evidence shows that the president himself ordered this illegal act."

What led to Ukraine's investigation?

The ruling comes as Ukrainian authorities began a criminal investigation into whether the former US Ambassador to Ukraine, Marie Yovanovitch, was being spied on.

The former envoy's movements were being monitored, according to letters, phone records, notes and flash drives obtained from Lev Parnas, a Ukrainian-American businessman.

Parnas is an aide to Trump's personal lawyer Rudy Giuliani.

Some of the materials - which House Democrats are presenting as evidence in the impeachment inquiry - show Parnas and Giuliani discussing the removal of Yovanovitch, who was fired last May.

Several text messages appeared to suggest she was being tracked in the capital Kyiv.

Parnas was apparently given updates on the ambassador's location and mobile phone.

Parnas told NBC News that the only motivation to have Yovanovitch removed was that she was in the way of the effort to get Ukraine to announce an investigation into former Vice-President Joe Biden.

Biden is a potential Democratic rival to Trump in this year's US election.

Yovanovitch has called for an investigation into the messages.

"The notion that American citizens and others were monitoring [her] movements... is disturbing," her lawyer said.

What else did Lev Parnas say?

Parnas told NBC that he was in Ukraine to put pressure on officials to investigate Biden and his son Hunter, on behalf of Trump and Giuliani.

He said that Trump "knew exactly what was going on".

"I wouldn't do anything without the consent of Rudy Giuliani or the president. Why would President Zelensky's inner circle or [Interior] Minister [Arsen] Avakov or all these people or [former] President [Petro] Poroshenko meet with me?

"Who am I? They were told to meet with me. And that's the secret that they're trying to keep. I was on the ground doing their work," he added.

One handwritten note from Parnas stated: "Get Zalensky [sic] to Annonce [sic] that the Biden case will be investigated."

There is also a screenshot of a previously undisclosed letter from Giuliani to Zelensky, in which he asks to arrange a meeting.

Parnas said Trump had "decided to" withhold military aid to increase pressure on Ukraine to investigate the Bidens' activities.

Parnas also said he told a Ukrainian official that US Vice-President Mike Pence would not attend President Zelensky's inauguration unless there was an investigation into the Bidens.

The extent of Trump's involvement in the alleged plan to undermine Biden - whose son Hunter was on the board of Ukrainian gas firm Burisma - will be examined in his impeachment trial, which is due to begin next week.

He is accused of abuse of power and obstruction of Congress but denies any wrongdoing.