There have been nine official Democratic debates but this one had a real sense of urgency - in less than three weeks the candidates will face their first test. 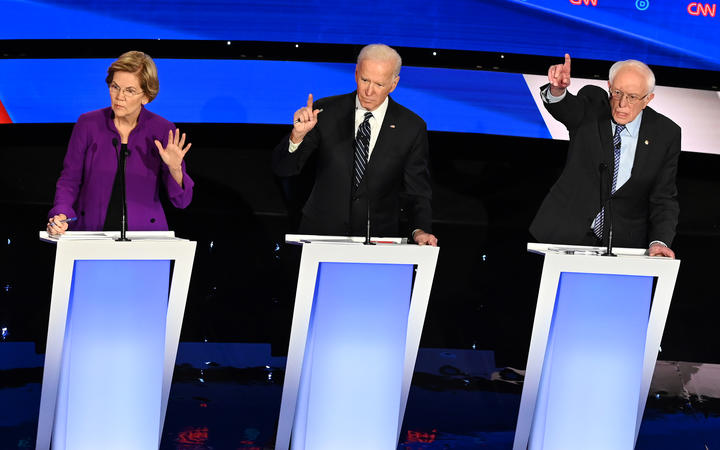 The primary season begins on 3 February with the Iowa caucuses, when the Democratic voters in this state will pick who they want to take on Donald Trump in November.

As the six White House hopefuls took to the debate stage in Des Moines, the Republican US president they have in their sights was mocking them at a rally 400 miles east in Wisconsin.

Here are some key moments from the debate - and the Trump rally.

What was the biggest moment?

The biggest news story in campaign politics over the past few days was the growing tensions between the two most liberal candidates, Elizabeth Warren and Bernie Sanders.

Warren had alleged that Sanders told her in December 2018 that a woman couldn't win the presidency - something Sanders denied. 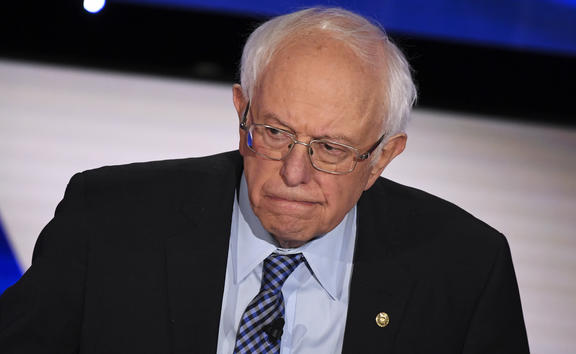 Asked about this during the debate, Sanders denied it again - saying he has long supported the idea of a woman president.

Then Warren had her turn, and in a set-piece response she clearly spent time crafting, she hit a number of political targets almost in one breath.

She started by essentially implying that Sanders was lying. She then pivoted her response into a shout-out for the electoral success that she and Amy Klobuchar, the other woman candidate on the stage, have had. They've won every election they've been in, she said to thunderous applause, while the three male politicians debating have lost 10 between them.

She ended by pitching herself as the unity candidate with a broad coalition.

"The real danger we face as Democrats is picking a candidate who can't pull party together or someone who takes for granted big parts of constituency," she said. "We need to excite all parts of party, bring everyone in and give everyone a Democrat to believe in."

Given that Sanders has been criticised for being too divisive, Pete Buttigieg for not being to draw significant minority support, and Biden for a lack of enthusiastic support, it was a roundhouse kick at the three candidates vying with her at the top of the polls.

Did she draw blood? The body language between Warren and Sanders at the conclusion of the debate - when they spoke heatedly and did not shake hands - told the tale. The non-aggression pact between the two candidates could be over just as the voting is set to begin.

What issue divided the candidates?

Due to the last week's Iran crisis, foreign policy for the first time opened the debate - and the candidates fell into two broad categories.

Elizabeth Warren and Bernie Sanders called for US forces to be withdrawn from the Middle East. 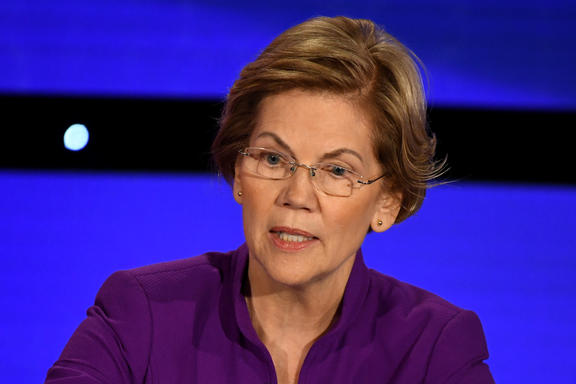 Warren quipped that US generals had been saying for years that the US was "turning a corner" in the Middle East and Afghanistan, but they could never detail exactly how and when the US could get out.

"We've turned the corner so many times we're going in circles in these regions," she quipped, before saying that the US had to stop asking the US military to solve problems that could not be addressed militarily.

Joe Biden, Amy Klobuchar and - somewhat obliquely - Pete Buttigieg came down in support of extending scaled-down US deployments in Iraq. Biden warned that without US troops in the region, the Islamic State might regain strength.

"They'll come back if we do not deal with them and we do not have someone who can bring together the rest of the world to go with us, with small numbers of special forces we have, to organize the effort to take them down," he said.

When the topic turned to trade, similar divides formed - with a twist. Sanders said he opposed the US-Mexico-Canada trade agreement negotiated by the Trump administration, while Warren said she reluctantly supported it as a "modest improvement".

There haven't been to many cracks between Warren and Sanders on policy, but this was one.

The irony, of course, is that recent polls show that a majority of Americans - and Democrats - are in favour of trade deals.

Americans tend not to vote on foreign policy issues outside of times of war or national crisis - but as last week showed, there's no telling when such a moment could arise.

How did Joe Biden do?

Warren may have had the standout moment during the debate, but the candidate who could end up emerging the biggest beneficiary of the evening is the one who has bumped and grinded through the months and still seems in the best position heading into primary season.

If there's a real break forming between Warren and Sanders, it is nothing but good news for the former vice-president. He can keep his head down while his fellow front-runners duke it out - and keeping his head down was exactly what he did on Tuesday night. 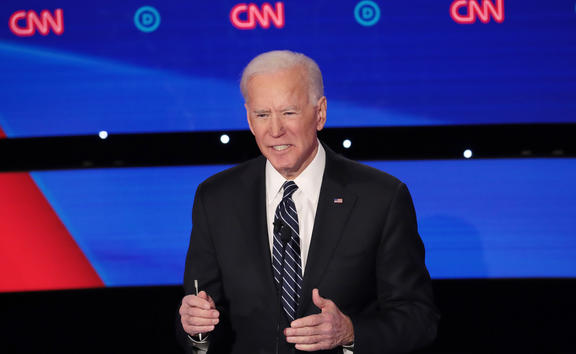 Over the course of the evening, Biden once again showed that he's never going to be a master debater. He wasn't when he was in his prime and he seems to have lost a step in recent years. Nevertheless, the smaller debate stage has benefited him. Where he tended to get lost and tired in the lengthy double-digit candidate scrums, he has been more engaged in the past two contests.

When the topic turned to impeachment, he noted that Republicans have "savaged my surviving son" - a subtle reference to the fact that he has buried three children, a source of sorrow that could generate public sympathy if Hunter Biden gets pulled into Trump's upcoming Senate trial.

After Warren had her moment, Biden got the last word before the commercial break, noting that he has "the broadest coalition of anyone running up here in this race".

That was a theme he returned to when asked whether he could go toe-to-toe with Trump in a general-election debate.

"I have support across the board," he said, touting his support from black and working-class voters. "I'm not worried about taking on Donald Trump at all."

Then it was time for more commercials.

Once again, Biden got the last word. And his competitors missed out on yet another opportunity to ding the former vice-president before the campaign moves from places like Iowa and New Hampshire to more diverse states, where the breadth of Biden's coalition could give him the upper hand.

Biden's far from a lock for the nomination, but he's keeping his ship afloat - which is more than many thought after his first few rocky debates.