US Senator Bernie Sanders has taken a narrow lead among Democratic presidential candidates in the important early-voting state of Iowa in a tight battle with three rivals, a poll released by the state's largest newspaper showed on Friday. 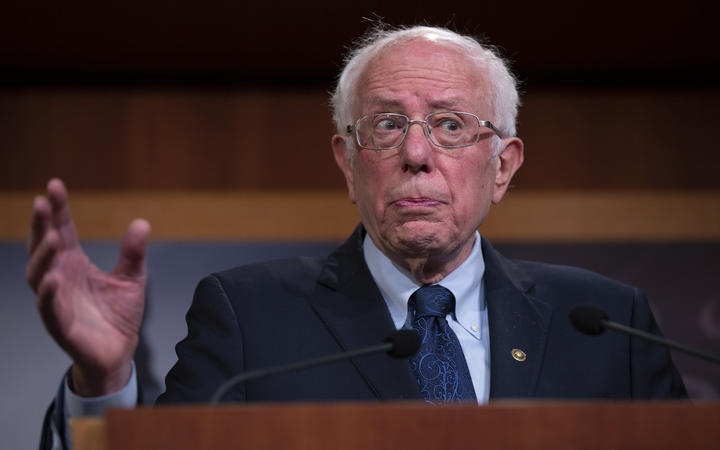 Iowa voters cast ballots in party caucuses on 3 February in the first contest in the state-by-state process of selecting a Democratic challenger to Republican President Donald Trump in the 3 November general election. Thirteen Democrats are in the race.

The poll found a clear top tier of four candidates competing in Iowa. Sanders received support from 20 percent of respondents in the poll, with the next three candidates - US Senator Elizabeth Warren, former South Bend, Indiana Mayor Pete Buttigieg and former Vice President Joe Biden - in a statistical tie behind him in the poll conducted by Iowa polling firm Selzer & Co and released by the Des Moines Register newspaper.

The poll found Warren at 17 percent, Buttigieg at 16 percent and Biden at 15 percent. Buttigieg experienced the biggest drop in support compared to the same poll conducted in November, losing 9 percentage points.

The remainder of candidates polled below 10 percent. Clearing 15 percent is important in Iowa, a state whose caucus system means supporters of candidates that do not meet a 15 percent threshold are forced to make a second choice.

The poll is conducted in conjunction with CNN and cable company Mediacom. The survey of 701 likely caucus attendees was conducted 2-8 January and has a margin of error of 3.7 percentage points.

Finishing among the top three in Iowa has been crucial for candidates seeking their party's nomination in past presidential races, with those who fail to do so often finding their campaigns ending before voters in New Hampshire head to the polls for the second nominating contest. New Hampshire's primary is scheduled for 11 February.

The poll still found room for movement among the candidates. Only 40 percent of poll respondents said they had finalized their choice, with 45 percent saying they could still change their mind.

The poll is likely to be the final survey eligible to allow candidates to qualify under the rules set for next Tuesday's Democratic candidate debate in the state capital Des Moines. Six candidates have qualified for the debate: Biden, Sanders, Buttigieg, Warren, US Senator Amy Klobuchar and businessman Tom Steyer. The results from the Des Moines Register poll will not help others qualify.