Taiwan's President Tsai Ing-wen has told the BBC that China needs to "face reality" and show the island "respect". 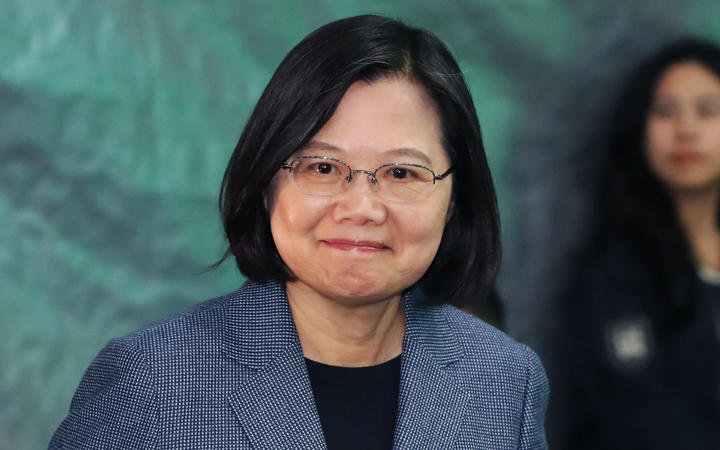 She was re-elected for a second term on Saturday, winning by a landslide after a campaign in which she focused heavily on the rising threat from Beijing.

The Chinese Communist Party has long claimed sovereignty over Taiwan and the right to take it by force if necessary.

Tsai insisted that the sovereignty of the self-governing island was not in doubt or up for negotiation.

"We don't have a need to declare ourselves an independent state," the 63-year-old president told the BBC in an exclusive interview, her first since the election.

"We are an independent country already and we call ourselves the Republic of China, Taiwan."

Such statements infuriate Beijing, which wants a return to the "One China" principle favoured by the main rival she saw off in the race for president, Han Kuo-yu from the Kuomintang party.

His party traces its roots to the defeated nationalists in the Chinese civil war, who fled to Taiwan and continued to see the island as part of a greater China from which they had been usurped.

In recent years, that concept of One China has proved a useful compromise, Taiwanese supporters of it argue.

China insists on its acceptance as a prerequisite for building economic ties with Taiwan, precisely because doing so is an explicit denial of its existence as a de facto island state.

But it is clear that Tsai believes her victory is proof of how little appetite there now is for the One China concept and the ambiguity it allowed over Taiwan's real status.

"The situation has changed," she said"The ambiguity can no longer serve the purposes it was intended to serve."

And what has really changed, she suggestedis China.

"Because [for more than] three years we're seeing China has been intensifying its threat... they have their military vessels and aircraft cruising around the island," she said

"And also, the things happening in Hong Kong, people get a real sense that this threat is real and it's getting more and more serious."

Taiwan's interests, she believes, are not best served by semantics but by facing up to the reality, in particular the aspirations of the Taiwanese youth who flocked to her cause.

"We have a separate identity and we're a country of our own. So, if there's anything that runs counter to this idea, they will stand up and say that's not acceptable to us.

"We're a successful democracy, we have a pretty decent economy, we deserve respect from China."

For President Tsai's critics, her stance is needlessly provocative, one that only risks increasing the very danger she warns about - open hostility.

But she said has shown restraint. She has, for example, stopped short of the formal declaration of independence - amending the constitution and changing the flag - that some in her Democratic Progressive Party would like.

China has said it would regard such a move as a pretext for military action.

"There are so many pressures, so much pressure here that we should go further," she said.

"But [for] more than three years, we have been telling China that maintaining a status quo remains our policy... I think that is a very friendly gesture to China."

While Tsai said she is open to dialogue, she is also well aware that as a result of her victory, Beijing may well increase its pressure on Taiwan.

In response, she is trying to diversify Taiwan's trading relationships and boost the domestic economy, in particular by encouraging Taiwanese investors who have built factories in China to consider relocating back home.

And she is planning for all eventualities.

"You cannot exclude the possibility of war at any time," she said.

"But the thing is you have to get yourself prepared and develop the ability to defend yourself."

And is Taiwan ready?

"We have been trying very hard and making a lot of efforts to strengthen our capability," she replied.

"Invading Taiwan is something that is going to be very costly for China."